In January 2015, ecommerce content marketers can use infographics, animation, videos, podcasts, and national holidays to connect with potential customers.

Content marketing is the art and science, if you will, of creating, publishing, and distributing content — blog posts, photographs, images, videos, or similar — to attract, engage, or retain customers.

Information graphics are graphical representations of data or information. Within the data visualization context, they are what happens when a statistician bumps into a graphic designer. And people love them.

In fact, many companies in business-to-business sales use infographics (which is the more popular name for an information graphic) to attract potential customers and capture leads. And infographics are very shareable. Consumers will post them to Facebook and Pinterest; journalists and bloggers will republish them; and they can even be released via traditional public relations channels.

In spite of all of this promotional goodness, not too many retailers use them. So here is your chance in January 2015.

Ecommerce marketers can use infographics in at least three ways:

Similarly, information graphics can help customers with product selection. A retailer that sold fishing gear could produce and publish an infographic that described different kinds of rods or reels and help shoppers decide which ones made the most sense for them. 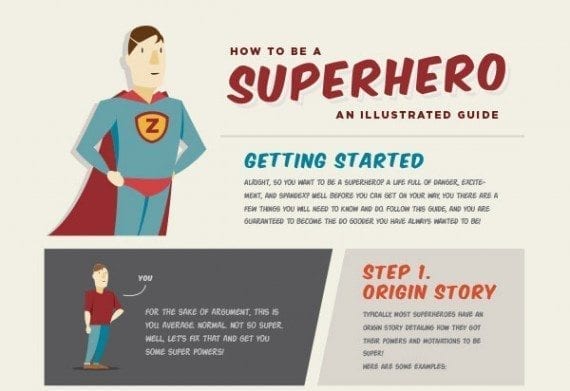 This superhero infographic is engaging and entertaining.

2. A How-to Article with GIFs

The graphics interchange format (GIF) is an eight-bit image format that was first introduced in 1987. In general, the GIF is inferior to either a joint photographic experts group (JPG) image or portable network graphic (PNG) in terms of quality. But GIFs do have one somewhat unique capability in that they can be animated — like short, mini-movies.

The animated GIF was, to some designers, the bane of website design in the 1990s as seemingly every site had a spinning globe or dancing logo. To get a taste for how bad animated gifs can be, spend more than a minute on the Ling’s Cars website where dozens of animated GIFs are employed.

In spite of the potential for abuse, a recent article on BuzzFeed demonstrated just how powerful a well-done, animated GIF could be for how-to content.

In the article, Alison Caporimo, a BuzzFeed staff writer, used animated gifs to teach readers a faster and better way to wrap some kinds of Christmas presents. Each step in the process could be watched repeatedly until the viewer had a good idea of how to actually complete each part of the task.

For January 2015, ecommerce marketers might create how-to articles that use animated GIFs to demonstrate each step in a process. Caporimo’s BuzzFeed article can serve as a sort of template.

In 2015, video content will become increasingly important for at least a couple of reasons: consumers love watching online videos and making a video is becoming easier for even the smallest of businesses.

With this in mind, ecommerce content marketers would be wise to start producing videos early and often in 2015.

In January, when shoppers may be less disposed to make purchases, consider offering video content that is entertaining and engaging with the aim of building relationships with potential customers. 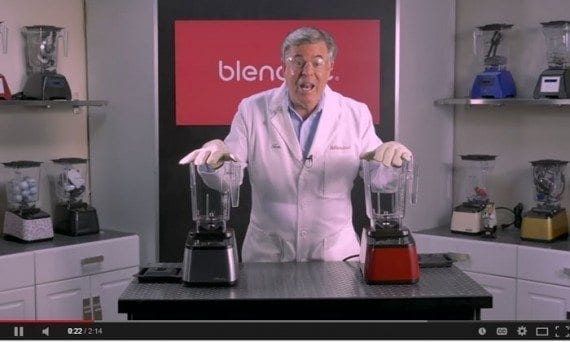 Will It Blend is the classic example of entertaining videos that connect to customers.

To make the point, consider the classic example of Will it Blend for retail entertainment video content marketing. The show has been running on YouTube for years, and is still fun to watch, as random objects are torn to shreds in a Blendtec blender. In a recent episode, popular holiday toys were turned to smoke.

King was one of the most important leaders of the nonviolent, American civil rights movement in the 1950s and 1960s. In 1963, King gave a beautifully written and delivered speech — known for the phrase “I have a dream” — wherein he called for an end to racism.

MLK Day 2015, is an opportunity to sincerely commemorate Dr. King’s contributions and celebrate just how far the world has come. 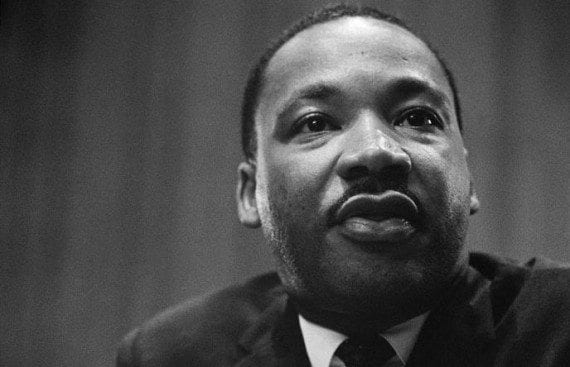 Marketers will be careful to honor the spirit of the holiday and build relationships with customers not simply because you want to sell them something, but because of the ideas and principles the day represents.

Podcasts can have a few different definitions; frequently the term describes an audio program published on the Internet.

Podcasts are often topical. They are released on a regular schedule, and they contain information that is helpful to listeners.

Podcasts may also represent a strong opportunity for ecommerce marketers. For example, a retailer in the Northwest uses a weekly podcast to provide gardening tips and information. The podcast is regional in nature so that it supports both the retailer’s ecommerce operations and its stores. Several hundred customers listen to the podcast each week, typically. 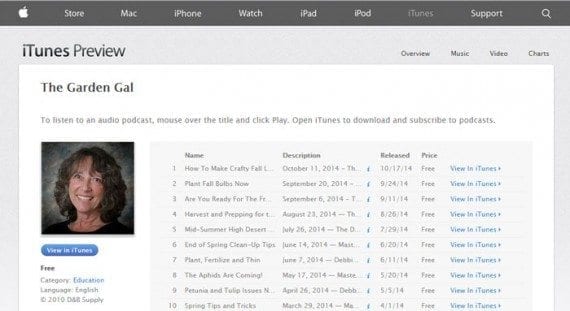 Retailers can use podcasts to provide potential customers with useful content.

Creating a podcast requires a commitment, but is technically not hard. Online sellers may find that starting a podcast in January 2015 will be a good way to build lasting relationships with customers.