Content marketing is the act of creating, publishing, and distributing content like blog posts, photographs, images, videos, or similar that is useful or entertaining with the end goal of attracting, engaging, or retaining customers.

The premise behind content marketing is simply that if you give your shoppers something they like, something that helps them or even entertains them, their relationship with your company will improve. Your business won’t simply be a place they shop, but a source of value.

Fast Company reported in an article called “The 10 Commandments of Content” that “custom content is 92 percent more effective than traditional TV advertising at increasing awareness and 168 percent more powerful at driving purchase preference.”

With this mind, here are five content marketing ideas that you can use to help boost your ecommerce business in November 2014.

In the United States, Thanksgiving Day is generally borrowed from the Pilgrims’ various thanksgiving feasts, which sought to praise God for a bountiful harvest.

While the United States almost certainly celebrated good harvests and similar from the beginning, the first national day of thanksgiving was not until 1777 after the Revolutionary War victory at Saratoga. But that holiday did not stick, if you will, and days of thanksgiving tended to be regional celebrations until the U.S. Civil War.

In 1863, President Lincoln declared Thanksgiving a national holiday to be held in the last week of November each year. The observance was intended to heal the nation. Several citizens, not the least of which was writer Sarah Josepha Hale, who penned the poem Mary Had a Little Lamb, had campaigned for the holiday’s creation. 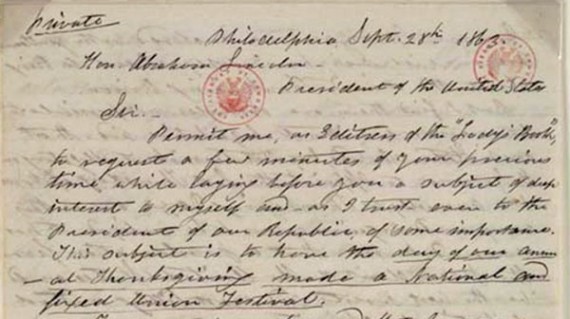 Sarah Hale wrote letters to President Lincoln urging the creation of a national day of thanksgiving.

As a content marketing topic, Thanksgiving is both broad and deep. You could write about the history of the holiday, as was just done above, talk about any aspect of it from football games to turkey consumption, and use it for nearly any industry segment.

To demonstrate how flexible the topic is, here are a number of potential article titles. Several of these were generated using Portent’s Content Idea Generator.

Not everything that shoppers buy is as simple or straightforward as some might imagine. Rather, some purchases can be quite complex.

As an example, consider shopping for a longboard that you want to give to a 19-year-old relative. What’s the proper shape? Which wheels make the most sense? What are trucks? If you don’t know how to answer these questions, you might buy the wrong board, and your great gift idea becomes something unwanted.

Enter the video buying guide. A short explanation of the features of a product or product category that matter when you’re making a buying decision.

Watch this video below from Buckeye Surf and Snow, and you’ll see Jeremy guide you through the longboard selection process. Notice also that the video was seemingly made with a simple, tripod-mounted camcorder like the one that you probably own. Over the past two years, this video buying guide has been viewed more than 270,000 times on YouTube.

Lists are a staple for content marketers for at least three reasons. First, lists tend to perform well in search and social media. Second, lists are easy to write, since they do not necessarily require an ongoing narrative. Third, lists can also be easier to scan, so that some readers might take a quick look at a list, skipping from sub headline to sub headline. 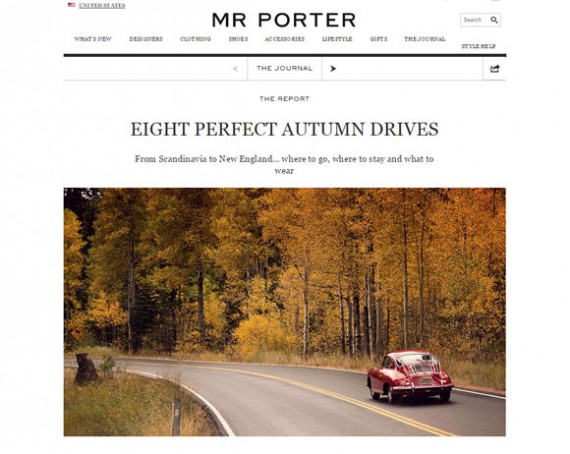 Recently, retail site Mr. Porter, published a great list article on its blog, The Journal. The post describes “Eight Perfect Autumn Drives,” and includes suggestions, from Mr. Porter’s products, about what one should wear. Here is a sample from the list, describing the San Juan Skyway in Colorado.

“Start in Santa Fe, New Mexico and head north towards Colorado. The Skyway loops some 230 miles through the San Juan mountains, through old mining towns turned ski towns, Durango, Dolores, Silverton and Telluride. This is Butch Cassidy country — he robbed his first bank in Telluride. The road clings to the rims of canyons and the edges of mountains, hurtling you through aspens changing from green to red and gold. Settle your jangled nerves in the back-room bar at Telluride’s New Sheridan Hotel, where Mr Stormin’ Norman Schwarzkopf is said to have played a regular poker game. It’s a dark place of huge steaks and strong drink, a respite after long days in the saddle and blinding mountain sun.”

For your own list, look to your products and the lifestyle they represent. If you sell sewing products, write sewing-relating lists. If you sell tools, your list articles should be about tools or the related-lifestyle. 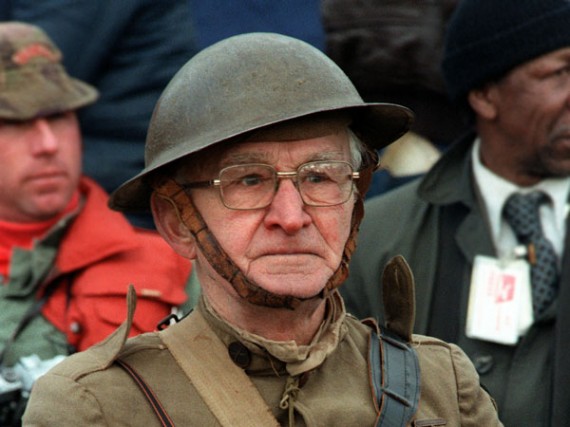 Thanksgiving is not November’s only important holiday in the United States. Earlier in the month, you’ll find Veterans Day, which honors people who have served in the U.S. armed forces.

From the content marketing perspective, Veterans Day is an opportunity to give a nod, if you will, to a significant customer segment. In fact, if, as estimated by the National Center for Veterans Analysis and Statistics, there are between 21 and 22 million veterans in the United States, those folks represent something like 8 percent of the total U.S. adult population.

In your blog, write a post that genuinely seeks to honor these folks. It may be that you describe the holiday’s history or tell one customer’s story. These posts can contain emotion, so long as it is genuine.

5. Have Customers Tell Your Story

Recently, Big R Farm and Ranch Supply — a brick-and-mortar retail chain with stores in Washington, Idaho, and Montana — changed its name to North 40 Outfitters. As part of the promotion, it created a video that showed customers describing what they thought about the store. Although the chain is not actually using the video this way, it would make superb content for an “About” page.

So the final content marketing suggestion for November is to have your customers describe your business and use that content on your “About” page.