Chart of the Week: Internet Ad Revenue Declines in 2009

U.S. Internet advertising revenue was $10.9 billion for the first half of 2009, a 5.3 percent decline from the same period a year ago, according to a report from the Interactive Advertising Bureau and PricewaterhouseCoopers.

The “Internet Advertising Revenue Report” states that search and display-related advertising continue to represent the largest percentages of overall interactive advertising spend. Search revenues amounted to more than $5.1 billion for the first six months of 2009, up slightly from that same period in 2008. Display-related advertising—which includes display ads, rich media, digital video and sponsorship—totaled nearly $3.8 billion in the first six months of 2009, showing a relatively modest 1.1 percent decline from the same period in 2008. Digital video advertising continues to experience robust growth with a 38 percent increase from the first half of 2008.

“We are in one of the most difficult economic slumps in decades. Interactive is one of the advertising sectors that has been least affected,” said Randall Rothenberg, President and CEO of the IAB. “In recent years the digital revolution has driven a transformation of how consumers experience advertising and media. As the economy improves, we’re confident that brands will devote an even greater share of their budgets to reaching consumers as they make interactive media a larger part of their lives.”

“While the overall advertising market has continued to be impacted by current economic conditions, marketers are allocating more of their dollars to digital media for its accountability and because consumers are spending more of their leisure time online,” said David Silverman, PwC Assurance partner. 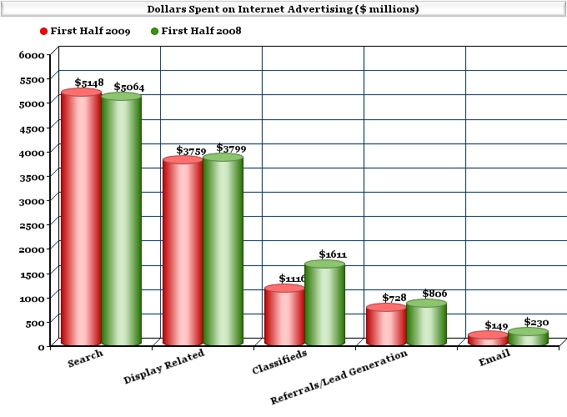 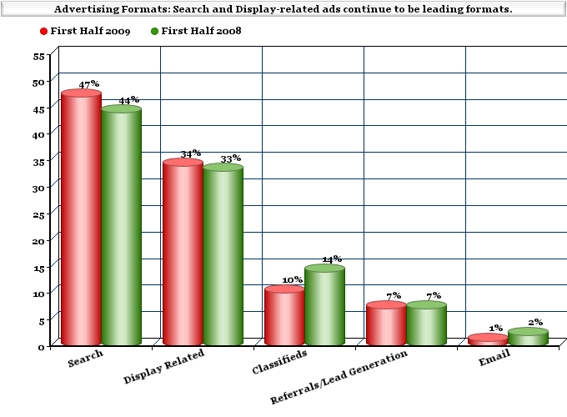