According to Flanigan, the VP-ASP cart allows for a virtually unlimited number of users per license. “Because of that, it is hard to give an exact number of users,” he said. “But, we estimate that there are roughly 300,000 users of VP-ASP, including both commercial and free versions.” 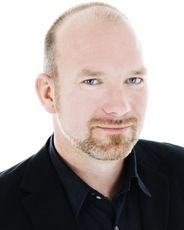 Cam Flanigan: “VP-ASP was one of the first shopping cart systems available in the market. It appeared in the 90s together with Amazon and eBay. It was formally released in 1999 for the first time.

“Five years later, Rocksalt International acquired VP-ASP and YourVirtualStore, a software development company and reseller of VP-ASP. The following release of VP-ASP combined the selection of the most popular features from both systems.

“Since then we have been constantly researching and upgrading our software to meet the challenges of the rapidly developing market. With so many things happening online, the hardest part is to recognize and address the long-term trends from the very beginning to keep a step ahead of our competitors. We have a long history of updates and upgrades, and we just launched version 7.0.

“Despite the fact that VP-ASP comes from Australia, currently it mainly sells in the United States and United Kingdom. It is a genuinely international shopping cart, and it is available in more than 20 languages. We want to make sure that anyone in the world can use it.

“It is also extremely scalable. We do not put any restrictions on growth, so if our customer’s business grows rapidly – say from $20K to $20 million a year, or from selling 100 items to 100,000 items – VP-ASP caters for that growth.

“Also, we have put a lot of effort into making VP-ASP user-friendly in virtually every aspect, from the user manual to the administration area. We are currently working on development of high quality step-by-step video tutorials with audio and text alternatives.”

Listen to Cam Flanigan discuss his early years in the ecommerce industry, and the launch in 1999 of VP-ASP cart.

Flanigan: “We offer both licensed and a semi-hosted options. By semi-hosted I mean we offer a hybrid product – it still has all advantages of a license, because it is open source. Plus our team will set the software up for a customer on our servers where it will be hosted and looked after by us. We also install the design template of the customer’s choice.”

PeC: How much does VP-ASP cost?

Flanigan: “We have a number of different options starting from our free package for entry level storefronts.

“We offer three types of licenses: Value Pac for $295 is a basic cart; Plus Pac for $495 has a range of ecommerce tools; and Deluxe Pac for $795 includes all VP-ASP features.

“Customers can also purchase modules separately to add to their store. Add-on modules, such as affiliate and loyalty systems or SEO manager, start from a one-time fee of $75. Some modules, such as fraud alert, are based on a monthly subscription for as little as $10 a month. Existing customers benefit from 12 months of free upgrades and generous discounts (as high as 50 percent).”

PeC: What is your company doing to become PCI compliant?

Flanigan: “The latest release, version 7.0, has been rewritten to comply with all PCI-DSS requirements. We are in the process of being audited for PCI-DSS and are looking forward to being able to promote this as soon as everything goes through.” [Editor’s Note: Neither Rocksalt International nor VP-ASP Shopping Cart is currently named on The PCI Security Standards Council’s list of validated payment applications.]

Flanigan: “Because VP-ASP is an open source solution, there is almost no limit to what you can do with the software. It has an incredibly powerful engine humming away under the hood and it can be used as a great base for adding new features if the out-of-the-box features do not meet your needs.”

Flanigan: “Being open source we miss out on some of the more fancy technologies coming along now. When we develop our new hosted version we will be addressing this shortfall in a big way.”

PeC: What plans do you have for future cart development?

Flanigan: “We plan to build a fully-hosted solution with some really great site development tools for our next version. One of the big things we will be developing for VP-ASP Hosted will be the ability to drag and drop components about the page making designing and changing the look much simpler.”

Flanigan: “VP-ASP offers great flexibility and high security, and it’s been designed for growth and diversity. It has a broad range of marketing features, such as customer retention tools to convert existing customers, plus an SEO manager to help build site exposure on the web, and a comprehensive set of up-selling and cross-selling tools that not many shopping cart systems offer.

“And, it is truly international, it makes it easy to sell anywhere in the world without leaving your office.”

Flanigan: “When choosing a shopping cart, consider ongoing costs for updates and upgrades and how your shopping cart is going to fit when your business needs start changing due to growth.

“It is also important that you check out the quality of the helpdesk service of your software provider prior to signing up. In the online business you really need all your questions answered almost instantly.”

Alan Maclachlan is director of All Jigsaw Puzzles, a U.K.-based online store with an extensive catalog of jigsaw puzzles. The store brings in approximately £1.2 million GBP [$1,943,525 USD] in gross annual revenue through VP-ASP Shopping Cart. Maclachlan provides his comments and opinions about the cart below.

PeC: How long has your company been using VP-ASP? 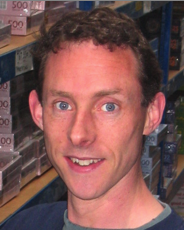 Alan Maclachlan: “Since 2004. I looked at several solutions and VP-ASP won because of the price and range of features, and it also had the ability to grow along with my business.”

Maclachlan: “You get the source code and their support. Having the source code allows you to do almost anything. If it’s not already included in the cart, the staff can write a script to do exactly what you want.

“To start out, it probably does everything you need. But, as your business grows, you may think of ideas and features you want to include. If they are not built in, they can generally be programmed, and you can do that with the code. Plus, the technical support is amazing. I know no code at all, but they look after it all for me.”

Maclachlan: “It really does everything I need, but I guess it would be nice to show and perhaps email customers special offers based on their past shopping history.”

PeC: How would VP-ASP improve another merchant’s business?

Maclachlan: “It’s so flexible, you can design it how you want. It’s stable. It has great support, and it is very easy to use, even for non-programmers like me.”

Maclachlan: “I have recommended this cart to a few friends who now use it, and all of them are delighted with it.”