As many as three percent of ecommerce consumers are visually impaired, or otherwise require the use of a screen reader to read text on a screen. For an ecommerce site with 10,000 visitors per month, then, at least 300 of them are likely using some form of a screen reader.

In an effort to help ecommerce merchants understand screen reader technology, we asked contributor Joseph Dolson, an assistive technology expert, eight questions about the use of that software.

1. How many screen readers are on the market today, and what are the major brands?

“If we choose to define ‘on the market’ as the set of commercially licensed screen readers, then there are approximately 15-20 screen reader software packages available. The exact number is hard to pin down as new readers appear periodically and older ones sometimes disappear. Sometimes a freeware project will become commercial.

“The major brands are much easier to pin down. On the basis of a survey by WebAIM, a site devoted to assisting Internet access to disabled consumers, the reader with the most users is JAWS (Job Access With Speech) from Freedom Scientific, at nearly two-thirds of the market. After that, the biggest commercial provider is Window-Eyes from GW Micro. Serotek’s System Access and Dolphin’s Hal are probably the last commercial readers to really have a significant presence in the marketplace.

“All of these providers are specialized to the Windows operating system. When you’re looking at screen readers for Mac or for mobile browsing, the number of available options dwindle significantly.”

2. How much does a screen reader cost? 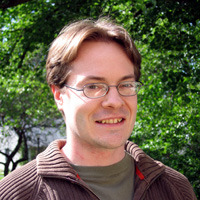 “The prices vary fairly significantly and the costs aren’t trivial when you’re looking at the major commercial products. If you’re picking one of the open source or freeware screen readers, your costs will be significantly reduced, but your screen reader may not support nearly as wide a scope of your software and operating system functions. But here’s a rundown of the major licensed providers, and the cost:

“It’s difficult to fairly compare VoiceOver to any other screen reader. The first reason this is a challenge is because there aren’t really any other choices for Mac screen readers. When making a comparison, you’re inevitably making a false comparison: VoiceOver on Mac to JAWS on Windows, for example. To make a general comparison, however, it’s fair to say that VoiceOver gives comparable access on Mac to the access provided by JAWS on Windows. In some ways it’s better because it’s built into the operating system, it has a native understanding of the core software and the operating system that provides very effective navigation of those tools. However, it can be less effective in some ways with secondary software.

“Windows Narrator, on the other hand, can be readily compared to any of the major screen readers available for the Windows operating systems. It doesn’t compare particularly favorably, however. Where VoiceOver is targeted at making the Apple operating system accessible; Narrator is really only targeted at providing some ‘basic screen-reading capabilities that allow you to use Windows when you don’t have a more full-featured screen reader’. Narrator is not intended to provide complete access to your computer; it won’t provide access to the content of some programs, it won’t read operating system notifications; and it won’t even read the contents of some file folders. It’s usable and will allow you to perform basic tasks, but isn’t a substitute for a fully-featured screen reader in any way.”

4. What percentage of visitors to an ecommerce site use screen readers?

“Those are very hard numbers to obtain. The only real way to do it is via estimation. Since screen readers are not the actual methods used to access your site–they’re just an interpretation layer imposed over the user’s normal browser–there’s no statistical way to gather that information. However, you can make some estimates based on demographic disability statistics. There’s a great deal of assumption necessary to make these estimates, such as:

“These are very broad assumptions, but they should stand to give some idea of numbers. Assuming that an equal percentage of people with disabilities have Internet access as the general population allows us to ignore the actual percentage of disabled users with Internet access. From a web analytics perspective, we can assume that the percentage of people with vision disabilities is a percentage of the whole. We can then reference [U.S. census disability statistics] (http://www.census.gov/hhes/www/disability/sipp/disable05.html) to get at the numbers for vision disabilities. Users with difficulty seeing are estimated in this report at 3.4 percent of the population; 0.8 percent of the population have severe sight impairment.

“But these suppositions are fundamentally flawed. There is no actual reason to assume that Internet access and use among users with disabilities matches the general statistics for Internet access in the U.S. population. Similarly, there is no foundation for the percentage of blind or low vision users who use screen readers. Finally, these numbers have no way of indicating the amount of online shopping performed by people with screen readers. All of these numbers can change these estimates radically.

“The Internet has been considered a great equalizer for people with disabilities, providing relatively easy access to shopping, information, and social life online. As such, it is entirely plausible to suppose that these percentages could be significantly higher.”

5. What are the primary mistakes that merchants make with their sites that cause problems to screen readers?

“The top three errors would probably be:

“None of these are necessarily stopping errors, however. They may still leave the website usable, but more difficult. The most severe errors include unusable navigation, dependence on mouse events, and failure to make error messages available to users. These may not be the most common errors, but making them can break the website entirely.”

6. What’s the easiest way for a merchant to determine if his or her site is accessible to the screen reader audience?

“The easiest way is to ask somebody using a screen reader to make a purchase on the site. That person can provide the most concrete and definitive answers about whether or not the site is accessible. Assuming that they’re successful at making a purchase, asking them a few basic follow-up questions can tell you a lot:

“This review won’t tell you how to fix your website; but it will give you a good sense for how necessary it is.

“Short of hiring an actual screen reader user to check your website, merchants can download the demo versions of most major screen readers and experiment for themselves. When merchants do their own testing, however, they should turn off their monitors and disconnect their mouses. Otherwise, they’re likely to solve a problem in a way which is not available to real screen reader users.”

7. Are there certifications that merchants can obtain to document their sites’ accessibility?

“Sort of. There are organizations that provide independent reviews and certifications, but there is no formal or regulated body providing certification. WebAIM provides a certification service involving a complete evaluation and repair process, but the authority behind the certificate is WebAIM.”

8. What about other disabilities?

“Creating a truly accessible website means considering many, many issues. Screen readers are very important, but they are only the tip of the iceberg. A greater percentage of users are likely to be using other assistive technologies to use your website.”

Here’s a demonstration video from JAWS.