If such a person is unavailable, head to the nearest university and recruit a language student. Email or call language department heads asking for student volunteers who will clean up the translations for free or for a low rate. Never underestimate a student’s willingness to work for cheap, especially during a recession.

Below is a review of what I found to be the top three machine translation tools on the web. I conducted this experiment first by asking bilingual friends and colleagues their preferred translation programs. I chose these three to review based on those recommendations and my own experiences abroad. (I’m writing this from Hanoi, Vietnam.)

I then tested them by running a sentence through a translator for three languages from three different families—Spanish, Russian and Mandarin Chinese. I then copied and pasted these translated sentences into the translator again and converted them back to English. The sentence I used was, “Your satisfaction is our number one priority.” 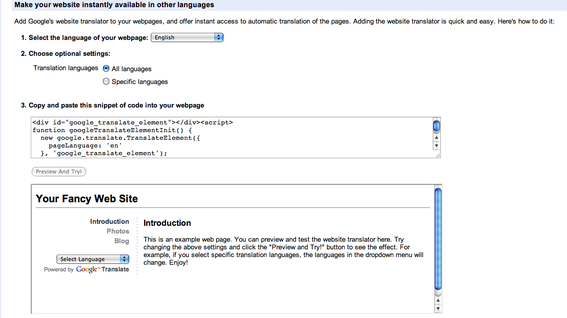 Google Translate is the most multi-faceted tool available for a wide variety of languages. Its features are unique, free and easy to use. Like most translators designed and implemented in the West, it works best with European languages.

Google Translate allows users to translate words, phrases, sentences, web pages or entire documents. It has the unique feature of being integrated with GChat, so speakers of different languages could theoretically have conversations through the translator tool. This GChat tool, found under the “translator toolkit” link, allows for collaborative translation, and would potentially be a great way to work with a machine translator and a human helper at the same time, as in the situation described above.

Google Translate also provides JavaScript code for its translator tool, allowing for developers to embed it in their web pages, automatically detecting users’ language settings and translating text accordingly. This is not necessarily a good thing to rely on for accurate translation, although it is a good start. The other problem is that you have to accept a small “powered by Google Translate” icon on your page. 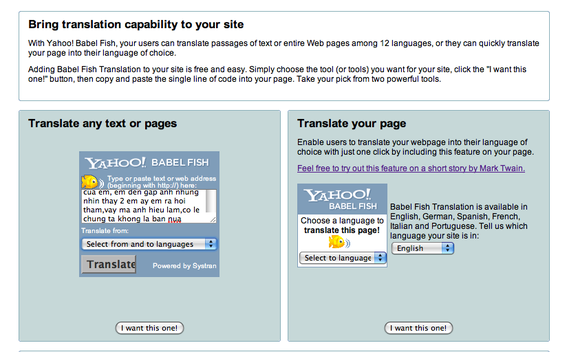 Babel Fish, named after the fictional species in Douglas Adams’s Hitchhiker’s Guide to the Galaxy series, offers web page translation capabilities. Babel Fish also offers its code to designers to insert a JavaScript tool onto a page, with a little box and icon allowing users to translate between languages.

It has a much more limited set of languages available for translation than many machine translators. Users can choose between Chinese, Dutch, French, German, Greek, Italian, Japanese, Korean, Portuguese, Russian and Spanish. This is a fairly comprehensive list, but is still inaccessible to large swaths of the global market. The omission of Arabic, Hindi and Urdu are the most glaring examples. 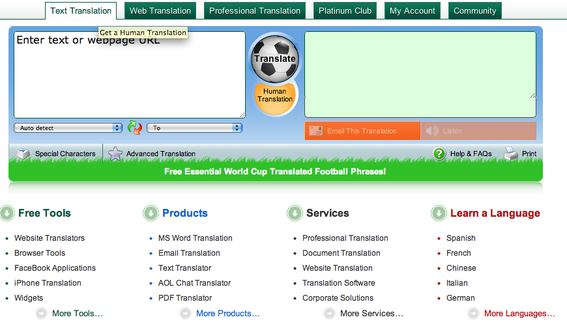 FreeTranslations.com offers free web page translations, though this tool took much longer to translate and render web pages than Google Translate and Yahoo! Babel Fish. A unique feature is their additional offering of professional translation services. They can give users quotes on prices based on word count just by uploading a document and choosing the language they want translated.

Unlike Yahoo! Babel Fish and Google Translate, it limits the number of characters and translations users submit per day, unless you are will to pay about $10 per year to join their “Platinum Club.”

Given the combination of translation accuracy and services offered, I would rank these three translation programs as such. Google Translate is the most accurate, popular with the bilinguals I spoke to and offers the most services for free. FreeTranslations.com has good Mandarin-English translations and includes a wide variety of languages, as well as the ability to get a quote for professional translations through SDL International. Yahoo! Babel Fish was least accurate out of these three and offered the least amount of languages.

Even the best machine translators cannot do the job on their own. This litmus test shows the necessity of having a person check machine translations before publishing them to your site.