Here is a list of stand-out social media in 2015. There are social petitions, creative Vine and Periscope videos, multi-generational content, campaign parodies, multiple calls to the outdoors, and emoji innovations.

Turkish Airlines presented the world’s first live-broadcasted flight on Periscope. On June 6, Turkish Airlines announced the event on its Twitter page. Then on June 10, it started the live broadcast from the crew garden. It broadcasted boarding, exterior check, a question-and-answer session from viewers on aviation, and then broadcast the flight via Wi-Fi. Viewers guessed where the flight was landing, and the event finished with the crew visiting Times Square in New York City.

To promote its Ultimate Cups (“the cups that party as hard as you do”), Hefty ran a series of videos on YouTube featuring cool party moms. In the cadence of party-hopping teenager, each mom recounts previous exploits with her friends. The videos are hilarious. They also speak to multiple demographics — millennials as well as their parents. The videos received roughly two million views each. 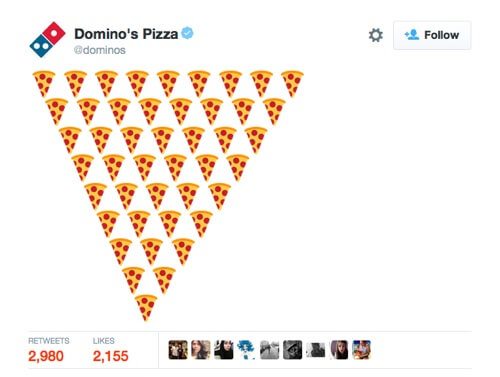 Through a series of pizza emoji tweets on Twitter, Domino’s Pizza introduced a “tweet to order” system that allows customers to place direct orders for pizza via Twitter. Customers who opt-in for the service on Domino’s website can re-order their preferred pizza by texting an emoji. Domino’s Pizza intends to make ordering-by-emoji a permanent option for its customers.

Just after April Fools Day and two weeks before the release of the Apple Watch, Netflix produced a parody video of the smartwatch market with the release of its own Netflix Watch. The YouTube video shows Netflix viewers experiencing total freedom, watching Netflix while driving, jogging, in a meeting, or going to the bathroom. The video was shot with all the slickness of an Apple spot. While short and funny, the video also reminds viewers that Netflix is a great product. 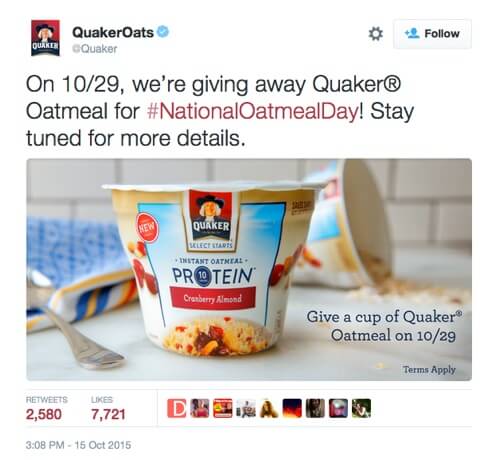 It helps to have a National Day to celebrate your product. However, Quaker Oats used social media to make the most of National Oatmeal Day on October 29. Two weeks before the event, Quaker Oats announced via Twitter a promotion to give away free cups of oatmeal for fans to send to friends. The campaign was run with the hashtag #NationalOatmealDay. 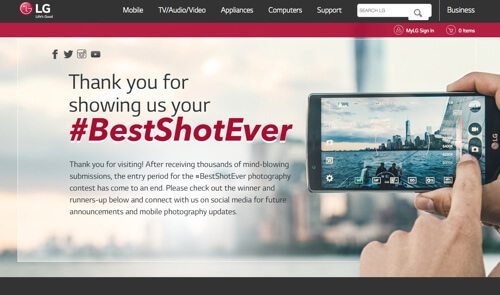 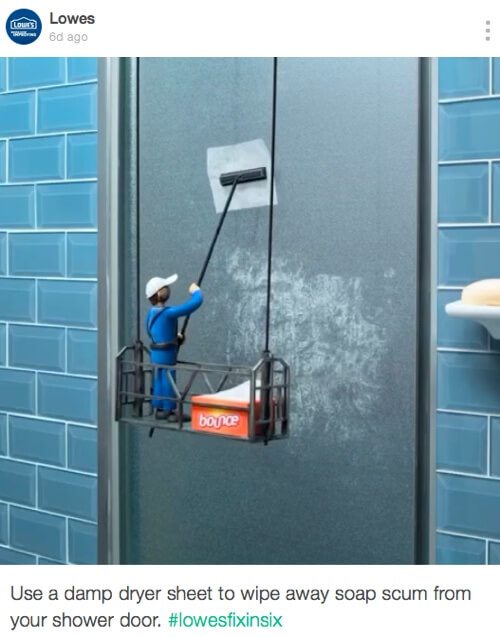 This year, Lowes continued its #FixInSix series of Vine videos with 16 new spots. #FixInSix videos present do-it-yourself home repair and improvement projects in six seconds. The brilliant videos are certainly the most practical spots on Vine, with topic ranging from cleaning a shower door to building a backyard fire pit.

This year REI launched #OptOutside, an alternative to Black Friday shopping. In October the company announced it would close all 143 of its stores on Black Friday, with employees paid for the time off, to encourage employees and customers to head outdoors. Roughly 1.4 million people committed to the plan. Fans used the hashtag #OptOutside to post images of their Friday adventures. Several national and state parks offered free or reduced admission, also using the hashtag #FreshAirFriday.
— 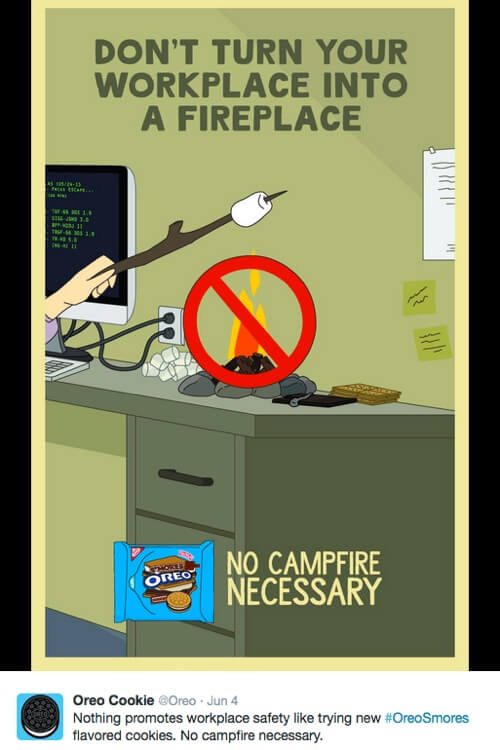 To promote the launch of its s’mores flavored cookie, Oreo launched a parody series of public service announcement posters on where not to light campfires, hearkening back to forestry announcements of the previous century. Posted on Instagram and Twitter, crazy campfire scenes were accompanied with the campaign tag “No campfire necessary.” Oreo continues to innovate on social media.

GoPro continues to demonstrate that there’s no substitute for really cool video. Certainly, the company has an advantage as the maker of action-cameras. Nonetheless, the company’s videos and images on Instagram provide viewers with endless action in outdoors. This video has 217K likes on an Instagram page with 7.2 million followers. 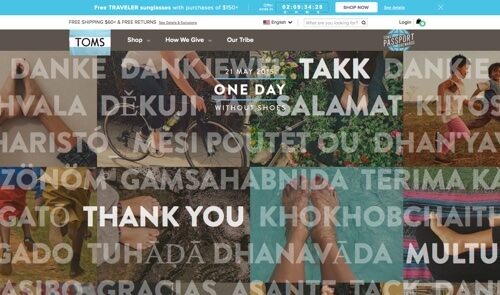 Toms One Day Without Shoes.