With the growing number of social media outlets, businesses are developing innovative ways to promote their products, using new tools to engage customers. 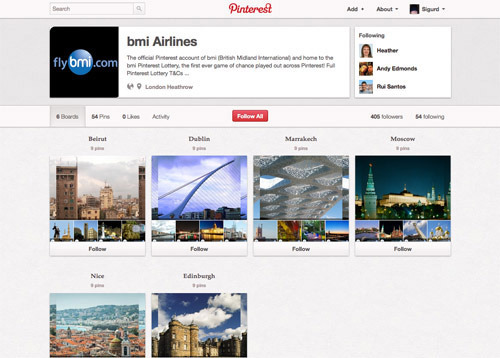 British Midland International (BMI) is currently running a “Pinterest Lottery.” The airline has posted destination boards on its Pinterest page: Beirut, Dublin, Marrakech, Moscow, Nice, and Edinburgh. Each board contains numbered images, which followers are asked to re-pin. At the end of the week, the company chooses a number at random. Users who repined the selected image have a chance to win flights to any BMI destination. Stuart Beamish, marketing director at BMI said, “By running the Pinterest Lottery, we’re hopefully not only giving Pinterest users ideas of where they might like to fly to, we’re also injecting an element of fun and of chance into the promotion.” 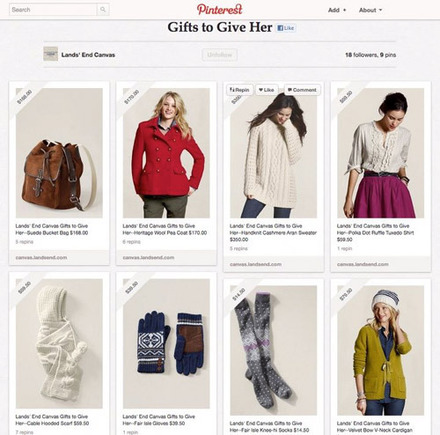 The video above introduces the recent launch of Spotify Apps, allowing developers to create free applications for the online streaming music platform Spotify. Among the initial third-party apps was “The Rolling Stone Recommends” app. Users can view album, song reviews and curated playlists from Rolling Stone while simultaneously using Spotify for music streaming. Said Rolling Stone founder, editor and publisher Jann Wenner, “For us at Rolling Stone, Spotify presents an excellent opportunity to integrate music into our magazine and website…and to be with music fans wherever they are engaged.” 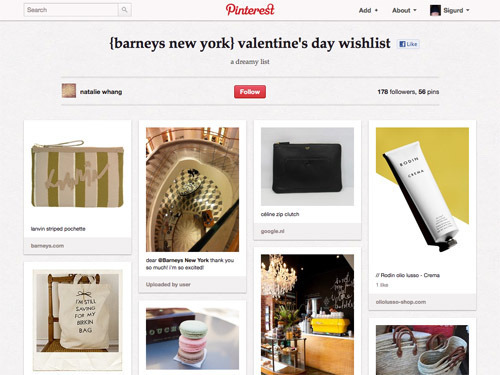 Barneys New York launched a social media campaign ahead of Valentine’s Day. The Manhattan-based retailer asked its fans to follow its Pinterest page and create their own “Barneys New York Valentine’s Day” pinboards. To qualify for the contest, at least five items on a participant’s pinboard needed to be pinned from barney.com in the women’s or men’s apparel categories.

This video above introduces a recent contest by GE to identify the next GE instagrapher to photograph a jet engine facility in the U.K. To enter, participants snapped photos reflective of one of GE’s four areas of innovation: moving, building, curing, and powering. Photos were then shared to Instagram and tagged #GEinspiredME. Submitted photos were included in a special photo gallery on the GE Facebook Page. 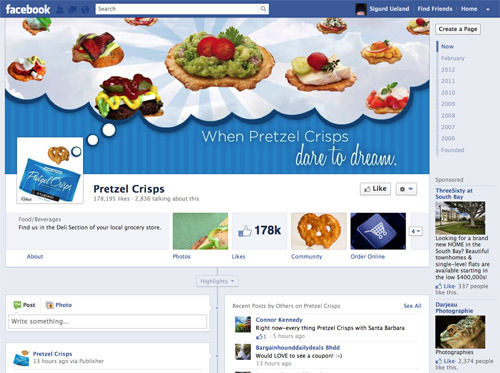 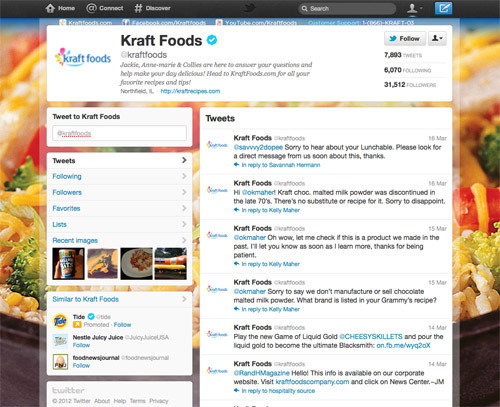 Kraft Foods ran a “Mac & Jinx” promotion on Twitter. Any time two people individually used the phrase “mac & cheese” in a tweet, they each got a link pointing out the “Mac & Jinx.” The first one to click the link and enter a name and address received five free boxes of Kraft’s macaroni and cheese and a t-shirt. 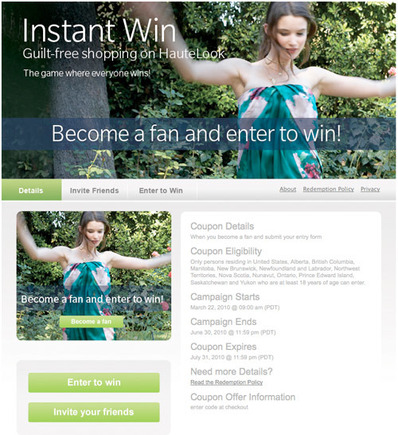 HauteLook ran an instant win coupon promotion for seven days. After becoming Fans of the HauteLook Facebook page, Fans were given a coupon with a surprise value of 10 to 20 percent off. Within that one-week period, HauteLook acquired 4,000 new Facebook Fans and had a 21 percent coupon redemption rate from first-time buyers.