Facebook Page owners can now run promotional contests directly on the Timeline, simply and easily, without high cost and without a third-party app provider. As a result, smaller merchants can consider hosting a contest, which could excite followers. 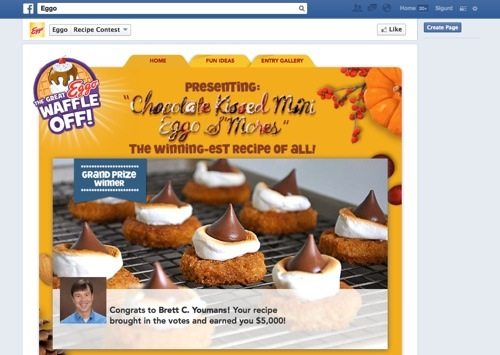 Diamond Candles sells scented candles with real rings at the bottom worth up to $5,000. So, naturally, its fans enjoy contests, which are run weekly on the Diamond Candles Facebook page. Each contest awards a Diamond Candle to the winner. This contest post garnered 5,674 Likes and 8,134 shares. 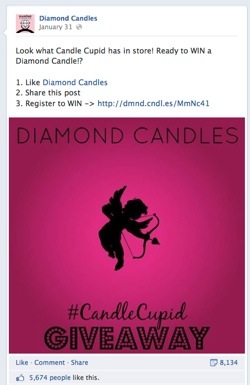 Zales, the jewelry retailer, held a contest in which fans submitted “the most epic proposal ever.” The grand prize for the ultimate proposal was a free engagement ring and a trip to Mexico. With easy access to video recorders through webcams and smartphones, fans could easily record and upload their proposal schemes. To demonstrate the strength of this contest, even the “contest is now closed” post received nearly 1,000 shares and over 11,000 likes. 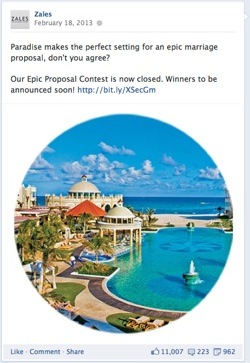 Qwertee sells a new limited edition t-shirt every 24 hours, where artists submit designs and fans vote. It runs daily contests for free t-shirts and hoodies. Fans Like the page and then post to enter, and comment or share for more chances to win. If you’re interested in running daily contests, Qwertee is a company to follow. 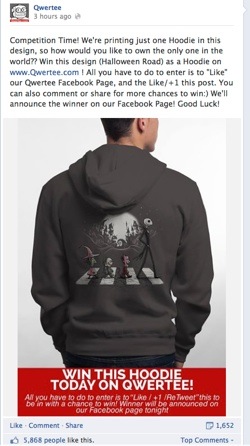 Dove hosted a contest called Real Beauty Should Be Shared. The contest asked fans to describe how a friend represents “real beauty,” celebrating the natural beauty of real people. Winners were chosen to be the faces of Dove in a new campaign. 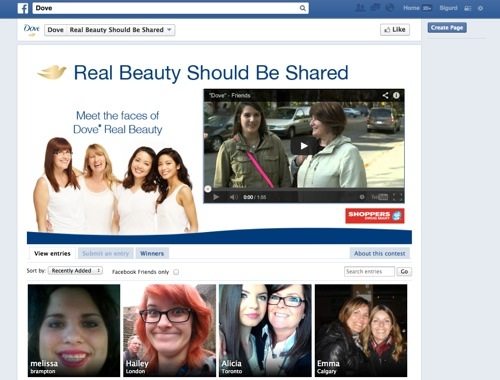 AXE Canada held an interesting contest for the men’s body products brand. Fans left messages for the return of Canada’s space commander. Messages were included in a digital e-card to the astronaut. Participants had the chance to win AXE products. This contest is a nice example of how a contest submission can be simple and creative. 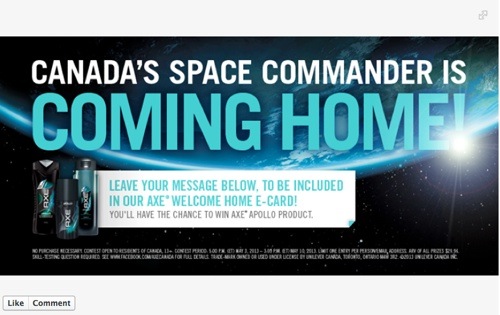 Macy’s photo contest called for fans to submit photos of their children and then vote on the entries. This is another classic contest with a nice social component. And it’s a good reminder that parents love to show off their children. Also winners received a $12,500 scholarship and a $350 Macy’s gift card, which is certainly of interest to any parent. 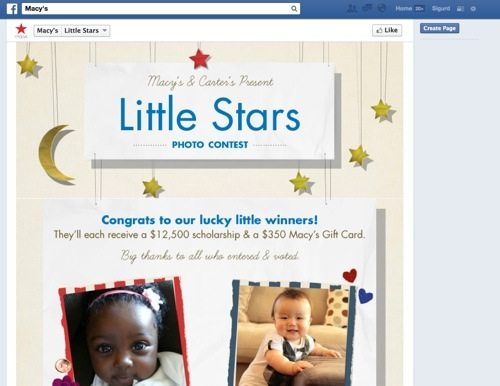 Finish Canada (the dishwashing soap) held a contest in celebration of its gaining 300,000 friends on Facebook. Fans simply clicked “Like” for a chance to win a year’s supply of the dish cleaner. This post alone received 3,475 Likes and 245 shares. 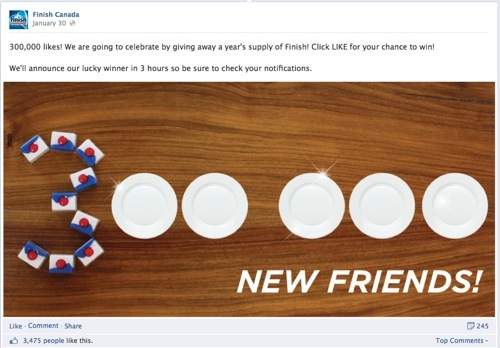 Sephora, the beauty-products retailer, held a contest in celebration of new fragrances designed by Ashley and Mary-Kate Olsen. Fans entered for a chance to win a trip to New York for a fashion show. Another recent Sephora contest offered a trip to Costa Rica and an assortment of products. 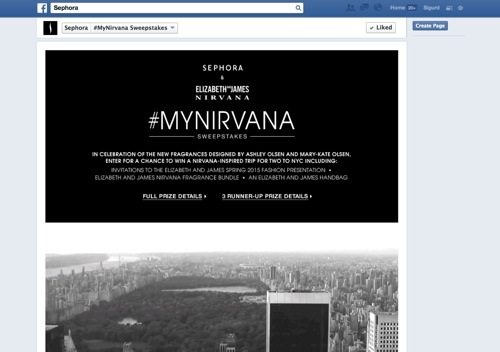