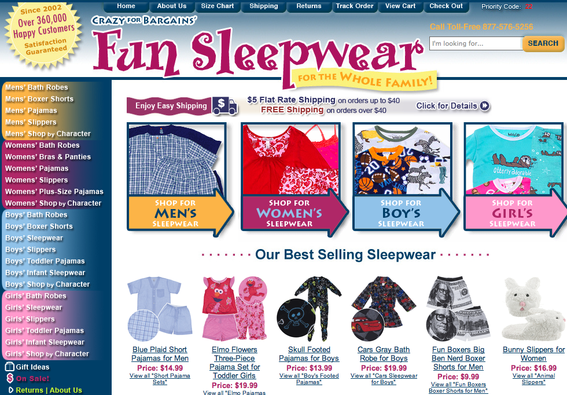 CrazyForBargains.com is a small, family-owned retailer of fun, quality sleepwear. It sells everything from plush bathrobes to Batman pajamas, using the Yahoo! shopping cart. Melissa Canepa Murphy launched the company in 2002. It is located in Fort Mohave, Ariz., near Las Vegas.

In 2004, she started an affiliate marketing program on the ShareASale.com platform. “I wanted to develop a diversified stream of revenue for my business,” Murphy explains. “At the time, almost all of our traffic came from search engines. We still rely on the search engines for much of our traffic, but we have developed other revenue streams, including our affiliate program.” 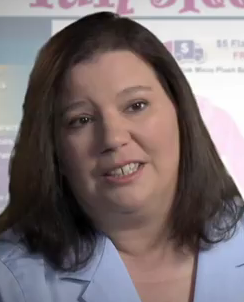 Currently, the affiliate channel represents 11 percent of CrazyForBargains’ overall revenue. Murphy hopes that it will eventually increase to 20 percent. She likes the affiliate program because it is a performance-based marketing channel. Instead of paying for ad placements and hoping those impressions convert, CrazyForBargains pays 12 percent commission on completed sales. The program also offers a 365-day cookie, which means that affiliates earn commission on any repeat purchases that occur within 365 days of the initial referral.

Affiliate programs can be run either on and in-house or on a network platform. Running an in-house affiliate program entails setting up an internal tracking, reporting and payment system, and program managers must recruit affiliates directly. When an affiliate program runs on a network, the retailer has immediate access to tracking, reporting and payment systems, and can draw on an existing pool of affiliates who are also part of the network. For Murphy, choosing the best platform was difficult.

“In the very beginning, I did have a few affiliates who I tracked with Yahoo! store’s Track Links affiliate system. There’s nothing particularly wrong with that system, but you have to have the time to constantly monitor it and remember to pay affiliates regularly,” Murphy explains. “It is very time consuming. Even at the very small scale that I was using it, I didn’t think it was practical.”

Murphy decided it was time to join an affiliate network. “The network acts as a neutral third party between my company and the affiliates. It makes sure that the affiliates are paid fairly and on-time. It charges my credit card automatically, so the process is a no brainer for me. I don’t have to worry about any extra administration on my end,” says Murphy.

After evaluating different providers, Murphy joined the ShareASale affiliate network. “I wanted a network that catered to smaller merchants. I also liked that ShareASale had a reputation for keeping parasites out of their network,” Murphy says.

“Parasites” is industry slang for any technology that unfairly takes credit for a completed purchase. For example, if a consumer types www.crazyforbargains.com directly into the address bar of a browser, any resulting sale should be attributed to a direct type-in, also called a direct load. If the consumer has adware residing on his or her computer, it is possible that the adware will take credit for the direct load. Adware may also be able to overwrite affiliate cookies, so it could also take credit for affiliate-referred traffic.

In July 2009, Murphy hired an outsourced program manager to run the affiliate program. She chose Michael Nunez of AffiliateManager.com. Nunez’s fees range between $2,500 and $5,000 per month. The variance depends on whether or not there are performance incentives in place, and on whether additional services are needed such as design and development.

Nunez immediately saw the potential of the CrazyForBargains affiliate program, and thought it would be successful because it paired a generous commission rate with an extensive inventory of a niche product. “They have a wide variety of fun family sleepwear at very affordable prices, and free shipping for purchases exceeding $40. Further, they have a terrific conversion rate. Put that all together, and they are a very attractive program to promote for all affiliate marketers,” Nunez explains.

Nunez says one of the keys to success of the CrazyForBargains affiliate program is Murphy’s involvement. It’s not uncommon for Murphy to consult with top affiliates directly and adjust product mix and merchandising to increase conversion, a strategy that drives mutual profitability and long term loyalty. From there, Nunez says, it’s just a matter of getting the word out.

“We recruit affiliates far and wide using our in-house recruitment tool, AffiliateRecruitment.com. We also participate in forums, purchase paid search advertising, attend Internet conferences, and more to promote the CrazyForBargains affiliate program. Once affiliates are aware of the program, they’re very likely to sign up and begin promoting the program due to all the benefits I described previously,” Nunez explains.

However, the Nunez’s job is not limited to recruiting. Once an affiliate joins the CrazyForBargains program, he ensures that they are active and engaged.

“We send out a program-wide newsletter as well as post in our forums weekly. These communications include new product releases, current top sellers, promotional information, public relations news and more. However, that’s only our broad communications. Top performing affiliates also receive additional updates on products specific to their site, as well as calls on a periodic basis with ideas on how to improve traffic to their site. We also provide custom creative they can use to improve performance of their current traffic,” Nunez explains.

There are challenges to running a successful affiliate program. One of them is “trademark bidding,” the practice of affiliates submitting pay-per-click bids on a brand name or trademark, hoping to get their ads to appear in search engine results when a consumer searches for that brand or trademark. Traditional marketing theory would attribute that traffic to successful branding campaigns, not to an affiliate who manages to bid high enough to get its affiliate link listed in results. Nunez combats that with constant monitoring of search engine results.

“Trademark bidding is definitely a large issue. Fortunately, we’ve developed a reputation of vigilance and thus the common violators tend to steer clear of our programs. Trademark bidders know they will get removed from our program and potentially have their sales reversed, thus costing them money,” Nunez says.

Murphy recommends that online retailers consider starting an affiliate program. She also advises that retailers should first ensure that their sites are ready and convert well, and that data feeds and banners are in place. This way, once affiliates join the program, they’ll have something to work with.