Coupon and deal sites tend to drive a lot of traffic. For some retailers, coupon sites will bring mostly new customers. For others, the same coupon site could deliver mostly existing customers.

The decision on whether to include a coupon site as an affiliate — so that it will receive commissions when it drives sales to a merchant’s site — should be driven by a merchant’s specific data. Factors that I consider when deciding to work with a coupon site include the following.

Some coupon sites, such as RetailMeNot, enable consumers to submit codes and offers from merchants. This is a common practice, but it’s challenging for marketers trying to contain specific promotions to a target demographic.

For example, a code rewarding customers with 10 percent off their next purchase could be submitted to RetailMeNot, and shoppers outside of your target audience would be able to receive the discount. Such activity dilutes the impact of your marketing campaign.

If you have a close relationship with the affiliate that is posting the 10 percent off promotion, simply reach out and ask it to remove the code. Larger, responsible coupon affiliates are usually sympathetic to this issue and will quickly comply. If they resist or do not respond, consider removing them from the program, or dropping their commission rate to zero to spur a response. 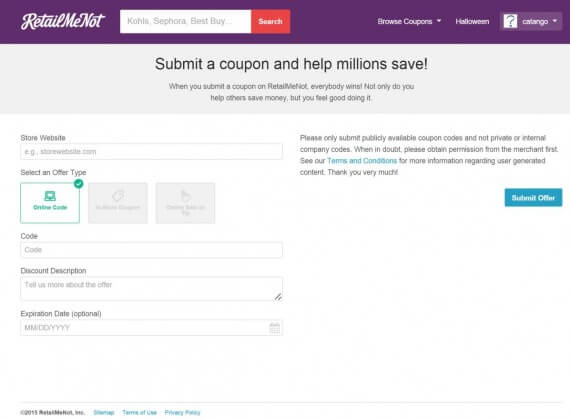 RetailMeNot enables consumers to share coupon codes and deals with other RetailMeNot members.

Other sites, such as BradsDeals.com, feature an editorial staff that decides whether a deal will be featured on the site. Further, the staff will write product reviews and develop unique content to entice customers to take advantage of the deal.

This type of activity certainly lends value, as sites such as BradsDeals.com are striving to push the consumer deeper into the marketing funnel. Editorial deal sites also tend to influence consumer demand, by creating desire and driving impulse purchases.

While BradsDeals.com will likely appear as a search engine result if someone were searching for a brand name plus the keyword “coupon,” there are also many occasions where the consumer will start directly on BradsDeals.com site. This is where it is useful to understand what percentage of a coupon affiliate’s traffic is coming from the search engines, and what share is originating from the site itself.

Affiliate managers can also take advantage of various coupon and deal distribution tools. Most affiliate networks will have a dedicated tool that you can use to disseminate your coupons and deals.

ShareASale, for example, has a “Deals and Coupons” database that enables retailers to submit specific deal parameters. The database is beneficial not only because you can easily distribute deals information — including creative collateral and specific expiration dates — but also because these deals are visible by all affiliates in the ShareASale network, not just the ones joined to your program. As such, the database also functions as a tool to recruit new affiliates.

AvantLink, another affiliate network, has a feature that enables retailers to launch ad campaigns with a specific start and end date. The campaign will not be visible to affiliates outside of the timeframe. AvantLink even has a “Deal of the Day” tool, which enables retailers to designate a list of products that AvantLink can rotate on a daily basis.

FMTC offers retailers a platform to manage what deals appear in their tools. There are two levels of service for retailers: free and premium. With the free level, you can manage deal listings. With the premium level, retailers get inclusion in additional tools, such as Pods, which is a WordPress plugin that enables affiliates and bloggers to integrate a dynamic, monetized storefront onto their sites. The Pod can sit in the content area, or be formatted to fit a sidebar. The affiliate can pick specific retailers to feature in the Pod or restrict content to specific deals within a particular product category. 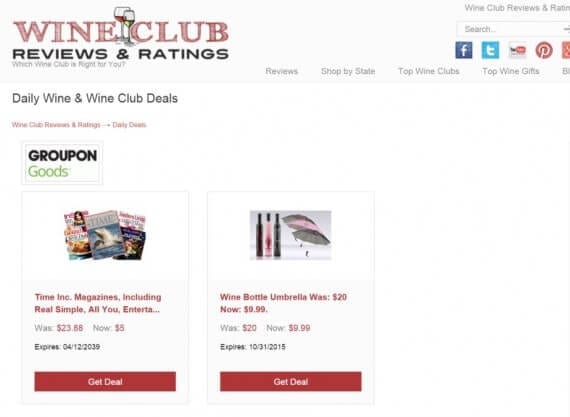 Example of an FMTC Pod featuring deals from Groupon.

Another tool for coupon and deal management is BrandVerity’s “Coupon Code Monitoring” service, which enables retailers to monitor specific codes and discover where they are posted online. Retailers can identify affiliates posting unauthorized coupons, receive alerts when expired codes are being advertised on affiliate sites, and track what affiliates are featuring what coupons. The tool also facilitates direct communication with affiliates.