The iPhone is now among the most popular gadgets of all-time, but the cost of developing applications for the iPhone App Store has been a barrier for smaller businesses that cannot afford the steep charges of app developers. AppMakr, a service that allows anyone to make iPhone applications using native RSS feeds, has changed this.

AppMakr charges $199 for an app it publishes, and $499 for an AppMakr-built, self-published app using an Apple Developer account. We asked Scott Suhy, CEO of AppMakr’s parent company PointAbout, Inc., to explain how the service works and how it could be useful for ecommerce merchants.

PeC: Tell us about AppMakr and how it got started. 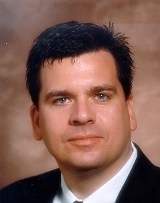 Scott Suhy: “We started the company to take advantage of the inflection point that Apple created in the marketplace with the launch of the iPhone. We saw what it was going to do, and we wanted to build a company around that.”

PeC: Why did you decide to create AppMakr?

Suhy: “We took a look at what was happening out there with all the consulting that was going on with the iPhone. We see a bunch of it because we build native apps for big brands. As consultants we started learning that most apps fall into several different categories, and people were building these components over and over again. The apps were starting to cost folks tens of thousands, if not hundreds of thousands, of dollars to build really high-end apps. And that’s if you look at just the iPhone. To do that across multiple platforms—Android, BlackBerry, Windows Mobile, Symbian, Palm—you’re talking about spending hundreds of thousands of dollars on each one of these platforms.

“People ask us to build these applications really quickly, and we built a template and modeled it off of what the New York Times application looked like at the time. We thought it would be interesting to re-skin that type of application and put new artwork on the front end, then link it to different data on the back-end, and then all of a sudden we’d have a variety of applications.

“Rather than having customers go out and pay hundreds of thousands of dollars for this application, we figured out how to use a template and charge them $199. Then if we can take it a step further on multiple platforms, we really will be offering a service to the general community because the operating system fragmentation won’t be as big of a deal as it is today.”

PeC: Are the apps you’re designing now just for the iPhone store?

Suhy: “Currently, the 100-percent native applications that we’re building now with AppMakr are for the iPhone. We’re busy working on the Android release right now, and after Android we’ll more than likely be tackling the BlackBerry platform.

“If you look out there in the marketplace, there’s only really three application devices that have any sort of momentum. Of course, the iPhone is the dominant player. The Android is a great device, it’s going to be a competitor. Then there’s really a large gap between those and Palm’s Web OS, and then there’s everybody else trying to play catch-up.”

PeC: How would this template app be useful for ecommerce merchants?

Suhy: “Apple has some pretty strict guidelines for how you do in-app purchasing. The Android platform is a little more loose in what they allow. We have a ton of retailers who are using our template right now, and they come in and put in feeds for their products. They might put in a feed for their coupons or for their locations. When you hit the description tag within the RSS, it pulls up a JavaScript engine that throws you to a browser view that allows you to do purchasing. Then you’re taken back to the application.”

PeC: So somebody who’s using one of your template apps would be looking at the product, then be directed to the site where he or she would go through the payment process using the online store, then be taken back to the app?

Suhy: “Correct. This is kind of a little secret most people don’t realize: You can have very complex HTML, CSS and JavaScript within the description tag of an RSS. A lot of people put text there normally, but you can be very creative with that description tag. So the folks that really know what they’re doing with RSS and want to sell items can put really intricate JavaScript in there, so when you click on that item, it allows you to do all the commerce you want. Then it’ll take you back to the application when it’s done.”

PeC: How would a small ecommerce merchant who wants to build an iPhone app, and has RSS feeds set up, use your service?

“Once you have the application built, you’ll say, ‘These description tags that pop up could be a lot more interesting if they had some JavaScript, HTML or CSS that make it look good on the phone.’ So you’ll probably do it in two stages. One, just get the application out there. And once it’s out there, you’re probably going to go back and scrub your RSS feeds to make them more rich on mobile.”

PeC: Anything else you’d like to add for our readers?

Suhy: “Yes, there is one thing we have not told enough people about. If you have an iPhone developer account, you can log in and put that information about your account in the system. Then you can start using AppMakr and putting test builds on your phone at no cost. Right now you can look at it in the simulator, but the simulator’s HTML; so if you really want to know what it looks like on your phone, you can get yourself an iPhone developer account and do testing on your device itself. In the past, we used to charge $500 a month for that service, but we decided it was a good business to open up to the world at no cost.”