Cart of the Week: Kryptronic’s ClickCartPro

This week, we’ll hear from Nicholas Hendler, president and chief developer for Kryptronic, Inc., a software company based in York, Penn. The company provides its ClickCartPro ecommerce platform to roughly 14,000 users. 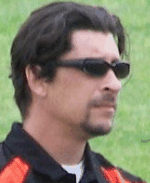 “Within four months of operation, we landed our first contract for an ecommerce site. After spending too many hours debugging and reprogramming various free scripts for the project, then viewing the either costly or undersized options available for sale on the Internet, we decided to build an ecommerce software program for internal use, and this was the first version of ClickCartPro. In December 1999, we began offering ClickCartPro licenses for sale on the Internet. (The software is also marketed as EuropaCart in Europe.)

“The software has gone through several major revisions since its release, and new generations of the code base have been developed. Through the input of our user community, the software now offers users an ecommerce site with a giant feature set, as well as the same stability that founded the software.

“Partnerships have been made with various payment processing gateways, accounting software firms and international shipping companies to further the functionality of the software. Some of our partner companies include Authorize.Net, Wells Fargo, VeriSign, Bank of America, WorldPay, PayPal, UPS, FedEx, USPS, Intuit and Peachtree.

“The software continues to undergo change and enhancements to fit the increasing needs of both developers and ecommerce business owners.”

Hendler: “Either. Users can purchase licenses outright for self-hosting, or take advantage of managed hosting plans, which include ClickCartPro pre-installed.”

PeC: How much does ClickCartPro cost?

Hendler: “The software is included with managed hosting plans, starting at $25 per month. The self-hosted full version is $199, and new-version upgrades are $99.”

ListenListen to Nick Hendler discuss the beginnings of ClickCartPro, as well as offering advice for ecommerce merchants.

PeC: What is your company doing to become PCI compliant?

Hendler: “ClickCartPro is PCI compliant. Kryptronic is working currently on obtaining PCI PA-DSS certification for ClickCartPro based on its compliance. The version 7 code base will be certified.” [Editor’s Note: Neither ClickCartPro nor Kryptronic, Inc. is currently named on The PCI Security Standards Council’s list of validated payment applications or on Visa’s global list of PCI DSS validated service providers.]

Hendler: “ClickCartPro’s biggest strengths are its rich feature set and program architecture, which provide great stability and security. It provides nearly every important ecommerce feature available in a manner that is safe and stable.

“Another strength is the cart’s ability to connect to Joomla [a content management system]. The connection allows users to use the Joomla template for ClickCartPro; to use ClickCartPro skin widgets in their Joomla template; and to maintain login status in both systems through a synchronous real-time, single-sign-on system.

“Additionally, ClickCartPro is extremely search engine friendly. The software allows for the use of SEO URLs as a standard feature, and offers high definition SEO URLs with an optional extension module. The software itself outputs all content in 100 percent web-standards-compliant XHTML 1.0 Strict code with valid CSS used for design. Its pages read like a book to the search engines, and users enjoy high rankings as a result.”

Hendler: “Due to the number of security features within the software, and the number of complex functions it must perform, ClickCartPro can be daunting to install for those who are [unfamiliar with] PHP scripts. Users must pre-configure a database and upload files via FTP to their web server. The program will run virtually anywhere, but depending on the platform, some installations are not as easy as others.”

PeC: What plans do you have for future cart development?

Hendler: “After the program achieves PCI PA-DSS certification, we plan on implementing a number of new features, including further Joomla development, closer integrations with PayPal and Google systems, and new JavaScript widgets to enhance customer experiences.”

Hendler: “We often hear from new merchants about how their traffic and sales have increased due to ClickCartPro’s SEO capabilities. Any program that can help optimize your content and drive traffic to your site is well worth considering.”

Hendler: “We deal with merchants every day who have been burned by fly-by-night design firms and sub-standard software vendors. A good number of our clients sunk money into failed projects prior to finding our ecommerce software. I recommend thoroughly researching any vendor you are considering dealing with to save the cost and embarrassment of a failed project.”

PeC: How long has your company been using ClickCartPro? 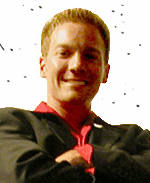 Dustin Dohm: “Eighteen months. We chose it based on Kryptronic’s excellent reputation as an ecommerce software vendor.

“We had an osCommerce variant in development for a year, then we worked with X-Cart for three years and couldn’t get that working either. We sunk more money into programs that never got deployed. Kryptronic delivered a far superior program in weeks.”

Dohm: “ClickCartPro drives traffic to our site. We use a combination of the standard SEO functionality built into the software with high definition SEO URLs and auto-generated sitemaps to achieve very high search engine rankings with minimal effort.

“Also, it never goes down. It never has a problem. It’s rock solid. We know our information is safe and secure, and we know our site is there and ready for our customers every minute of every day. We have no worries.”

PeC: How would ClickCartPro improve another merchant’s business?

Dohm: “We went from no traffic and a website with a couple of pages on it to a full-blown online lacrosse store with tons of traffic after making our ClickCartPro store live. Our online store made twice what our retail store did this year. With the same margins and less overhead, we’ve made up the development cost many times over.”

Dohm: “I will use it forever. It only keeps improving based on customer feedback, which sets it apart from most cart software packages.”

Dohm: “I made the mistake of not using this cart three years prior. I contracted with other companies that were less knowledgeable and reliable, and that cost me more than $150,000 in development costs and lost sales as well as time.

“If you’re not comfortable setting it up yourself, contract with Kryptronic to build your site and they’ll teach you to manage it. You will quickly recoup your investment.”