This week, we’ll hear from Philip Williams, managing director for Open Mind Solutions, a software company located in Edinburgh, U.K. The company provides a shopping cart known as Open Mind Commerce, and according to Williams, there are approximately 500 stores operating on the Open Mind Commerce platform. 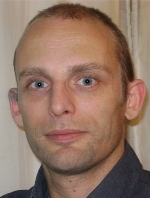 Philip Williams: “In 2004-05 we were actively developing individual bespoke [custom made] ecommerce stores for clients, and we found that many elements of the stores shared common techniques and code. By 2006, we decided to plan out a new commercial platform utilizing all the best bits from our stores into a simple ecommerce platform that could be used by any retailer. Eighteen months and five betas later we launched Open Mind Commerce on October 3, 2007.

“Since then the product has evolved dramatically though direct feedback from retailers, and it has been warmly accepted by the industry as one of the simplest yet effective ecommerce software platforms.”

Williams: “The software is licensed with one year of free hosting on our platform, or it can be installed on any ColdFusion hosting base.”

PeC: How much does Open Mind Commerce cost?

“We also offer a 10 percent discount to users purchasing up to five store licenses, with deeper discounts for partners and distributors.”

Williams: “It’s primary strength is that it is the only commercial cart that we are aware of that is designed specifically for the U.K. marketplace out of the box, without having to modify [U.S.-centric] tax rules or edits of the store languages found in most commercial carts. (There is multi-currency support built in, however, so a few minor tweaks would allow a U.S. merchant to use it as well.)

“Also, due to its ‘three file’ templating system, it is incredibly quick to create a new template for the store. Web designers would be able to redesign an entire store within a few hours.”

ListenListen to Phil Williams discuss the beginnings of the OMC cart.

Williams: “Mainly keeping up with the additional feature requests from cart users. The cart is already fully-featured, but we work closely with the users to ensure that we keep up-to-date with the latest changes and advancements. We are now in advanced planning for OMC 2.0 which will allow us to roll out upgrades and additional modules a lot quicker.”

PeC: What are your plans for future cart development?

Williams: “OMC 2.0 is due to be released in the second quarter 2010, and it is a complete rewrite of the entire code base from the ground up. Among many new features will be a brand new template engine allowing multiple designs all the way down to product level, and multi-store support. It will also have expanded language and currency capabilities, so if someone from [outside the U.K.] wants to set up a store they will be able to do so very easily.”

PeC: What are you doing to make the cart PCI compliant?

Williams: “The cart is fully PCI compliant and several of our users have already successfully passed through PCI requirement testing. The cart and the hosting platform it sits on have been scanned by companies such as SecurityMetrics and ControlScan. The cart passed both the PCI scanning requirement and the self-assessment questionnaire that the merchants have to submit. It’s fairly easy to pass because we don’t store any credit card information whatsoever in any part of the cart, and we don’t give the users the ability to store credit card information, so we’re making it as secure as possible.” [Editor’s Note: Open Mind Commerce is not named on The PCI Security Standards Council’s list of validated payment applications.]

Williams: “If a merchant is struggling with a poor admin interface or he or she is a U.K. retailer who needs U.K.-based coding and support, then we can offer an ideal platform. In addition, we can import data from the vast majority of other carts to avoid additional work for the [migrating] merchant.”

Williams: “The ecommerce industry is one of the fastest moving marketplaces around with new challenges and developments happening daily. Merchants don’t need the hassle of keeping abreast of these changes and should be looking towards an ecommerce partner rather than just a shopping cart.”

PeC: How long has your company been using Open Mind Commerce? 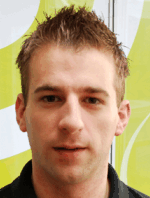 Martin Fickling: “We’ve used it since its first release. We chose it after having a go on the demo and finding it so easy to add our own products. We then looked through the documentation and found it to be very designer-friendly and so easy to ‘skin’ [redesign]. Being a company that works in the creative industries, this was very important to us.

Fickling: “For us, the ease of customizing the design. We know whenever we have a new product we can strip out certain parts if needed and add images and links wherever we wish. We have designers who work in-house, but we aren’t particularly coders; however, we still manage to get on well with the software. Our clients also like the simplicity of the checkout process and order emails.

“Additionally, Full Phat Print takes on a lot of print orders, and with OMC’s order management we can always log in and know exactly what stage we are at with an order, which is very handy.

“Another strength is the staff at Open Mind. During the first release we found the cart had a few features that we needed but it didn’t have; we submitted these to the staff and they were all included in the next release. It’s been under constant improvement, and the process hasn’t stopped yet.”

Fickling: “We’re still finding things which we think could be added, but for each release they are becoming more minor. The two main points for us at present would be the ability to have multiple templates for each product page and being able to set limits on coupon usage per user.”

PeC: How would Open Mind Commerce improve another merchant’s business?

Fickling: “I think because of the realistic pricing of the cart it is accessible for any merchant who wants to start selling online. It has all the features you need without being mind-boggling or too hard to understand. This makes it a great tool, as you can start selling online within a week if you wish–from a car parts business to a clothes shop–they can all use OMC.”

Fickling: “Certainly, we’ve just done a major update to the design of our site, and we intend to carry on growing with the software.”

Fickling: “After a week of using the admin area and adding products you will find it to be so user-friendly. And, when we have had a few questions at various points, we know we always have telephone or email support.”