Without question, the popularity of social media sites such as MySpace, Facebook and Twitter show no signs of declining. Practical eCommerce asked Web Strategist and Forrester Research Senior Analyst Jeremiah Owyang his views on social media and its potential impact on ecommerce. 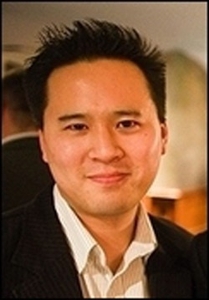 PeC: The traffic to social networking sites is huge. How does this affect ecommerce businesses?

OWYANG: Social networks are tools where people are having conversations and sharing information. They affect ecommerce, and buying in general, because prospecting customers are able to give each other direct information — honest and authentic information. Ecommerce sites are traditionally known as computer-to-human interaction whereas, social networking sites are human-to-human, and product decisions are being made from human-to-human. That does influence the buying and purchasing decision-making process.

As an example, in Facebook there are groups for every imaginable interest, and people in there are asking, “What product would you recommend?” And in some cases, people may be selling or buying them within the group. The savvy ecommerce company will deploy widgets, which are applications that sit on top of these platforms, such as Facebook, and figure out how to harness the existing communities and resell on top of them.

PeC: What exactly are “widgets” and “platforms?”

A platform is an application platform that hosts widgets, and likely creates few or no widgets at all. They provide the details of how to program and code a widget, the ability to connect to the user information, like profile information, and sometimes reporting. As an example, Facebook’s “Application” called F8, I believe, is an application platform. There are currently thousands of widgets that have been created and now “sit” on top of the platform. Other platforms include Google Desktop. SalesForce has one and we expect other social networks to follow suit.

PeC: Many ecommerce businesses spend lots of resources optimizing their sites for search engines. Should they also be concerned about appealing to users of the social networking sites? How can they catch these users’ attention?

OWYANG: In today’s search and browse for new products, people often have a problem first. The problem may be the first thing people look for when using the universal search app Google. Ecommerce sites tend to sell the final product, the solution, without taking into account what the problem is. In social networks, there are conversations and communities. They talk about both problems and solutions. And while these are generalizations, ecommerce sites may be delivering only one part of the conversation — the end part, the product part. In order to get up to par, to connect better with what social networks have to offer, ecommerce sites should start having conversations or content or media that addresses the problems and not just the products because that is what people will search for. It’s important to keep in mind people are often trying to find out how to solve a problem before knowing which product they actually want to purchase.

PeC: Which social networking sites would you suggest ecommerce firms focus on?

OWYANG: It depends on which region and which country. There are hundreds. In the United States, Facebook because they have opened it up for application development so you can create an ecommerce widget that would sit on top of an existing community and profile. Or you could also purchase a sponsored group. A sponsored group is like any other group, except you can change and alter the HTML. Both Wal-Mart and Target have already deployed their ecommerce solutions on top of a sponsored group in Facebook with varying success. I would have to understand more about the target demographic. But as a generalization, Facebook is the one that is often talked about.

PeC: What about YouTube? Is it a social networking site or a video site?

PeC: How can ecommerce firms market to YouTube’s audience?

OWYANG: Imbedding YouTube videos that exist with certain products within the ecommerce site. Also, users may want to provide feedback and reviews on video about the actual ecommerce site. Those should be watched and possibly embedded on the ecommerce corporate blog, and responded to maybe even using video.