The evolution of Miva Merchant continues. The shopping cart was first launched in 1995 as “HTML Script.” It then renamed itself Miva and quickly gained market share in the late 1990s, largely by selling licensed copies to hosting companies.

The company suffered with the first dot-com bust, and ultimately sold itself to FindWhat.com, a publicly-traded pay-per-click ad network. This was in 2004. FindWhat.com subsequently renamed itself Miva and then divested the shopping-cart portion of its business to private investors, who named the newly acquired business “Miva Merchant.” This was in 2007.

Those private investors include Russ Carroll, a seasoned technology entrepreneur who is the majority owner of the company, and Rick Wilson, who is now the firm’s executive vice president. Wilson worked for Miva prior to it being sold to FindWhat.com, and he also previously worked for Carroll at Providence Systems, a training company.

Carroll and Wilson have worked to restore Miva Merchant’s standing among the developer community, as well as improving the core product for ecommerce merchants themselves. They’ve also refined the company’s business model, away from inexpensive, one-time-license sales to hosts, and into recurring-revenue type of sales.

The first step towards this business-model shift occurred last spring, when Miva Merchant launched its “distributed SaaS” model. With this, hosting companies that had previously purchased Miva Merchant licenses, and were hosting the ecommerce sites from those licenses, were required to pay recurring monthly payments to Miva Merchant for ongoing support and for upgrades to the core shopping cart product. According to Wilson, virtually all of its participating hosts agreed to do this.

Miva Merchant is now announcing a fully-hosted business model, one that allows the company to host the ecommerce sites itself without relying on third-party hosting companies. The company calls this new, hosted platform “Miva Merchant SaaS,” with monthly prices for it ranging from $59.95 to $129.95.

Kerry Murdock: Miva Merchant is now offering an in-house hosted version of its shopping cart software. Could you tell us about this new product?

Rick Wilson: “Sure. It’s the exact same product that our customers are used to getting and it’s no different than what someone would get from any other high quality hosts. But what we found is that the market has changed and many merchants are looking to go to a single place to get service and support for their [shopping cart] products. A lot these merchants would explore our product, and then leave. They didn’t want a host because they didn’t want a third party involved. They didn’t want three moving parts: Themselves, a software provider and a host. So, to serve that market, we have started offering a hosted version of our product.”

Murdock: To date, you’ve been relying on third-party hosting companies. Are you abandoning these hosts? 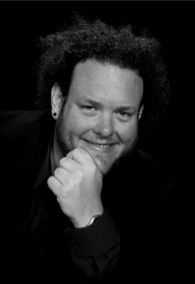 Wilson: “No. We’re not abandoning our hosting partners at all. Our take on it is a couple of things. One is that the people who currently have relationships with hosts oftentimes are resellers, oftentimes they are web designers or web developers and that ecosystem works perfectly. We want to continue supporting that and foresee supporting that indefinitely.

“The market has changed, though, when we first got into this business years ago. Back then the idea of software as a service was just a conceptual idea being talked about. It didn’t really exist. Nowadays, if small merchants are coming online and they don’t start with a web developer, they start looking around at our competition and virtually all of our competitors offer a hosted version. That resonated with us. If I were a merchant out there looking and I didn’t have a specific reason to pick a host, I’d be more inclined to go with one place so that I only have one place to call if something goes wrong or if I need help or if I need any kind of support. So, we felt that the market was evolving and that we needed to respond to that and serve our customers the way we feel they want to be served.”

Murdock: Earlier in the year, Miva Merchant launched what it called “distributed SaaS.” How has that gone for you?

Wilson: “You know, all things considering, that went very well. We effectively passed on a price increase to our hosting partners and so anytime you do that, there’s going to be some resistance. However, the response to it was generally along the lines of ‘No one likes a price increase, but we understand why you’re doing it and how it makes you a more stable and healthy company, so we support it.’ The vast majority of our hosting partners came over to the distributed SAAS solution, well over 90 percent.”

Murdock: So, will the distributed SAAS product stay in place, too?

Wilson: “One of the things that helped solidify our decision was I was having a conversation with Roy Rubin, the CEO of Magento, the open-source shopping cart, earlier this year. Roy told me that Magento is getting ready to launch its own hosted version. I thought, ‘Wow. This is it. This is the final company that we really looked at as a competitor who’s getting into the hosted space. We’ll be the last ones to this party.'”

Murdock: Going back to your distributed SAAS product, has that helped you or hurt you in terms of revenue and profits?

Wilson: “It’s definitely helped us. It helped ensure our profitability this year.”

Murdock: Can you tell us your revenue this year?

Wilson: “Sure. Russ [Carroll] had said in our last interview when we announced distributed SAAS that we would come in between $3 and $5 million. That range still holds true.”

Murdock: What’s the new hosted version called and how much does it cost?

Wilson: “Internally, we call it Miva Merchant SaaS. If you go to our website, it’s just called Miva Merchant. I think this is a clear thing to mention. We are offering the same product that our hosts are offering and so the benefit is about convenience and having one source. A lot of people like to have only one place to call, one source for help, and one source for support. The product is identical to what you would get from any of our hosting partners. Now, granted we’re following the absolute best practices and so this would be like any one of our web hosting providers, but if you come to our website, it’s just called Miva Merchant and it comes in three versions, with monthly prices at $59.95, $89.95, and $129.95.”

Murdock: Is there a transaction percentage on top of those costs?

Wilson: “The product is very similar on all levels. The difference is really things like data transfer, disk storage and email boxes. At the high end level, if you have dozens of employees and email accounts, you are probably running on an exchange server anyway.”

Murdock: What percentage of businesses that are using Miva Merchant currently would fit into that $59.95 version?

Wilson: “I would say about half of our active customer base fits on hosts that offer an equivalent service to what we offer. We have about 10 premier hosting partners. They do a very good job and that’s the model that we looked at.”

Wilson: “Both it and our distributed SaaS product will be PA-DSS certified very, very soon.”

Murdock: If a merchant asks you to recommend Miva Merchant on a distributed SaaS (with a third-party host), or host it directly with Miva Merchant, what you going to tell him or her?

Wilson: “It’s really not going to make a lot of difference unless he or she is using a low quality host. If a merchant comes to me who is using our premier hosting partners and says, ‘Hey, I’m at ABC host over here and we know they’re one of the best Miva hosts. Should I switch to you?’ The answer is no. Stay where you are.

“If merchants are on a low cost or low-caliber host, then they should move. They shouldn’t necessarily only move to us. They should move to us or one of our premier hosting partners. But they need to get to a high quality host if they take their businesses seriously.” 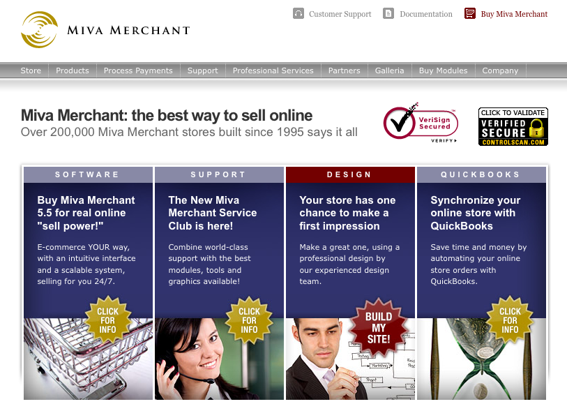 Murdock: Do you still sell a retail, licensed version of your cart?

Murdock: How much is that?

Wilson: “It hasn’t changed and there’s never been a ton of those out there. It costs $995. That also switched to a recurring model, as well. So, it’s $995 and that includes one year of updates and at the end of that year, it’s $120 a year to maintain updates.”

Murdock: All told, how many companies run their stores on Miva Merchant carts?

Wilson: “It’s just north of about 50,000. This includes absolutely everyone out there, any company with a Miva admin panel.”

Wilson: “Our long-term goal is to provide the platform and the technology necessary for small and medium-sized businesses to operate their online presence. Now, that can expand in a lot of ways. Our next major update is coming out here end of this year, or the very beginning of 2010. This version will be PA-DSS certified. We’ve extended that to include a whole lot of order processing and back-end functionality.

“We have now started extending the paradigm of what our product is designed to do and ultimately we want our merchants to be able to offer their end shoppers a best in breed, world-class shopping experience. There shouldn’t be a material difference between shopping at Amazon.com and shopping at one of our customer’s stores. The customer service, the speed of the site, the elegance of the site, all of that should be very similar. We need to provide the tools that allow merchants to run that business.

“So, if you look at where we’re evolving, it really comes to providing all the tools necessary for small and medium-sized businesses to keep growing. We see some amazing things. If you went back to the pre-Internet age, if someone ran a multimillion dollar-a-year business, inevitably he or she had 20 or 30 employees, warehouse space, and head office space. Now, it’s not uncommon for us to look at some of our bigger and more successful merchants who have broken the million dollar per year barrier. Oftentimes it’s the merchant and his or her spouse, with one assistant. It’s a small organization running very lean, and we want to provide the tools to let people be efficient and lean and successful.”