Practical eCommerce: At what point should merchants consider translating an ecommerce site?

Christian Arno: “That’s a tricky question and it does depend very much on the situation of each individual merchant. First, make sure your operation is working profitably in one language before you do too much to multilingualize your approach.

“That said, it’s good to start early [with localized translations] because it does take time to experiment with different languages and different key phrases that you might use to optimize your site for search engines. The global market is marching on. Competitors that you may have locally — in different countries — will be launching fairly soon, so you really need to grab that first move advantage and launch a foreign language site as early as you can.”

PEC: Give us some examples of ecommerce merchants that you think do a good job with offering multiple languages on their sites.

Arno: “One is a tire retailer called Blackcircles.com. They sell tires and tire fittings throughout Europe.

“There’s another company called Hilton Herbs that sells natural health care products for pets. It has actually got localized productions of their English website for the U.K. and the U.S., because they appreciate that people expect different things, and they use different terminology even between two countries, which share the same language.

“And then there’s a fashion website called ASOS in the U.K. (that’s “As Seen On Screen”). They’re selling clothes that celebrities wear and they’re doing very well in a range of different foreign language markets.”

PEC: What are some common mistakes ecommerce merchants make when they translate a site or attempt to sell products in different countries?

Arno: “It’s still common for people to assume that people in other countries are just the same as them but they speak a different language or have a funny accent, and not to grasp their very distinct cultural differences. Some colors might be offensive in some countries and, for example, a lady’s naked arm might be acceptable to us in the West, but will certainly turn off users in other countries.

“Brand-name checking is also something that some companies neglect. So, while your funky name might work very well for someone in the United States, it might be very rude to someone else or might have negative associations, or exist already.

“I came across a brand in Vietnam recently, called Malata, which doesn’t sound too bad to the English-speaking ear. But it means ‘ill’ in Italian, and you don’t really want any associations with ‘sickliness’ with your brand. That’s one thing I’d say people should watch out for.” 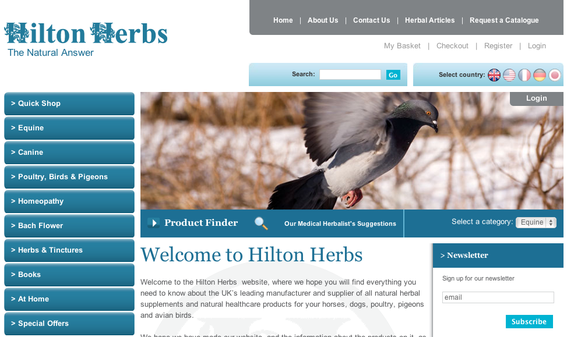 PEC: Are there payment issues or currency issues?

Arno: “Pricing should be in the local currency so that people can relate to it and understand it and immediately trust that you have a local presence.

“We [Lingo24] have virtual offices in countries where we don’t actually have offices, so that people feel you’re doing as much as you can to act local. As far as the website itself is concerned, it’s very valuable to buy a local domain name. So, in Germany a .de, Sweden a .se, and .cn for China, for example. And to have those websites hosted within the country you’re trying to sell into as a lot of search engines will give you extra weight in their results if you appear to be local to the consumer you’re trying to target.”

PEC: Tell us about Lingo24 and about how you came to launch that company.

Arno: “Lingo 24 has been going roughly ten years. We’re primarily a translation provider and we help companies adapt their websites for foreign language markets. It originally came from a student idea. I was studying in Italy and I had many friends from different countries, all of whom could translate between different languages, none of whom had much money. So, we launched a student translation service just over ten years ago and when I graduated, having had a little success, I thought if we take this seriously and we manage it with professional translators, maybe we could have a serious business on our hands. So, now we are 150 people full time.

“The headquarters for Lingo 24 is in Edinburgh, Scotland — in the U.K. — but we’re very global. We’re expanding in all of our offices. We’ve got operational hubs in three different key business continents: Romania in Europe, Philippines in APEC (Asia-Pacific), and here in the Americas in Panama. We also have field-marketing offices in San Francisco, London and Edinburgh.

“We don’t just offer translation services and website localization services. We’re increasingly offering foreign language Internet marketing services. Those services are intended to help our clients, including small ecommerce companies, get to the top of the search engines in languages other than English, which is a really important way for them to drive sales. We feel that if we help them drive those sales in the foreign language markets, then that will come back to them buying more translation. It feeds into what we’re doing overall.”

PEC: Can you walk us through the site translation process?

Arno: “I’m sure all of your ecommerce merchants would be familiar with which are the top search-engine terms that can convert for them in English and potentially in different countries. They’ll also see that they may well have some international customers who have come to them from countries where the language is different than English, but people have perhaps searched in English. So, Lingo24 would look at what the terms are in which of the countries and we’d start to do some keyword research to see what the demand was like in those specific languages in the country markets. And then we’d launch a low-cost, optimized microsite to test the water with terms that we know work well in English. Little by little — it’s very much an iterative process — we would increase the volume of content based on the results that we’re seeing for different terms in different country markets.”

Arno: “Initially it meant that we could take orders 24 hours a day through our online website. Nowadays, we generally do work 24 hours a day and we’ve got a project management set up that effectively passes the translation management part around the globe as the sun shifts. We have several clients, particularly in the public relations space, who need translations done very quickly, yesterday they tell us, and we need that integrated 24-hour operation to make that happen.”

PEC: How much does it cost for a merchant to have a website translated?

Arno: “If the merchant already knows which countries are working for them and which terms they want to target and they’re relatively niche terms and not too competitive, we could translate a small number of pages to enable them to test the market for a few hundred dollars per language to get them started.

“It depends on the level of assistance that they would want. If they need, within a competitive market, for us to build a lot of links to their site for high value PR placement in languages other than English, the charges might be higher. But, if they just want to dip their toes in the water and they have a pretty clear idea of where they want to go, we can start off at just a few hundred dollars.”

“From our perspective, we don’t want a quick buck. We want a long-term relationship with the client. We want them to be making money from our services. So it makes absolute sense for us to be flexible in the approach and for us to make it work for the merchant.”

PEC: Can you address the sophistication of an automated translator, like Google Translate, versus the human translation services that your company provides?

Arno: “It’s very exciting, the development. If you asked me that question five years ago, I’d have rubbished Google Translate as a tool that doesn’t really give quality results. It’s now improved significantly due to the use of facts-based machine translation. It is useful in certain commercial situations. For example, TripAdvisor, the online travel advice site, does use machine translation so that people can read reviews that have been made in languages other than their own. I think that’s useful for people to get an idea of people’s impression of different hotels and bed-and-breakfasts. It’s not perfect. It doesn’t get the subtleties across, but it certainly is good enough for people to get the nuance of what’s happening.

“So, I think if merchants have got a lot of reviews on their site and they want to multilingualize them to be meaningful for people who are reading in many different languages, machine translation has a role. What it doesn’t do is actually put across the subtlety behind your brand. So, with marketing material, I wouldn’t trust that to get things right. You still need the human understanding of what you’re all about.

“For technical material, there can often be important considerations that you need to get accurate. Humans can do that better, and they do that sometimes using tools and technology, but you can’t leave important documentation and important impression of your own brand to machine translation.”

PEC: What languages are particularly attractive or fast growing for merchants to target?

Arno: “I’m sure your merchants are familiar with the acronym BRIC, which stands for Brazil, Russia, India, and China. These were the economies that were identified maybe five to ten years ago as having huge growth potential. Merchants should start with having versions of their sites in these languages.

“There’s a new group of languages, a new acronym economists have identified. It’s CIVETS. That stands for Colombia, Indonesia, Vietnam, Egypt, Turkey, and South Africa. These are economies that are growing fast and offer lots of opportunity for particularly niche ecommerce retailers from English language markets.”

PEC: Anything else on your mind for our readers?

Arno: “The English language is really competitive online and for commercially available search terms, you cannot invest a lot of money to appear high on either the natural or the pay-per-click results, and that’s just not the same in languages other than English.

“That’s reflected in what a lot of the biggest companies, the most multilingual companies, are doing. A recent study by Byte Level [an Internet research firm] identified the top 150 companies globally. On average they have 23 language versions of their websites, which now in 2011 is up from 15 in 2006. The top 25 actually have an average of 58 language versions because they’re seeing that the revenue is coming in languages other than English.

“So, I’d say follow the money, follow these big companies and get a step ahead of your competitors by embracing the foreign language Internet.”