In the Green Mountains of Vermont, there are legends.

There is, for instance, the legend of Ethan Allen and his Green Mountain Boys — patriots to a fault, if a little rough around the edges. Part of their lore includes the “taking” of Fort Ticonderoga over in New York. Allen and his band of 83, with Benedict Arnold tagging along, knocked on the fort gate one day and called out the British dcommander, demanding the key to the fort. The colonel acceded, and a revolution got a jump start.

Now there is another legend in Vermont — in Waitsfield, to be exact. In this one, a fellow named Bob Stiller frequently bought coffee in a little coffee roaster’s shop, and he loved every sip of it. He loved it so much he offered to buy the place and invest in the prospect of giving the rest of the world the opportunity to have a cup of coffee as good as what he got in Vermont.

That little coffee shop is now a $189 million-per-year, publicly-traded company and one of the major forces in the world of coffee. More than $60 million of its revenue is generated from online sales.

Stiller and his own Green Mountain boys and girls (a more refined but no less dedicated group) built a sterling reputation and a solid brick-and-mortar operation with headquarters in Waterbury, Vt. With a strong commitment to quality of product and an unfailing social conscience, the company describes itself as “dedicated to conducting business in a manner that balances economic goals with environmental and social impacts of the local and global communities.”

While the Green Mountain legend is romantic — “man buys a cup of Joe for the world” — the underlying business story is equally fascinating. Ken Crites, director of the company’s consumer-direct division, has successfully shepherded a pre-Internet company through the multichannel consumer-direct sales maze for the past three years. He offered insight into the company that knocks heads with behemoth Starbucks and sells enough coffee beans to bury a small city.

First, we wanted to know why the Green Mountain concept, or any quality coffee concept, was a viable business in face of a hugely competitive marketplace. 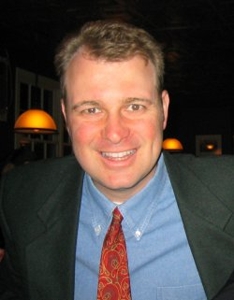 Crites: Grocery store coffee 50, 75 years ago was pretty good. But over the years it has gotten worse and worse. Some of the big brands people were familiar with started putting in more and more of the cheaper Robusta beans instead of more of the nicer, higher-end Arabica beans. This happened over a number of years, so most folks didn’t notice the little bit of change from one year to the next. But over the years it turns out they were serving a pretty poor cup of coffee. So when Bob and the founders here found a facility using 100 percent Arabica beans and the New England light-roast methods, they saw something they could take national.

PeC: Given that quality and the market potential that Bob Stiller saw, you are still in a highly competitive sector.

Crites: That’s right. Admittedly, there is Starbucks and then there is everyone else. In some ways, Starbucks has encouraged people that it’s worth paying a little more for a cup of coffee, and that helps us to a certain degree. But we have been around for 25 years and we don’t own our own retail, which is a big difference between Starbucks and us. They run everything out of a central headquarters in Seattle, whereas we believe very much in partnerships. We have partnerships at the farm or source level or with people like McDonald’s who are serving our Newman’s brand in their stores now. We also partner with entities like PBS where they sell coffee to help raise money for their public broadcasting system.

PeC: Speaking of PBS, the social responsibility matter is a very important issue at Green Mountain. The social conscience of Green Mountain is no secret. You spend a lot of energy and money in that area. How important is it in the overall business model?

Crites: No. 1, in terms of motivating employees, in terms of giving us all something to be inspired about. Our social responsibility is important in helping people to trust us in partnerships and we make sure that as much of our coffee as possible is Fair Trade Certified. That is a great benefit to the farmers who supply our beans. Having a good cup of coffee is a must-have in the business, but then what do you do to differentiate yourself? We do that with our social responsibility actions.

PeC: That said, your price point, on the web for example, isn’t that much higher than your competitors’ prices. How do you maintain the level of quality, put as much as you do into a social culture and still maintain a decent price point in the market?

Crites: Very good point. But certainly some of our social good deeds help assure us of getting better green-bean coffee from our sources. A farming community that isn’t starving can focus on quality and production rather than where its next meal is coming from.

PeC: Green Mountain was a very successful brick-and-mortar operation. But you have also transferred that success into an excellent web presence and sales channel. When did Green Mountain first go online?

Crites: The site you see now is our second one. The first site launched in 1999 and this one launched in September of 2004. The 2004 launch was a massive improvement over the old site, and it’s what brought us the recognition as one of the Top 50 retail sites.

PeC: What was the thinking behind the relaunch of the website in 2004?

Crites: There were two things that occurred in the late 90s and early 2000s that caused us to invest in the concept of multichannel, consumer-direct sales. First of all, the web took off and people got more comfortable buying on the web, and we made a big investment in the whole Keurig Single Cup System (K-Cup). Now, before about 2003 we treated the of idea of selling directly to consumers (online) as a nice thing to do and as just break-even advertising. When we saw web sales taking off, and we knew the Keurig thing was going to take off, was when the company decided to invest in consumer direct. It could no longer be a sort of hobby. So, we went from three to 13 people in our division — that was when I got hired. That was when we began work on the launch of the site you see now and we refocused our efforts on our Cafe Express program which is one in which a consumer can have our coffee sent on a regular basis.

PeC: So you took the Internet from an expense to a profit center.

Crites: Exactly, and in the consumer-direct division, we’ve been on a compound annual growth rate of 60 percent growth over the last three years.

PeC: You already had an audience to a certain degree and a database of customers to work with, but what did you do to make the coffee-buying public aware of your new presence and intention on the web?

Crites: The first steps were pretty basic, you know — the keyword bidding that everyone does. But the real difference was that we had, up to that point, been treating the Keurig brand as a completely different company with a completely different website. That was silly. People just wanted our coffee and they wanted to see it in whatever format worked for them. So, we folded the Keurig single cup brewing system and all of the K-Cup products into the site, and we started to emphasize Cafe Express, our club program which makes things a lot easier for everybody. That’s when sales really took off.

PeC: We know you sold a lot of single cup brewers, but isn’t the consumable product (the K-Cup pack) a big deal online?

Crites: We sell a lot of those brewers through the site, partner sites and stores and retailers in general. But then the consumer has to ask, “Where am I going to buy the K-Cups?” You know the No. 1 aspect of those machines is convenience, and the No. 2 thing is variety (in flavors and types of coffee). The typical grocery store doesn’t have the space, and we can’t afford to pay for it, to stock all 35 flavors or varieties. So, when people started looking for those K-Cups online at our site, we absolutely had to have our act together. We’ve gone from 8,000 Cafe Express members to 42,000, and they get their K-Cups online.

PeC: Cafe Express is your version of a loyalty or rewards program. How important is that to online and direct sales?

Crites: In my division it is priority one. It’s our club and a way to generate repeat customers. There are bad clubs out there, and you have to guard against trying to squeeze another nickel, short-term, out of that consumer. But if you have a quality product and a nice offering, you can build loyalty. But if we do something bad in consumer direct, that consumer is not going to like your brand in the other channels you’re in. Some other clubs have a sort of “burn and churn” philosophy, but because our coffee is available in many other channels we can’t do that, nor do we want to anyway. So, we do a lot of nice things, not just when you join, but throughout the year as well.

PeC: Other than tracking sales and club members’ activities, is there anything else you do to get feedback or to track your customer satisfaction?

Crites: Yeah, we’re big fans of the Bizrate survey that you can take after making a purchase. That’s not unique to coffee; any dot com can use that — it’s free. We get a lot of feedback from the Cafe Express members, as you might imagine. We just conducted a usability study on the site that should tell us how consumers are reacting to it.

PeC: There are plenty of companies that are successful, traditional companies that may be thinking about getting into the online sales channel. What has your experience taught you that you could pass along to others?

Crites: Our experience begs the question, “What unique experiences are you going to offer online in comparison to what you do already?” If you are just going to replicate your offline operation, then it is only a slightly longer arm for places where you don’t necessarily have stores. I think you have to come up with a unique offering which is our club experience and the really wide variety of K-Cups you can get online. What are you going to do online that you don’t do offline? You can’t reinvent the wheel — it still has to fit your business model — but I don’t think it can be the same as your offline experience. If you can come up with a unique offering or a wider assortment or a 24/7 you don’t have offline, then it can be very profitable.

Green Mountain Coffee Roasters is a publicly-traded company (NASDAQ symbol: GMCR). It was founded by Bob Stiller in 1981. Stiller still serves as CEO. The company revenues in 2006 were about $189 million, with $63 million of that occurring online. The company website is Greenmountaincoffee.com.