The idea of targeting ads to visitors who leave a site and continue surfing the web always made sense to me. Until recently, however, this “remarketing” was an afterthought. It just wasn’t producing enough traffic or sales to be valuable.

When Google got into the remarketing business, there weren’t enough distribution deals in place to make it a top priority. By “distribution,” I refer to popular websites that could potentially serve up a retailer’s ad because they were part of the retargeting network.

So many sites have opted into Google’s advertising network that a web surfer could conceivably leave your site today, and if you do remarketing, they could see ads multiple times a day, for months, on the other sites they visit.

The web surfer will think that your brand is everywhere, even if you’re just paying per click, with a very limited budget. That makes retargeting through Google AdWords sound like a no-brainer, and it probably is. Until recently, however, it did not produce significant revenue for mid-sized online retailers.

That was due, in part, to two problems.

We audit hundreds of campaigns each year and repeatedly find that merchants who use retargeting simply run “brand” campaigns. That means a shopper comes to Acme Tire, for example, leaves that site without buying, and then sees ads like the one below all around the Internet. 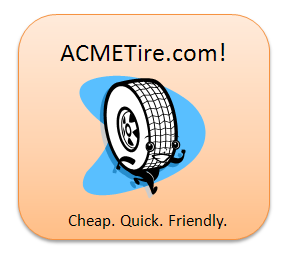 This retargeting ad has no call-to-action or specific offer.

If Acme Tire cared only about branding, it might be very happy with the result of a campaign like this. Chances are, however, it wants to do more than make its brand memorable. It wants to generate clicks and sales. That requires a different approach.

Many of our clients have achieved success by advertising specific, time-sensitive deals that create a sense of urgency. Instead of the ad above, an alternative might follow the timely-discount concept, below. 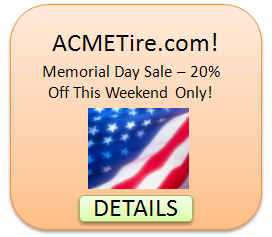 Showing a consumer time-sensitive deals can encourage them to click the ad.

Problem 2. Limited opportunity to customize who sees which ads.

While the “timely-discount” approach tends to work better than the “brand” campaign approach, it still isn’t optimal. That’s because remarketing platforms, including Google AdWords, haven’t given marketers the power and control they’ve needed.

Ideally, marketers could schedule remarketing campaigns that were more tailored to the needs of shoppers, based on their behavior on a merchant’s website before leaving. That might lead to ads like the following, targeted to shoppers who browsed to the particular product featured in the ad. 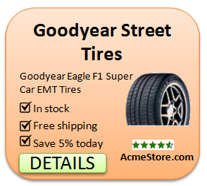 It is now possible to display ads specific to the browsing behavior of specific shoppers.

The good news is that merchants can actually run ads like the one above, which promote a particular product that a shopper browsed to. There are many other customized ads that can be run, too. Since these ads target only people who have visited a merchant’s site and who perhaps have exhibited particular behavior while they were there, the ads can be targeted to a potentially lucrative base of potential customers.

To prepare for this article, I reviewed custom remarketing campaign combinations that merchants can create today, in addition to the example above. We tested many of these and have seen great results. Here are a few examples.

For one merchant, we created combinations for its entire product offerings, which resulted in increased revenue and a return on ad spend of 747 percent.

Recover abandon carts. Want to lower your cart abandonment? Tools like The Cart Closer help persuade shoppers from leaving while they are in the process of abandoning your cart. But remarketing campaigns through AdWords give you an additional chance to convince shoppers to come back to complete their purchases – for days, weeks, or months after abandonment. 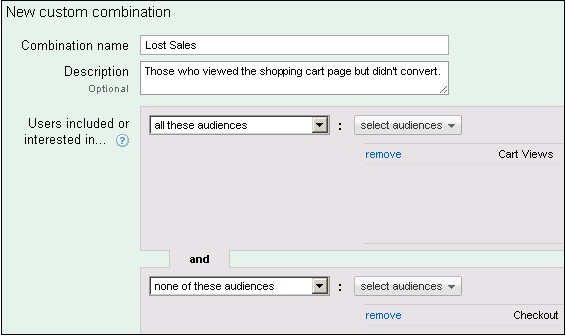 Remarketing to shoppers who abandoned their carts is a simple way to increase revenue.

We’ve deployed cart abandonment remarketing campaigns for one merchant that now revives almost 7 percent of abandonments with a return on ad spend of 1,500 percent.

Seasonal campaigns. Sell snow shovels? You can target ads to consumers based on the weather. I live in Boston, and when we received heavy snow two years ago, many local stores quickly sold out of snow shovels. I would have responded to retargeting ads then.

Remarketing has always been a good idea. It’s finally producing significant revenue for online merchants, who make significant investments to get shoppers to their sites. But only a low percentage of visits turn into sales. Often that is because a shopper is early in the buying process and is simply conducting preliminary research.

Retargeting now gives merchants the power to not only keep their brands in front of these consumers, but also to engage them with relevant ads and time-sensitive offers. Remarketing will likely grow in importance. Now is the time for online merchants to take it seriously.