Keywords and topics are central to contextual relevance, a primary ranking factor for search engines. In the wake of the changes to Google’s Keyword Planner, the natural search industry’s go-to research tool, many are left wondering where to turn for their keyword and topical research.

Those who haven’t already been using multiple tools to deepen and extend their keyword research are now left with a couple of choices: start spending on an AdWords campaign to activate your account or change the data source.

Changes to the Google Keyword Planner

For years Google has offered its AdWords Keyword Planner as a free resource. Many practitioners of search engine optimization used it for their data needs even though they didn’t advertise on AdWords. Recently, however, Google decided to provide the detailed data within the tool only for AdWords customers with active accounts. Users that don’t meet the unannounced minimum spend requirements instead see ranges instead of specific numbers. 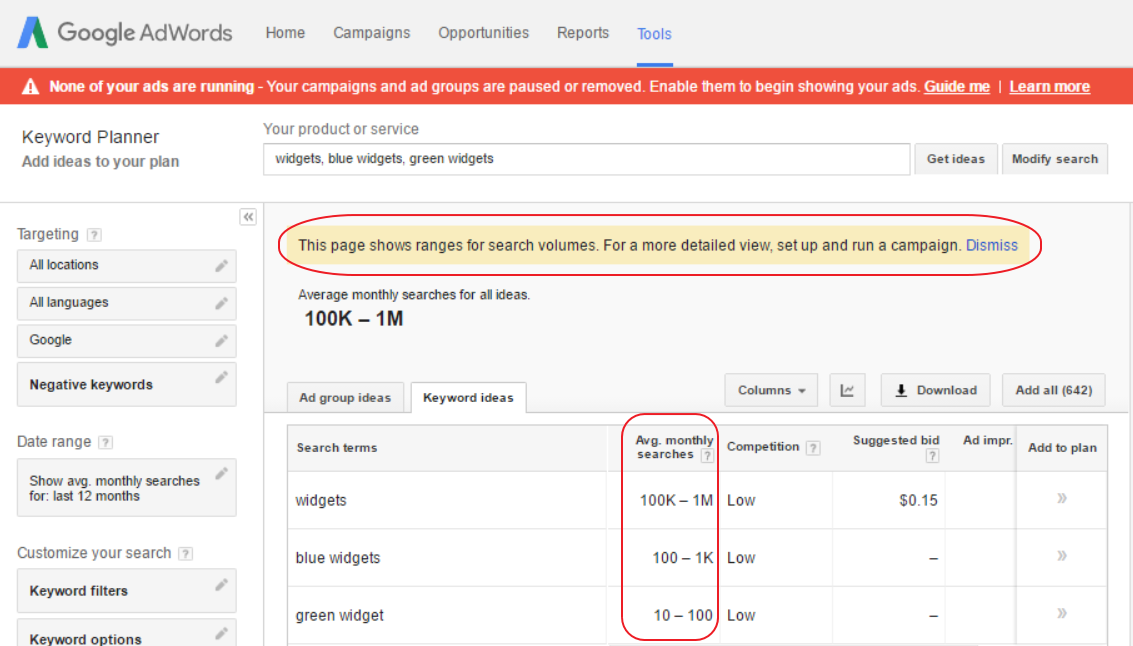 In addition, Keyword Planner now has limits to the amount of detailed data that can be accessed. After this unspecified limit has been reached, the detailed data will revert to data ranges, as shown above.

The most frequently asked questions around this change are as follows.

There is another logical reason, however. It costs money to provide data and to host and compute that data. In addition to individuals accessing the tool for their own research needs, many third party keyword research tools scrape data from Google’s tool to provide their own data sets. Those tools demand a lot of data from the system rapidly. Instead of shutting down the scrapers, Google has shut down access to the detailed data for everyone who doesn’t pay for it.

The first option is seemingly simple: Run an ad campaign in AdWords. You’ll have to experiment with the bids to find a minimum amount, and it may not be something that small businesses can afford, ongoing. In theory you could activate a campaign, wait 24 hours, and then use the tool to access the keyword data. When you’re finished you could switch the campaign to inactive. I haven’t seen any mentions of a requirement around length of activation for an ad campaign, so this might work for users who want the data for short-term use for a specific project.

The second option is to find another source of keyword data. There are other keyword research tools, but many of the most popular also relied on scraping data from the Keyword Planner. Those tools will no longer be viable sources of data.

Bing also offers its advertising customers a keyword research tool, the aptly named Bing Keyword Research Tool. You do need an account to log into Bing’s Webmaster Tools, within which the keyword tool lives. 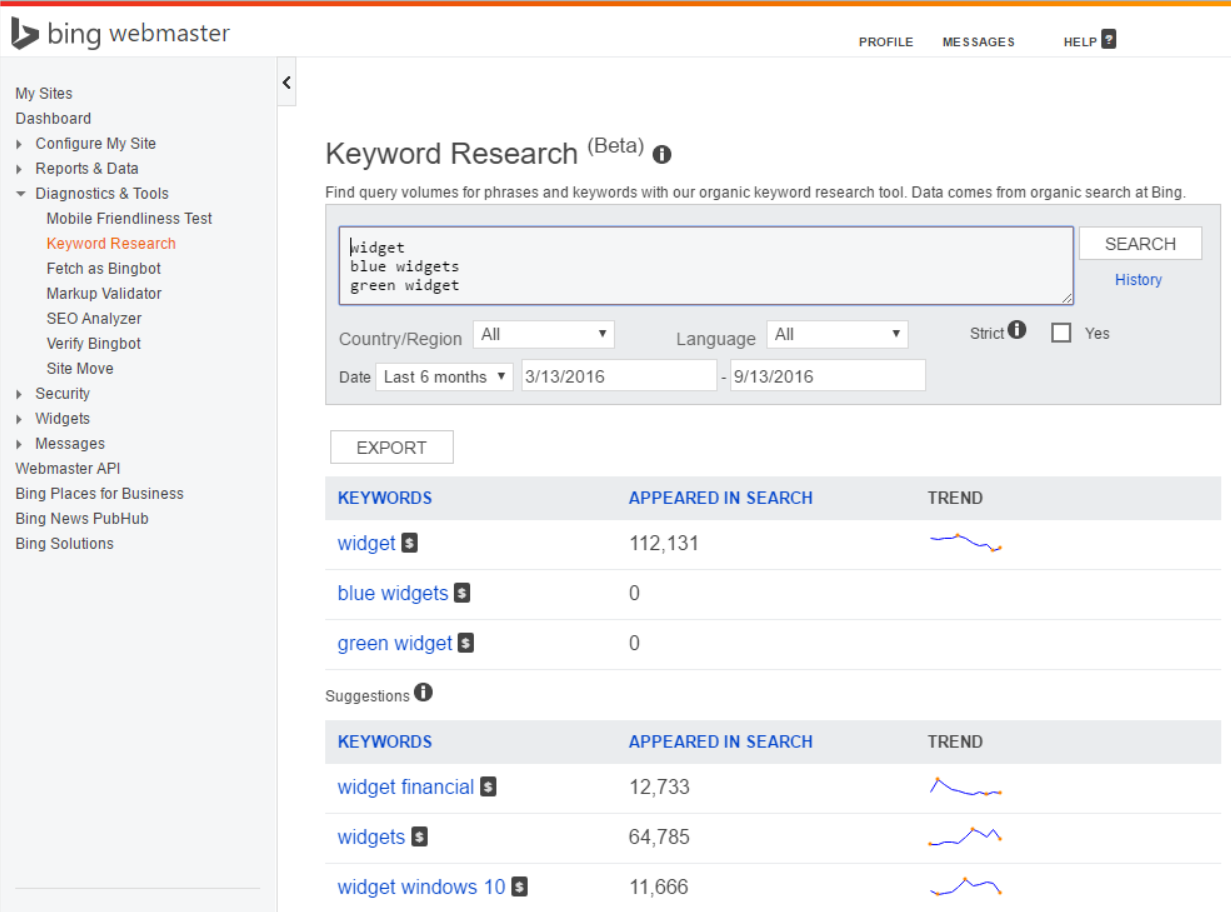 Bing’s tool is aimed at SEO professionals using its webmaster tools, versus being a tool with which to specifically sell advertising. Keep in mind, however, that the dataset is different than you’re used to seeing. Bing’s tool contains only Bing searches. It defaults to a three-month time period. The data you get from Bing’s tool will look very different from Google’s past data — don’t expect to be able to compare them apples to apples.

Wordstream also offers a free keyword tool. While it doesn’t disclose searches per month to free users — you need a paid account for that — it does have a visual indicator showing search frequency. You can use this to judge the relative value of keywords against each other.

Other free tools scrape the Google Suggest box at the top of the search results page. A lot of them also scrape suggestions from Yahoo, Bing, YouTube, and Amazon. UberSuggest is the most well known of these suggestion scrapers, and a good place to start. Suggestion tools do not typically have any numeric data associated with them, however. Their role is to produce a lot of keyword ideas, which you could take to another keyword tool and input for data around search volume.

The few options I’ve listed here are free tools that have a good reputation for data integrity and that disclose their data sources. If you are aware of another free tool that meets these criteria, please let us know by putting it in the comments, below.