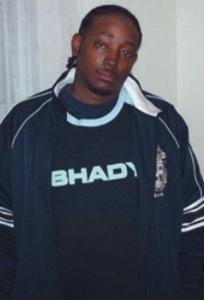 “I originally had a hosting account with SimpleNet before Yahoo! purchased it, and SimpleNet offered Miva Script like other companies offer PHP. Through the Miva Script forums, I met a guy who programmed a custom shopping cart for me. I launched an online store specializing in independent hip-hop CDs back in 1995 called HipHopNow (a play on the CDNOW name). I used SalesGate to process my credit cards. SalesGate’s security was breached and its sensitive data compromised, so I moved to Miva Merchant. Back then if you knew Miva Script you could go in to modify the code and make changes to the system in the same way you could on an open source project. Then down the line Miva decided to close its system, and I felt it was time for me to move on.”

“My next store was a music download store created in osCommerce. The thing that really attracted me to OSC was its huge support community. Once you learned the structure of it, it was easy to modify, though time consuming because there is no separation of code and graphics. If you wanted to make a graphic change on one page, you had to manually do it on all the pages. There were template systems for OSC, but there was no guarantee that your store wouldn’t break upon the next upgrade. I really like OSC and even developed a couple of music store templates that I offered for free download on the site, but the underlying code of OSC is just old and outdated.”

“Eventually I shut down that store and started working on a pet store, Petsright.com. I didn’t feel like going through the hassle of changing every page in osCommerce, so I searched for another solution and came across storesprite. Storesprite has the absolute easiest cart to customize the look and feel of, but its payment systems and the way it handles shipping are kind of limited.”

“I also run the online division of Ramco, which supplies commercial parts and accessories to the food service industry. This includes, but is not limited to, design, updating its products and search engine optimization. Ramco is running on Magento with a generic template. I needed to get it up and running to meet a deadline, so I haven’t done much in the way of customization beyond images. Right now I’m in the process of trying to learn Magento inside and out in order to improve the Ramco website and migrate my upcoming pet store site to the platform.”

“My personal project, Petsright.com, is in the process of being created. It utilizes storesprite, but I’ve stopped adding products to it as I’m going to migrate this store over to Magento as well. I’m also considering another music-based venture, which will utilize Magento once it adds the ability to handle downloadable products.”

“What really attracted me to Magento initially was that its default store was the best looking of any software I’ve seen. Other things that attracted me were built-in integration with Google Analytics and real-time shipping modules for UPS, UPS XML, FedEx, USPS and DHL, one page checkout, the ability to handle multiple product images with a zoom slider function, abandoned shopping cart reports, RSS feeds for new tags, importing products through XML or CSV files, the ability to handle shipping to multiple addresses in one order and the host of search engine optimization options built into the software.”

“But as much as I love Magento, it’s not perfect. Some of the functions of Magento seemed to be designed by developers for developers, meaning everything is not as intuitive as it could be. Also, because it’s new the community is not yet as active as, say, with osCommerce, where questions get answered almost immediately. I also think the documentation could also use a major overhaul.”

Choose a cart based on your business needs

“I chose each cart I’ve used by different criteria. Miva Merchant was chosen because I was already familiar with the scripting system and the community behind it. osCommerce was chosen because of the very active user community and the many extensions available for it. I utilized storesprite because it was the easiest to get up and running and to customize. I chose Magento because there’s nothing out there quite like it.”

“I’ve learned that you should choose your cart based on how you see your business growing. I took over the Ramco project from a developer who had created the original site with a little shopping cart script. While this solution may have worked for a small company with 10 to 20 products, Ramco needed a solution that can eventually handle hundreds of thousands of products, and the original software would just not be able to cut it.”

“Don’t get suckered into something underpowered, but it doesn’t have to be the most expensive solution either. Its need to be something you feel comfortable with that has the ability to grow with your company.”

“Migrating to another platform is always a pain, and there’s almost always no easy solution for it. I would suggest trying to find a solution that’s the least painful. Do your homework. Check the support forums of these companies, and see what problems people are having with the software and how quickly their problems are resolved. Check out live stores created with the software so you can get an idea of what can be accomplished.”