In December of 1996, Daniel Thralow (pronounced Trah-low) sold one pair of Ray-Ban sunglasses on the Internet.

Thralow: A local guy said to me, “I’m starting this little group of websites. Give me a hundred dollars and I’ll build you a web page.” So we built this little web page—it had no photographs, there was no email, no online ordering. All it was, was just one page of text describing our store, and it had an 800 number. That was in November. In December the phone rang in my little store in Duluth and a guy asks, “How much is your Ray-Ban Round Metal. I said, well it’s $112, and he said, “Wow, that’s a great price, I’ll take a pair. So, I started giving him directions to the store. He says, “Can’t you ship them to me?”

It had not occurred to Thralow, up to that point, that he was speaking to his first Internet customer, a man from New York who saw that simple little page of text about a sunglasses store in Duluth, Minn. In January ‘97, the Thralows, Daniel and his younger brother Jonathan, sold two more pairs of sunglasses and things kept doubling until Peepers.com had become the top sunglass seller on the Internet. Of course, this overnight success didn’t happen overnight. It was, instead, a 10-year search for the Holy Grail of business for a young man who came out of college armed with a bachelor’s degree and a lot of desire to be a retailer.

From clothing to sunglasses 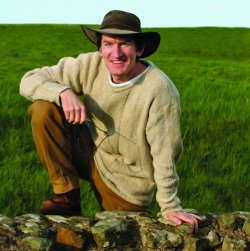 Thralow: When I got out of college, I started a clothing store, a traditional clothing store, and it didn’t do very well. I didn’t know anything about clothing. The merchandise was targeted toward funky college kids, and I wasn’t even near a college. But one thing in the store that did do well was sunglasses. So taking a cue from that, I moved to a higher-traffic mall and just sold sunglasses. This was in North Dakota and, I thought, if we can make a living selling sunglasses in North Dakota, we could do this anywhere. So we were going to franchise our Peepers concept, but then I found out that Sunglass Hut has sewn up all the best mall locations. They already had 500 stores globally. We thought we were on to something new—we weren’t.

Sunglass Hut and their sub brands had all the “A” mall locations tied up, and we were relegated to what I called “post-nuclear plaza.” We were basically competing on price trying to get people to come to our store in “post-nuclear plaza.” We tried all kinds of things to get people to go an extra mile to save $50 on a pair of sunglasses. The question was how do we get our message out? We would do things like buy billboards, radio, TV, newspaper. But the real question was how do we measure our marketing. We would say our sales are up 10 percent, but why? Is it because we’re better sales people, is it because the market got bigger or is it that big billboard we had out on the interstate? You just don’t know, but you’re afraid to mess with the process. But then I was reading about the Internet and the promise of the Internet. People were saying there was this new thing called the World Wide Web, and merchants were going to be able to put up a billboard and, not only would they know how many people actually looked at their billboard, but they would know if they came into your virtual store. As a result, you would actually know if they bought something. To me that was the Holy Grail. When I read that, the light bulb just went “boing.” That was magic. If you paid a nickel for a banner ad, and it took 10 of those to get someone into your store, you would know exactly what you acquisition costs are—I mean it’s all math after that, it takes the emotion out of it.

The reality of the Internet

It took another five months for the reality of the Internet, even in its infant stages, to register with a man who would come to call it the “biggest mall in the universe.” From that first Internet sale in December 1996, the sales graph went straight up. By May of 1997, Thralow quit all of his traditional marketing, shuttered his two other retail locations and consolidated his activities to a store in Duluth. The “ka-ching machine” just kept on churning out sales; things went from one and two pairs of sunglasses a month to hundreds and then thousands. The Peepers man still didn’t even have a computer.

Thralow: And I finally got a computer and an email address in June. I got a Beta copy of FrontPage (version .9). So, I started designing my own websites. I got to know the local ISP (Internet service provider) guy, he was an entrepreneur, too, and I worked with him to set up the first store with pictures and an email. And it was another two years before we added a shopping cart.

Before the end of 1996, Thralow was firmly established as an Internet merchant. Sales topped $400,000 (double the ‘96 figure). In 1998, the gross figure climbed to $1.5 million. In 1999, Peepers.com was named one of the fastest growing companies in the country by Fortune. The publicity attracted the attention of venture capitalists in New York City. The story of the next two years is not a pretty one for the Thralow brothers.

Thralow: They wanted to do a roll up of all the optics sellers on the Internet. They had identified us as the biggest sunglasses seller on the Internet ($3.8 million in ‘99). This is kind of ironic when you consider that the sunglass market is about $2 billion worldwide—our little $3.8 million doesn’t even show up on the radar and that showed just how small the Internet was. But I was young, struggling in business and not knowing what I was doing. So we said, “Sure you want us to run it, keep all the employees right here in Duluth and you write me a big check, where do I sign?” So I signed on, which was horrible mistake. I lost control of the company, they ran the company right into the ground to the extent that in 2000, all the employees had to be laid off and I was fired, too. The company was destroyed.

Purchased back the domain

Daniel, unlike a lot of other ecommerce upstarts at the end of the millennium, had kept some of his money, and he kept his entrepreneurial spirit alive. He bought back the www.peepers.com domain from the defunct roll-up company, and he bought a URL from that company—www.binoculars.com. Armed with what he had learned in “bootstrap school” during the previous four years, he went back into business.

Thralow: Peepers.com had dirt all over it from the demise of the company that acquired us and failed. The vendors, for example, just didn’t like us anymore. So, we just let that domain sort of percolate for a while, and we put all of our efforts into www.binoculars.com—it was a hit right out of the box. That first year, 2001, we did $2.1 million. We still lost money, which was harsh. Even though I wasn’t liable, we still had business leases and other costs associated with the failure that we honored, and that cost us some profit that first year. But in 2002, we made $30,000.

As the new century rolled on, sales kept climbing; last year the company did $20 million. Along the way, they became one of the popular places on the Internet for optics. They acquired www.telescopes.com as well as www.operaglasses.com, www.optics4hunting.com, www.thenightvisionstore. com and others. Now there are 41 Thralow sites with 15 of them selling opticsrelated merchandise. Sixteen of the sites are content sites supporting the Thralow marketing strategy. The primary major strategy is branding and high-level service to go with the high-level products they sell.

Thralow: What I was seeing along the way was that, if you are going to compete with the department stores on the Net, Amazon, eBay, BuyNow, you have to supply what they lack. And what they lack is specialty customer service. When people buy high-end items, they like to feel special—I do. They want to feel that they are buying from someone who understands the product and who could, if asked, help them open the box and set it up.

Where we can grow is by having these extremely tight vertical markets, and gaining the economies of scale by servicing them all out of the same call center, the same warehouse and by having buckets of experts in every category. And, you brand to the consumer so that they are dealing with a company that has one passion. When you call www.binoculars.com, we answer the phone “Binoculars.com,” for example, and your credit card receipt will say Binoculars.com, and so will your shipping labels. Every touch point with the customer has to be branded with that special category.

While they have developed and use various marketing strategies to drive traffic to their sites, Daniel regards content as king.

Thralow: There is not enough good content on the Internet. I think we can work to create good content. And we’re by no means good; in some areas we are, but not in others.

The Thralow.net business has come full circle. While the other optics sites are good revenue producers, the top site in the stable is once again www.peepers.com. Daniel Thralow thinks there is a specific reason for that Phoenix-like rise of the sunglasses brand.

Thralow: It is because the manufacturers care about their brand. If you are Giorgio Armani, or Ray-Ban, or Maui Jim, a great example, they don’t want to see their brand prostituted. They don’t want to see it sold out of a garage at 5 percent over cost. That’s because they have learned that destroys all the work they put into building their brand. These are luxury brands and when someone ships it to you in a horrible box and maybe doesn’t include all the accessories, the item is bent or scratched, the dirt of that experience destroys the brand. People who sell that way are literally what I call “brand vampires” that just suck the energy and life out of a brand. So our goal is to always deal with the manufacturer in a way they want their brand to be presented. That means the best products followed by the absolute best service experience.

Test, test, test, is the mantra of successful ecommerce merchants like Daniel Thralow. Try a strategy, test the results and either adopt it or move on.

Thralow: And take it slow. Make sure the amount of money you have is going to last. Things will always cost more than you thought they would, and things are always going to take longer. We were old hands at Internet sales when we came back in 2001, and we still lost money because it just took more money and more time than we anticipated.