Is Selling Marijuana and Alcohol Online Worth It?

Want to sell laptops over the internet in the U.S.? It doesn’t make much legal difference whether the buyers are in or out of state. The same holds for almost everything in ecommerce. The taxes may differ, but that’s about it.

But when it comes to marijuana and alcohol, the differences are mind-boggling and complicated. So complicated that, for many merchants, it’s not worth the effort.

Most knowledgeable attorneys and regulators say the same thing. The current legal and regulatory system was set up to prevent out-of-state sales. It still works that way.

It doesn’t help that the laws governing alcohol sales differ from marijuana.

Marijuana regulation is tied to the federal government’s failure to decriminalize it. Any transaction crossing state lines or involving (federally regulated) banks is illegal. That is why most legal weed business transactions are in cash – avoiding bank-issued credit cards.

Alcohol regulations, on the other hand, date to the 1930s prohibition era, wherein each state established its own laws and procedures. The political compromise in 1933 that allowed wine, beer, and spirits to be sold legally again in the U.S. acknowledged that some states that had been dry before prohibition might want to remain that way.

Thirty-nine states and the District of Columbia have legalized recreational or medical marijuana. The result is a mishmash of rules unique to each jurisdiction. For example, an allowable prescription for medical marijuana in one state may be illegal in another.

Throw in federal complications — the Drug Enforcement Administration still classifies marijuana (and heroin and LSD) as a “controlled substance.”  Hence there is no practical way to sell legal weed across state lines, although consumers in banned states (Texas) could travel to legal states (Colorado) and assume the risk of taking it home.

But that doesn’t help ecommerce sellers.

Many states allow in-state sales for wine without visiting a physical retailer, but there are bewildering exceptions.

In Texas, chains can’t ship the wine internally across counties — from one store to another. It must return the wine to the wholesaler, who can then send it to the receiving store.

Likewise, a consumer in Texas can’t buy wine online from a retailer in another county, though it’s legal to order from a store in the same county using the store’s website or a third-party service such as Drizly. 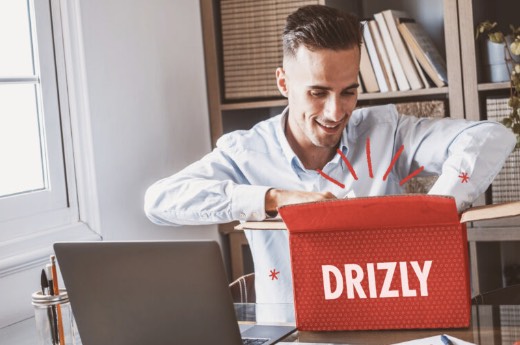 Nationwide, beer and spirits are more uncertain as their legal status is less defined than wine. Generally beer and spirits can be sold through third-party services and local retailers. And it’s possible to sell wine online locally with the correct licenses, permits, and, perhaps, a physical location.

But contact an informed attorney for all online alcohol sales, especially out-of-state shipments, which are a tangled mess and thus popular with attorneys.

Meanwhile, a half-dozen cases are wending their way through the federal court system, testing the constitutionality of out-of-state shipping laws for wine retailers — liquor stores, mainly. Most states don’t allow out-of-state retail alcohol sales, though 47 permit shipping from out-of-state wineries, which, not surprisingly, is the basis for those retailer lawsuits. Again, until laws change surrounding alcohol sales across states, attorneys know best.