What would you do if your credit card processor and merchant account provider were fraudulent? That’s the reality for many thousands of worldwide businesses that relied on Wirecard, the Germany-based financial technology firm that is now in bankruptcy proceedings, having committed, allegedly, sham practices for years.

I’ll describe the Wirecard fiasco in this post. It’s shocking because of the apparent widespread level of fraud and the lessons for the digital payments industry. 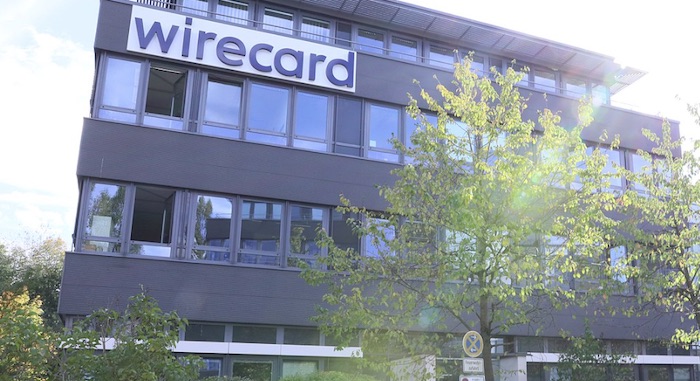 Wirecard is a multinational payment processor, merchant acquirer, card issuer, and technology service provider. The company declared bankruptcy in August 2020. It was listed on the German DAX, a notable stock index similar to the Dow Jones Industrial Average.

Wirecard launched in 1999 as a payment-technology company. In 2002, Wirecard’s then CEO, Marcus Braun (who is now under arrest), shifted strategy to processing payments for, mainly, gambling and pornography websites.

In 2005, Wirecard raised funds by issuing shares in the Frankfurt Stock Exchange through a reverse IPO, having purchased the listing of a failed call center company named InfoGenie. This allowed Wirecard to expedite going public and, some would say, avoid much of the scrutiny.

With the new capital, Wirecard acquired a German bank called XCOM, which held international merchant acquiring and card issuing licenses, thereby allowing the newly created Wirecard Bank to become both a worldwide issuer and acquirer. Purchasing companies for their licenses is fairly common.

Business for Wirecard was, reportedly, booming. At its peak in 2018, Wirecard’s public valuation was €24 billion (roughly USD $28 billion at the time of writing). The company had 5,000 employees and claimed to process payments for 250,000 merchants worldwide in addition to its card-issuing and technology operations. Wirecard replaced one of Germany’s largest banks on the DAX-30 index.

So, what went wrong?

A lot. It’s useful to examine the scandal’s timeline to understand the level of fraud, collusion, and deceit. The Financial Times, which exposed the apparent depth of the scandal, offers excellent coverage.

Concerned employees in Singapore took this accusation seriously and initiated an internal investigation. In October 2018, the employees contacted The Financial Times, which published a report on Wirecard’s Singapore operations. Another BaFin investigation occurred. Singaporean law enforcement became involved, leading to a raid of Wirecard’s offices.

BaFin regulators, again, sided with Wirecard. BaFin announced a two-month prohibition on short-selling Wirecard’s stock, claiming that Wirecard is too important to the health of the German economy.

But many of Wirecard’s processing partners did not exist. They were fake. Indeed, when they attempted to visit the offices of Wirecard’s partners in the Philippines, reporters discovered dwellings of uninvolved residents.

Wirecard’s response was to sue The Financial Times and the Singapore authorities, who earlier had named five Wirecard employees and eight partner companies as suspects in a criminal investigation.

KPMG challenged the authenticity of Wirecard’s profits from 2016 to 2018, citing a glaring lack of evidence, such as no bank statements showing income received. KPMG could not confirm at least 34 Wirecard clients and at least €1 billion in cash. Wirecard had fabricated at least three years of profits.

In early June, German authorities raided Wirecard’s headquarters and launched a criminal investigation against Wirecard’s CEO and several other executives.

On June 16, two Philippine banks disclosed that documents provided by Wirecard to authorities to support €1.9 billion in cash balances were “spurious” (fake). Two days later, Wirecard announced that the €1.9 billion is “missing.” Wirecard’s stock price crashed, and its creditors called in approximately €2 billion in loans.

Following its CEO’s resignation, Wirecard’s new management acknowledged the colossal scale of a multi-year accounting fraud, adding a “prevailing likelihood” that €1.9 billion that was supposed to be in its accounts does not exist.

On June 25, following the arrest of its former CEO, Wirecard announced that it would file for insolvency (bankruptcy).