Google local search should be an integral part of any local business marketing strategy. 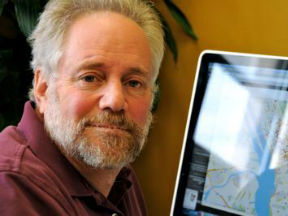 Blumenthal runs the blog Understanding Google My Business & Local Search, where he writes about local search and its impact on the business community.

Web Marketing Today: Google’s emphasis on local has taken several twists and turns over the past few years. Can you provide some background on this journey, for perspective, including where things stand now?

Mike Blumenthal: Google Local has always been a data service within Google. It was an information base that Google would share with other resources.

In 2005, it merged with Google Maps and helped Google compete against, on one hand, the Yellow Pages, and, on the other hand, the Mapquests, Yahoos, and Bings of the world.

It won that battle, handily, around 2008, at which point it became Places, which was Google’s effort to create a forward-facing, publicly-recognized brand for the local data being shared within Maps and Search.

After Google Places, there was a push on Google Plus. Google pulled out the same playbook, which was to integrate local into Plus, to get it traffic. Unfortunately, it was an outdated play that didn’t work well in the social environment.

In 2011, Google realized that the way it assembled local data — essentially rebuilding the local world from scratch every six weeks via web scraping — was very unreliable because, in any given reassembly, errors might be introduced.

Google implemented the Knowledge Graph, in 2012, and spent the rest of the year putting in new pipelines from Google Maps, from Map Maker, and from what became Google My Business, all the while delivering up local as a data service to Plus, Maps, and Search.

Google then realized that Plus was a non-starter regarding its impact on the market and, just recently, ripped out local data. It’s now back to its origins with the data being seen in Search primarily and, secondarily, in Maps, both on desktop and mobile. As we move more toward mobile, Google Maps will become the primary interface for local data.

WMT: Where should a local business place its focus, in terms of marketing via Google?

MB: The local search algorithm, which produces the “Pack” in search results, is interesting because it is a combination of organic and knowledge graph-type variables that affect ranking.

Now, a local small business needs to worry about conversion and people walking through its door rather than ranking. But the reason I bring it up is that the algorithm responds well to a business that has a clear, consistent brand across the Internet.

This includes data suppliers such as InfoUSA and Axiom, relevant local sites like Yelp, Bing, and Facebook, and industry-specific local directories. It also includes having a strong “who, what, where” type website that describes your brand, what you do, and where you do it. Those two things will serve you well.

WMT: Specifically, what steps should a local business take to maximize the value Google provides from a search standpoint?

MB: Businesses should take a layered approach. At the core, is the information that should never change about a business, the NAP — name, address, and phone number.

From there, check the website to ensure it is properly structured using good internal links, title tags, and an explication of who, what, where, so Google can see that. Then, make sure the website converts well. Getting ranked on Google won’t do you much good if your site doesn’t convert once people get to it.

After that, have a solid NAP presence that’s consistent across local directory sites. Collect email addresses, and use email to implement a reputation management program of some sort.

Then, build out a marketing program that focuses on getting your business viewed and recognized by those in the community. Finally, use social media as a way of building post-sale relationships with your existing customers.

WMT: Are there any third-party tools available that may help local business owners in this respect? If so, could you list some that you would recommend?

MB: For NAP consistency, I recommend Moz Local, a tool that allows businesses to quickly, easily, and inexpensively distribute accurate NAP information across key points that we know Google looks at. Also, Whitespark has a tool that finds common, popular citations in your market and industry.

GetFiveStars, a product I built, helps local businesses focus on reputation development. It came out of years of working with location-based companies that couldn’t get their act together about asking customers for reviews and feedback. Reviews are valuable and can help with conversions.

Also, depending on your business type, I recommend using a marketing automation platform. There is an entire range of them, and most are very industry-specific.

WMT: Any other pointers or tips you care to share that may benefit local businesses?

MB: The big thing you need to realize is that the era of manipulating search engines and striving to rank is no longer useful. The Google algorithm is so sophisticated, with things like RankBrain, semantic search, and recognition capabilities, that a business needs to focus on marketing efforts that work well both offline and online.

That includes things like asking customers for feedback and getting newspaper articles written about your business published online. Also, we talk about link building, but you should think about getting recognition online that drives traffic to your business.

Never lose sight of the fact that, one, your customer is who you’re actually targeting and, two, that Google, in emulating how people work in the offline world, is getting much better at recognizing those traditional efforts of marketing and brand-building. Just be sure you’re doing them both offline and on.