Although deal and coupon sites appear to have focused on services or brick-and-mortar retailers, online sellers can still use these services to drive additional traffic and find new customers.

The rise in popularity of Groupon, Living Social, and other deal sites has created a new advertising channel for marketers. And it is important to think about these sites as just that — an advertising channel, not a revenue stream.

When a retailer considers “Groupon” economics — without taking into consideration the fact that it is advertising — it might not look like such a good deal. After all, most deal sites require that you offer at least a 50 percent discount, and then will take about 25 percent more of each transaction for its service. So, if you have a $50 item, you’re letting it go for $12.50.

When you consider that this is advertising, the equation doesn’t look so bad. For example, assume online toy retailers sell Papo figures for $3 to $5 each. To purchase a pay-per-click ad, a toy retailer will spend from 25 cents to 95 cents per click, and more at Christmastime. And not everyone that clicks will buy a toy. So, if it took just 19 clicks at 25 cents each to sell $6 worth of toys — and converting 1-in-19 or at about 5 percent is not bad — the retailer would have roughly the same outcome as using Living Social, Groupon or similar sites.

With this in mind, think of deal sites as a way to introduce customers to your store in the hope that they will become repeat shoppers.

In addition to creating this new advertising channel, deal-site popularity has also spawned a significant rise in competition, with Google, Facebook, AOL, local newspapers, and hundreds of entrepreneurs racing to start deal or coupon sites of their own. What follows are a list of ten well-trafficked — but lesser known — deal makers that could be an excellent source of site traffic and new customers for any ecommerce business.

FreeMonee is a new service that describes itself as a “gift network.” Consumers register with participating banks and financial institutions, and receive “cash gifts” from retailers or other businesses. The consumer may then go to the “gifting” business’s site (or physical location) and make a purchase, using a credit or debit card associated with the aforementioned bank or financial institution. The “cash gift” will be applied to the purchase before any of the consumer’s own funds are touched.

What’s more, FreeMonee uses anonymous purchase data from the banks to target offers. In my opinion, this is the best deal model yet. 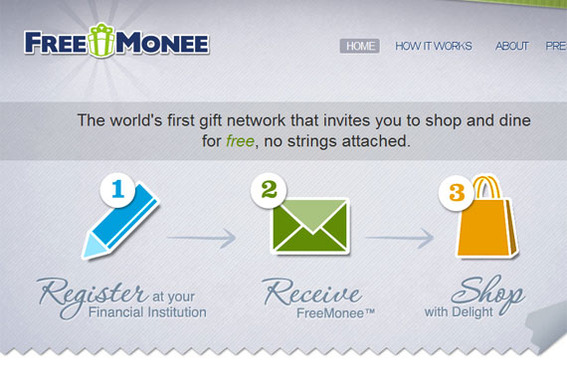 LivingSocial is the rising deal site of the moment. According to various published reports, LivingSocial has about 28 million members, but is on pace to become the largest of the breed by January 2012. The service also has a “Family Edition” with deals focused on kids and family-related products or services. 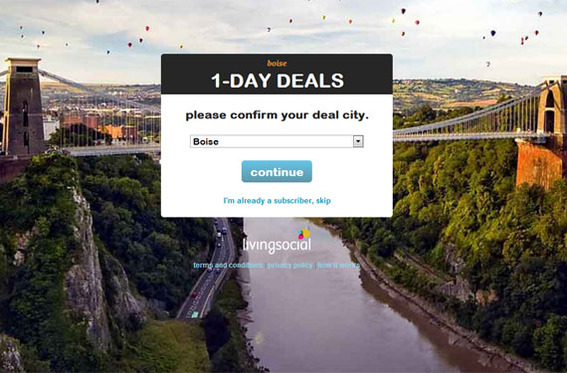 Groupon is the proverbial 800-pound gorilla of deal sites with more than 70 million members in over 560 markets worldwide. Groupon recently launched an instant deal service, too. 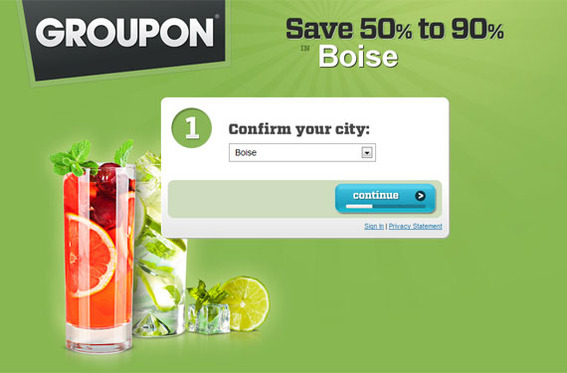 Wow is AOL’s entry into the deal site fray. So far, Wow has featured several ecommerce deals under its “National Deal” section. 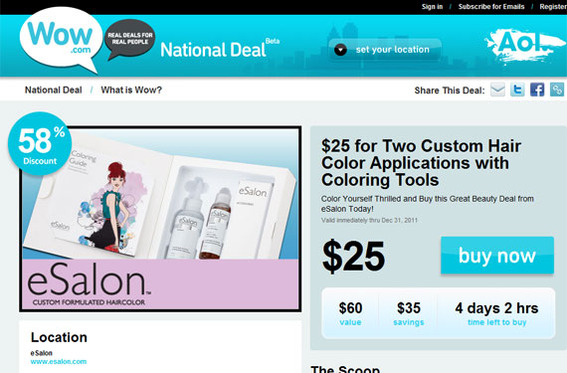 Google Offers is still location-centric, focusing — at the time of writing — on New York City, the San Francisco Bay area, and Portland, Oregon. As the service expands, expect the opportunity to post national deals. 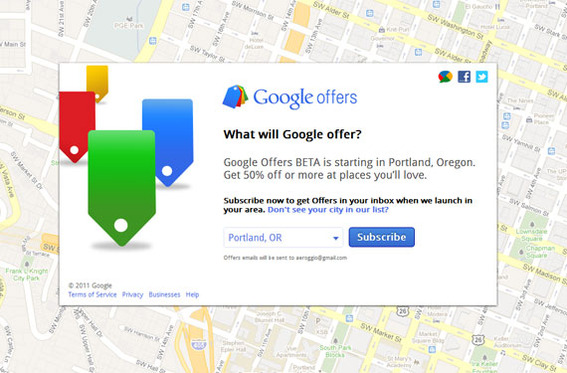 Facebook Deals, which is also very focused — at the moment — on brick-and-mortar locations, has the distinct advantage of having direct access to the world’s largest social media membership. 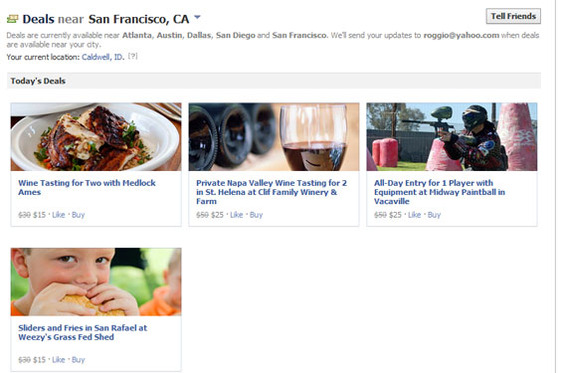 CitySmart is a popular regional deal site that has a loyal and active audience. The site could be an untapped goldmine for ecommerce offers. 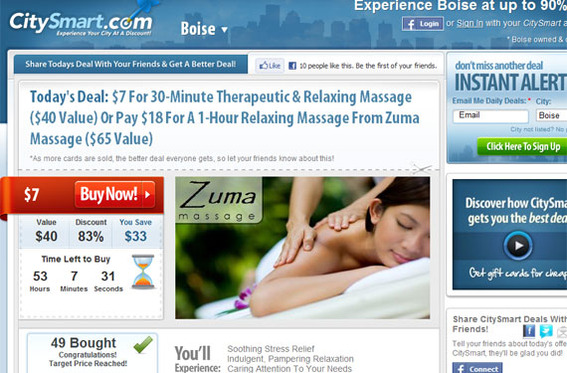 Rimbambo is another regional start up. The site combines coupons and deals, and shows visitors deals from other sites, too. Like many in the deal-of-the day space, it is tied to location. But the company is also flexible, so don’t be afraid to offer ecommerce deals. 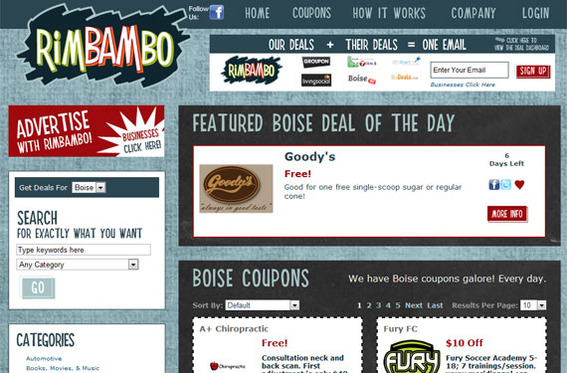 Sharing Spree makes a donation to a local charity each time a deal is purchased. So, deal seekers can also feel like they are helping out their community. Like other city-centric services, an ecommerce business may need to place offers in several markets. 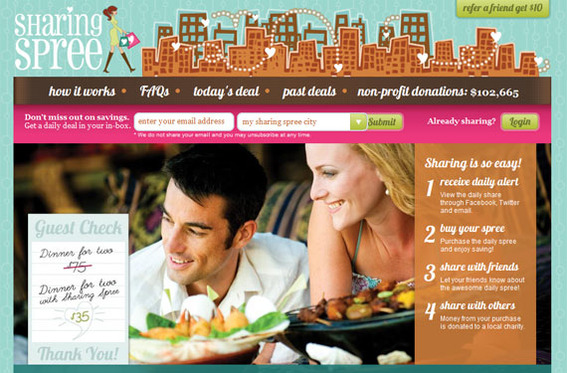 YP Deals is, perhaps, the newest major entry into the field. The service, which is owned by AT&T, is taking registrations now, but it won’t actually start offering deals until May 22. 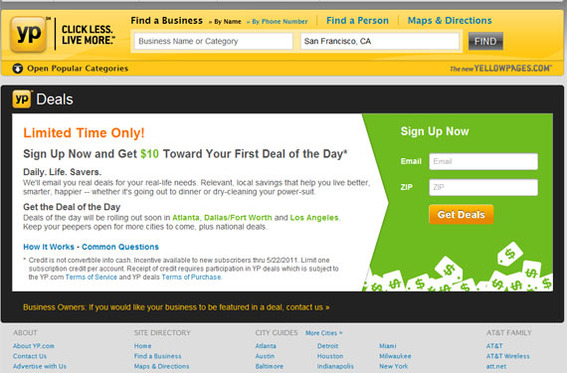