The Consumer Electronics Show (CES) has become the major technology-related trade show. The software, hardware and gadgets that debut there pave the way for new trends. And they can have a huge impact on ecommerce businesses, from the way consumers interact with merchant stores to the way merchants manage their own stores.

After years of speculation, Verizon finally announced the arrival of Apple’s iPhone on its network, ending Apple’s exclusivity with AT&T. This is big news for consumers and ecommerce merchants alike as it might significantly increase the number of consumers that use iPhones. Yahoo! News reports that Verizon may sell “5 to 13 million new iPhones” in 2011 alone. This may affect the percentage of iPhone visitors to ecommerce stores or cause ecommerce merchants to re-think designing an app for their store. iPhone 4 will be available from Verizon starting February 10. Price: for 16GB/2 year contract: $199. 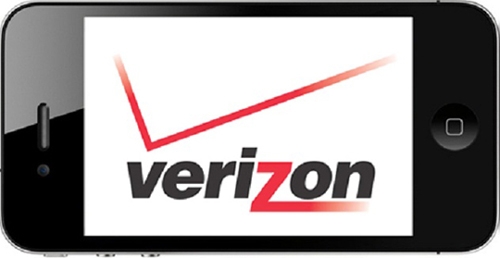 Verizon officially launched its 4G LTE network and offers several Android mobile devices that can utilize this fast Internet connection. Verizon announced at CES that its 4G LTE network will be available to “more than 140 additional U.S. markets in 2011” which translates to about 110 million American consumers that will enjoy this high-speed access. With this kind of speed, it could mean more mobile users that are actively using their mobile devices for shopping than ever before. Supported 4G LTE smartphones (all running Android operating systems): HTC ThunderBolt, LG Revolution, Droid Bionic 4G, Samsung 4G LTE smartphone. Supported 4G LTE tablets: Motorola XOOM, Samsung Galaxy Tab, Acer Iconia Tab A500. Price: For smartphones and tablets, monthly usage price to be announced.

There were dozens of different tablet devices announced at CES 2011. iPad will no longer be the only player in this field, which potentially means more compatibility concerns for ecommerce merchants. The major Android tablets include the Acer Iconia Tab A500 with Android 3.0, Dell Streak 7 running Android 2.2, T-Mobile’s G-Slate and Motorola XOOM running Android 3.0, all with 4G capabilities. BlackBerry’s PlayBook was on displayed running the BlackBerry acquired QNX operating system. The major Windows 7 tablets include the Azpen Tablet — which offers a novel dual-boot with Windows 7 or Android 2.2 — Acer Iconia Tab A500, and Samsung Sliding PC 7 with its slide-out keyboard. Price: $400-$900, model dependent. 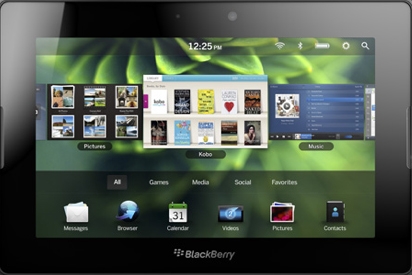 Dual-core processors thought to be reserved for desktop and laptop computers are now in smartphones. Several companies — from LG to T-Mobile — have made announcements about releasing dual-core processor phones and Motorola debuted their first dual-core smartphone at CES. The Atrix is fast and powerful, creating a mobile web experience utilizing a full desktop-style Firefox browser that will likely attract many users. It’s a great phone for business users with its ability to hook up to a laptop via its docking port and become a full-fledged netbook, putting that dual-core processor to work. Price: To be announced.

Buffalo Technology debuted its TeraStation family of network storage solution hardware. These TeraStations utilize “network attached storage” (NAS), which means you can store and share all your data in once place. It can be connected to client computers, in-house servers, computers, and printers. It has multiple, redundant hard-drives that various PCs and Macs can use as backup servers — or as an access point to vast amounts of data (up to 24 terabytes) — from anywhere in the world with an Internet connection. So, you’ll never lose any data if your computer goes down; think of it as a private, secure cloud for your business. Price: for 24TB station: $6,499.99.

Another “cloud computing” network attached storage (NAS) solution for smaller businesses that don’t need the capacity of the Buffalo TeraStation, this 1 terabyte hard-drive allows for easy backup, storage and access to a secure cloud from anywhere around the world, with up to 250 members. Price: for 1 TB station: $169.99.

Business travelers will find Toyota’s new Entune in-dash software platform quite useful. Toyota owners with an Entune-compatible car can download the Entune mobile app to their smartphones, and they can then control all the phone’s apps by using the car’s built-in touch screen or voice command software. Get traffic and weather reports, use the Bing search engine, compare fuel prices across gas stations in the entire city you are traveling in, and get stock quotes — all while driving down the highway. Price: Entune in-car platform and smartphone app, to be announced. 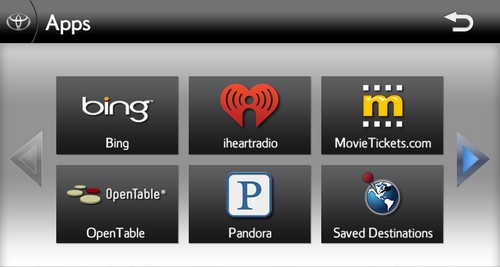 Increase strength of your office or home Wi-Fi connection with D-Link’s SmartBeam-enabled products. D-Link claims that its SmartBeam products will direct radio signals to specific users and devices, increasing signal and performance levels and reduced interference levels by targeting the actual Wi-Fi signal, rather than sending a traditional omni-directional signal like most Wi-Fi boosters currently do. SmartBeam-enabled products will include media routers and network routers, and will be available in stores later in 2011. Price: To be announced.

Intel has redesigned its Core brand of processor architecture and the result is dramatic in their second-gen processors. Intel claims that the new Core processors will deliver a performance increase of 40 to 50 percent. The new processors are built to automatically overclock themselves when multiple Cores are not in use, resulting in even higher speeds. That’s good news for commerce merchants both in terms of utilizing this new processor for running their site and in terms of how much more efficiently consumers will be able to view and interact with sites, especially stores heavy with image or video. Price: To be announced. 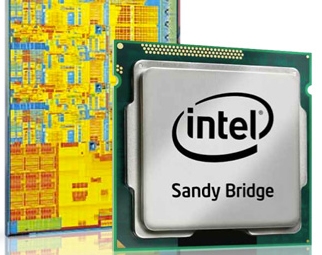 A universal charging device that has nine different mini and micro USB cables to charge just about any mobile device. It also doubles as a backup rechargeable battery that connects to your phone via micro or mini USB for an extra 4 hours of talk time – it can even charge itself while it charges your phone. Price: $99.

With all the mobile devices in use, theft prevention is becoming a bigger issue. Cobra unveiled a handy keychain-like device it calls a PhoneTag that works in conjunction with the Cobra app. Once downloaded onto any iPhone, BlackBerry or Android mobile device, users can use the PhoneTag like a two-way alarm. The software app monitors the distance between the phone and the tagged items (keys, laptop bag or a purse) and if the items become separated by too great of a distance, you are notified. The app records the GPS coordinates and time that the item was lost. The PhoneTag also works as a two-way finder: If you can’t find your phone, tap the button on the keychain device and your phone will ring; if you can’t find your laptop bag or keys, use the phone app to find those. PhoneTag will be available in stores mid-2011. Price: $39.99.

This new camera from Sony is a full HD video camera that also acts as a projector. Shoot a training video or presentation with this camera and project it onto any flat surface up to 60 inches across diagonally. Price: $999.99.