Quick Response (QR) codes continue to gain momentum in mobile commerce. As the holidays approach, a number of companies have launched QR code campaigns to boost sales, as well as promote worthy causes.

Here is a list of new QR code campaigns. In addition to promoting mobile commerce, the codes are being used to enhance the holiday experience and facilitate charitable donations.

Coca-Cola. Coca-Cola is launching its first U.S.-based QR code program, a partnership with the World Wildlife Fund, to conserve the polar bear’s arctic habitat. When consumers scan the codes on cups distributed by 7-Eleven — the convenience store chain — they will download Snowball Effect by Coca-Cola, a snowball-throwing game for iPhone and iPad. The app also leads to a site where consumers can donate to the WWF’s cause. 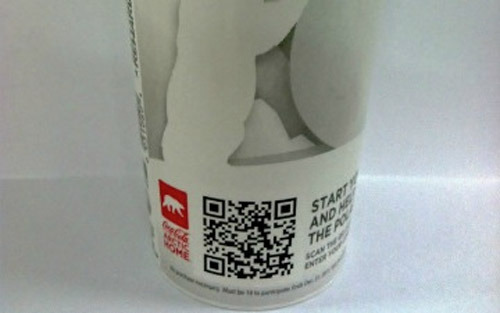 Coca-Cola Japan. The Japanese branch of The Coca-Cola Company will launch Happiness Quest mobile phone service on December 5, allowing users to customize their own Coke machine character and enjoy “friend-like communication.” Consumers can download the Happiness Quest software by scanning the QR code plates on Coca-Cola machines throughout Japan. 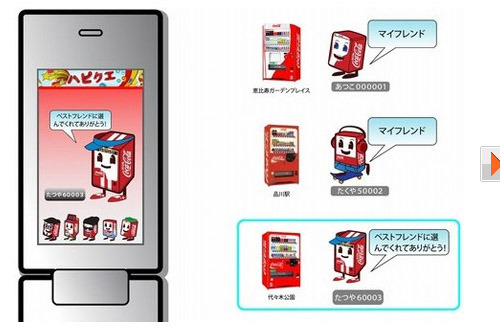 Betfair. The online gambling site has partnered with English soccer team Bromly FC, in which the players have QR codes shaved into the back of their heads for their upcoming FA Cup match against Leyton Orient. In August, Betfair paid U.K. volleyball athletes, Shauna Mullin and Zara Dampney, to put QR codes on their bikini bottoms.

J. C. Penney. Santa Tags are available at J.C. Penney on November 15. The tags contain individualized QR codes that can be scanned to record a personalized voice message. Gift recipients can scan the tags on each gift to hear the recorded message.

Starbucks. In October, Starbucks launched a QR code program designed to let consumers learn more about its coffee. Appearing in magazines, newspaper and outdoor ads, the codes direct consumers to a mobile landing page to learn more about the company’s coffee products and find the nearest Starbucks. 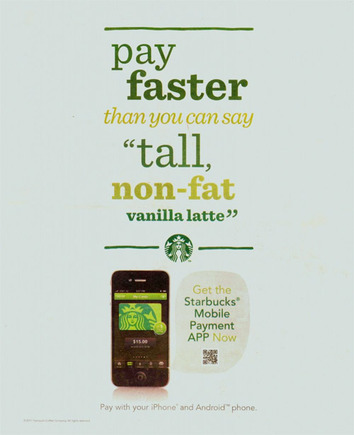 Sears Holdings. Sears Holdings companies — Kmart and Sears — are deploying “mobile shopping walls” in airports, malls and movie theaters. The walls will be stocked with pictures of merchandise. Each item will have its own QR code to purchase via mobile transaction. Items can then be shipped to the shopper.

Toys”R”Us. Toys”R”Us has begun a QR code campaign for the holidays, ahead of the shopping season. The codes are printed within a catalog called “The Great Big Toys”R”Us Book,” providing consumers with additional product information to make purchase decisions. 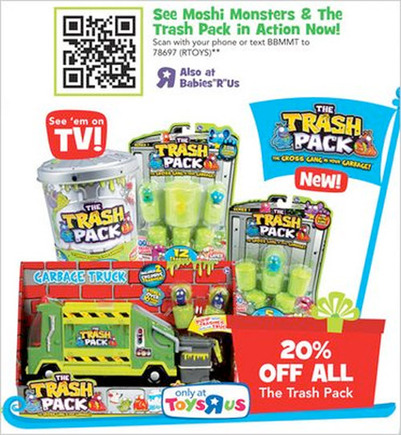 Salvation Army. The Salvation Army recently launched a QR campaign aimed at tech-savvy philanthropists. Appearing on signs, the codes lead to mobile websites with information on social justice and other current affairs. In the first six weeks of the campaign, the codes were scanned over 190,000 times.

Google. Google is now using QR codes with its mobile reading platform. The WebGL Bookcase is a new web-based program for the Chrome platform. Each book in the library has its own QR code. When scanned with a smartphone, a code leads to a mobile website where the book can be read with a smartphone.

Timberland. Starting in October, Timberland, the outdoor-gear retailer, has begun using QR codes at events to provide enhanced product information with its mobile optimized site. The events hosted by Timberland, such as the “Sundance Film Festival Style Night Out,” provide guests with a trend booklet with QR code links to style videos and content. 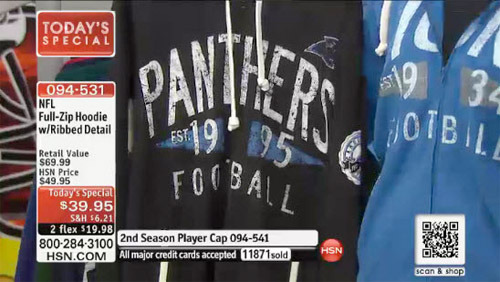 Enterprise Holdings. Enterprise Holdings, which owns car rental businesses Alamo, Enterprise, and National, is adding QR codes on the windows of all new Mazda 6 models. When scanned, the code links a smartphone to a mobile website where users they can find information on the vehicle, as well as the locations of dealers to purchase the car.