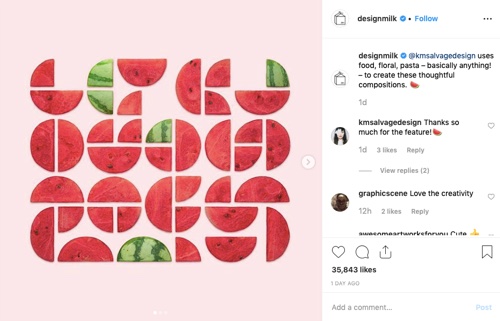 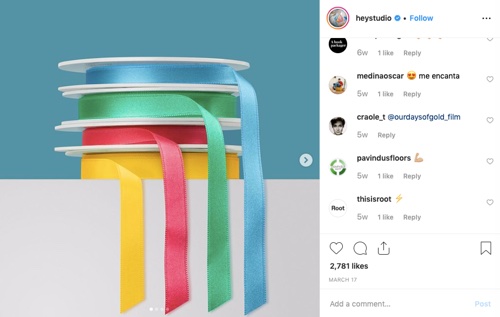 Hey Studio is a graphic design studio based in Barcelona with clients that include Apple, General Electric, and Turkish Airlines. Its Instagram images are full of bright, bold colors and geometric forms. 234,000 followers. 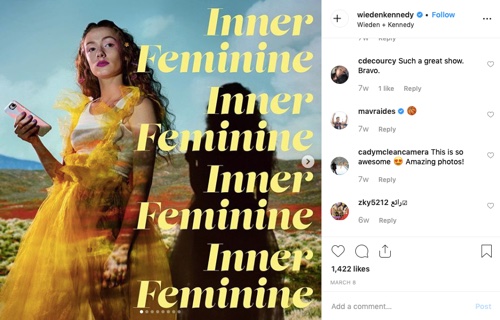 Wieden+Kennedy is Ad Age’s agency of the year for 2019. The account features inspiring images, the agency’s ad work, creative musings, and behind the scenes workings. 191,000 followers. 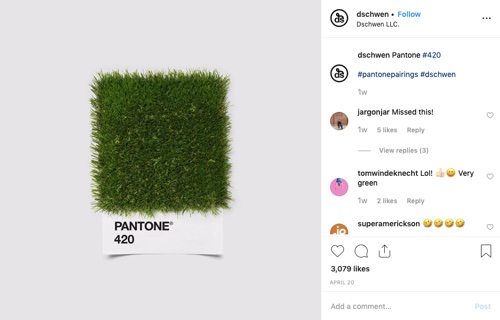 Dschwen is a design studio based in Minneapolis that partners with brands and agencies to develop compelling design around simple messages. The work is fun and inspiring. 140,000 followers. 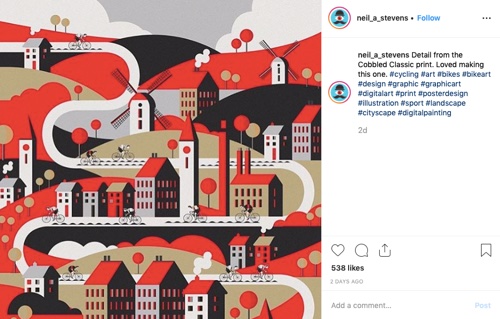 Neil Stevens is an illustrator and graphic artist whose colorful, geometric work draws on modern and popular art movements of the 20th century. 27,200 followers. 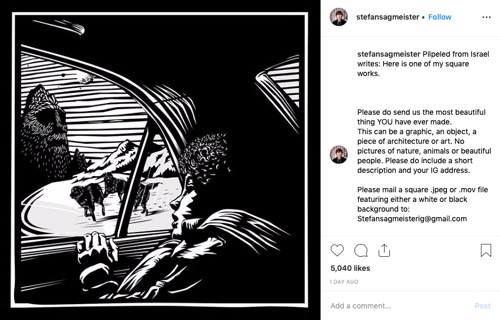 Stefan Sagmeister, of Sagmeister & Walsh, an agency, is a designer and art director from Austria who lives in New York City, with clients that include the Rolling Stones, the Talking Heads, Lou Reed, and the Guggenheim Museum. His images are of art and design. 342,000 followers. 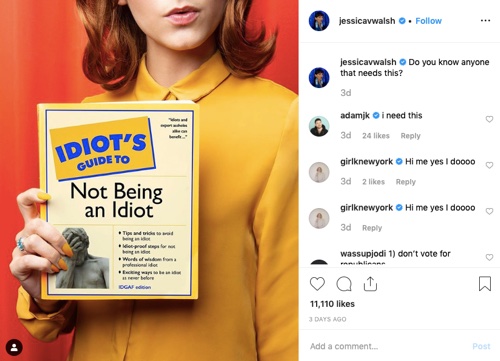 Jessica Walsh, also of Sagmeister & Walsh, is a designer and art director with clients that include Jay-Z, Barneys, The New York Times, Levi’s, and The Museum of Modern Art in New York. Her Instagram images are colorful and witty. 456,000 followers. 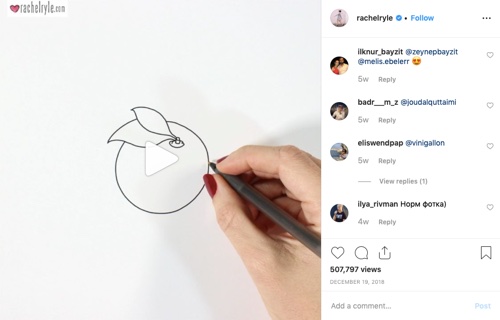 Rachel Ryle is an illustrator, animator, and storyteller. Her stop-motion animation is fun and inspiring. 1 million followers. 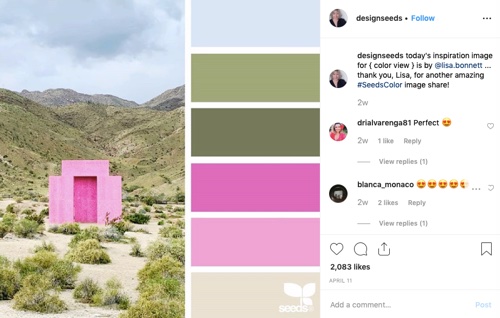 Design Seeds is from designer Jessica Colaluca. The account is a collection of color palettes inspired by images submitted via Instagram. 156,000 followers. 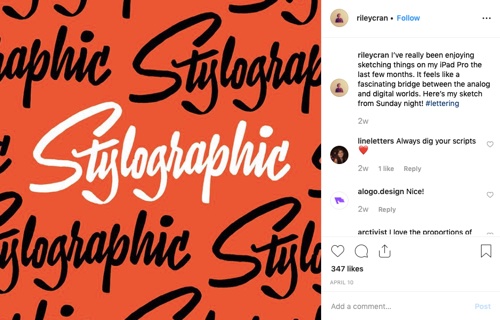 Riley Cran is a type designer and lettering artist. Creating characterful and functional work, he merges historical influences with contemporary solutions for clients such as Dropbox, IBM, and Starbucks. His Instagram feed contains modern and iconic lettering styles. 29,400 followers. 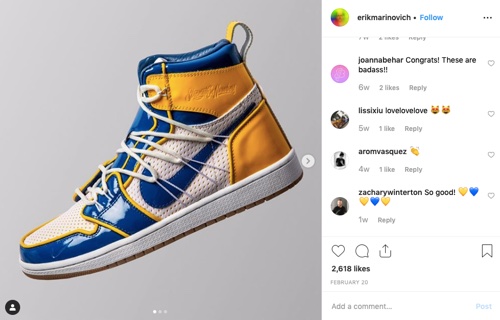 Erik Marinovich is a San Francisco based lettering artist and designer. He is a co-founder of Friends of Type, a “sketch blog.” He has drawn letters, logos, and type for Nike, Google, Sharpie, The Criterion Collection, and Ford Motor Company. 81,200 followers. 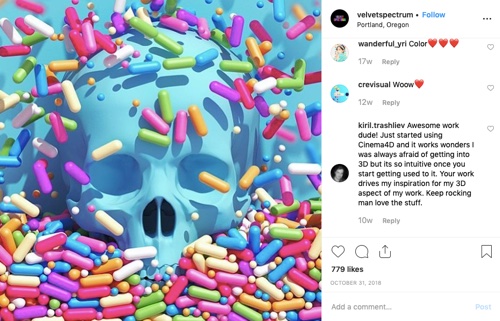 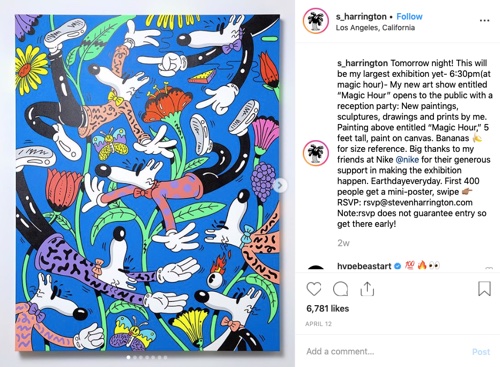 Steve Harrington is a Los Angeles–based artist and designer who is known for a bright, iconic style. He is a leader of a contemporary Californian psychedelic-pop aesthetic. 185,000 followers. 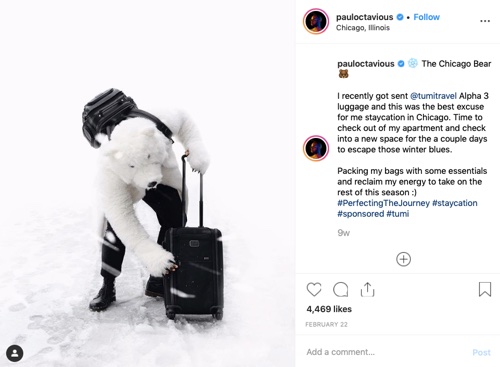 Paul Octavious is a photographer and videographer based in Chicago. His work is colorful and full of life. 565,000 followers. 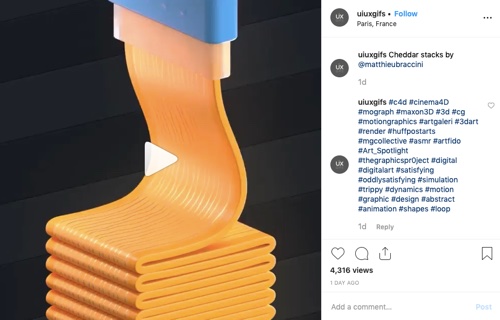 UXUIgifs is an Instagram account dedicated to inspiring design for animated GIFs. The GIFs mainly relate to user-experience and user-interface design, though some are just cool animations. 65,900 followers. 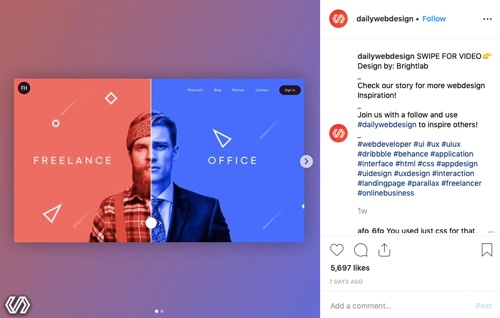 Dailywebdesign features daily inspirational examples. The feed focuses on UI and UX, as well as beautiful and provocative designs. The account is by three young designers from Rotterdam. 177,000 followers. 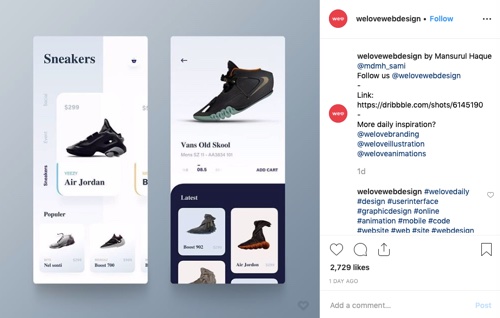 Welovewebdesign, from the owners of Dailywebdesign, is another popular design inspiration feed. It features UI, UX, and web design examples.  469,000 followers.