If you’re interested in creating content to promote your product or service, think about making a cartoon. Producing animation has several advantages over live video. You won’t need a physical set, a camera, or a crew. And there’s a variety of free and inexpensive animation tools that will help even beginners to create polished animations in a short timeframe.

As an example, here’s an episode of a SpaceHospital, an animated web series that I co-created. The episode was produced in just a few days, building three-dimensional sets, animating two-dimensional characters, and then adding effects. No money was spent on production, allowing us to focus resources on our marketing efforts.

Here is a list of tools to create animated content. There are online and downloadable applications for animated presentations and ads, 2D vector-based and character animations, 3D studios for modeling and rendering, and more.

Animaker is an animation platform with a variety of video styles and templates. Create 2D and layered animation, animated infographics, animated typography, and animated whiteboards. Choose a template, use props and backgrounds, upload your own images, and add effects and audio. Create video for YouTube, Facebook, and ads. Price: Free for videos up to 2 minutes. Paid plans start at $12 per month. 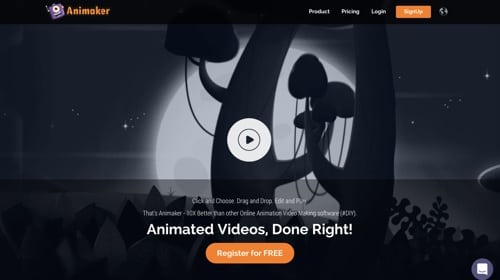 Powtoon is a user-friendly and intuitive animation tool to create engaging videos. Use a storyboard builder, ready-made templates, and intuitive drag-and-drop features to create a high-quality Powtoon in no time. Price: Free plan with branding. Premium plans start at $19 per month.

Moovly. Make your own explainer video, advertising video, or conference presentation in less than 15 minutes. Choose a template or create your project from over 175 million video clips, animated objects, and sound files. Simply drag and drop elements into your template and add animation. Price: Plans start at $24.92 per month.

Vyond. Founded as GoAnimate in 2007, Vyond lets you create videos easily with a library of templates, sounds, props, and more. Grab a template and swap individual assets. Bring in your own images or music. Use your voice or a professional voice-over. Vyond features automatic character lip-syncing, advanced character and object animation, and video branding features. Price: Plans start at $39 per month. 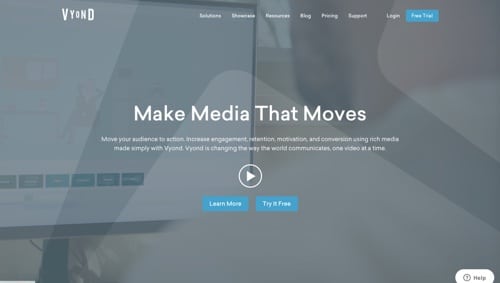 Explee is an online tool to create animated whiteboard presentations. Access 6,000 images, animate any picture or add your own, apply a wide range of effects to boost your animated video, and apply animated transitions. Use the timeline to manage your animated elements. Edit audio and add sound effects, and even use the text-to-speech system to add narration. Price: Plans start at $7 per month.

VideoScribe is a user-friendly tool for creating hand-drawn, animated videos. Pictures and text are drawn out in sequence on a virtual whiteboard for a uniquely engaging visual effect. Add music from the library or import your own. Price: Plans start at $29 per month. 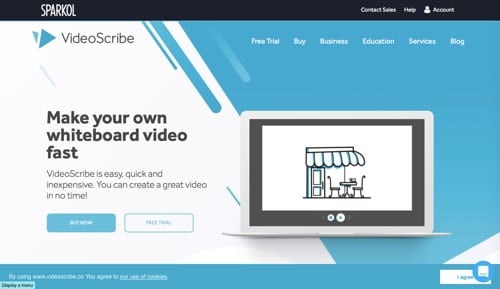 Synfig Studio is free and open-source 2D animation software for creating film-quality animation using a vector and bitmap artwork. It eliminates the need to create animation frame by frame, allowing you to produce 2D animation of a higher quality with fewer people and resources. Available for Windows, Linux, and macOS X. Price: Free.

SketchUp is a tool for 3D modeling. Create objects, or start with elements from SketchUp’s huge library of free models. Price: Basic is free. Pro is $695.

Moho is a 2D animation studio with a rigging system to make the process easy. Add a skeleton to any image by pointing and clicking to create bones that overlay. Moho features advanced timelines and motion controls, drawing tools, audio tools, and automatic lip-syncing. Moho has many tools to get started, such as a character wizard, a follow path tool to direct characters and objects on pre-drawn paths, and a beginner’s mode with rollover tips and built-in tutorials. Price: $69.99. Professional version is $399.99. 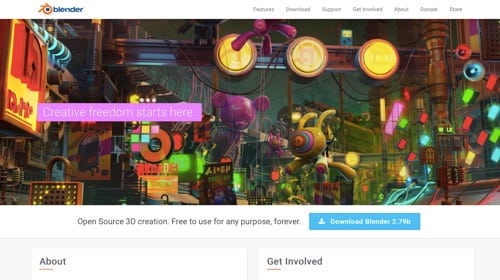 Adobe Character Animator quickly animates 2D characters in real-time. Build your character from scratch in Illustrator or Photoshop, or start with one of the puppets already available. Using your webcam, track your own facial expressions and record in real-time. Movements can be saved as buttons, sliders, or knobs so they’re easier to remember than key commands. Smooth transitions between facial poses for a hand-animated look. Price: $20.99 per month. $52.99 per month as part of Adobe Creative Cloud.

Adobe After Effects creates motion graphics and visual effects. Set anything in motion using keyframes — including logos, shapes, and cartoons. After Effects has hundreds of effects to get just the look you want, from adding fog to changing colors to making it snow. Price: $20.99 per month. $52.99 per month as part of Adobe Creative Cloud. 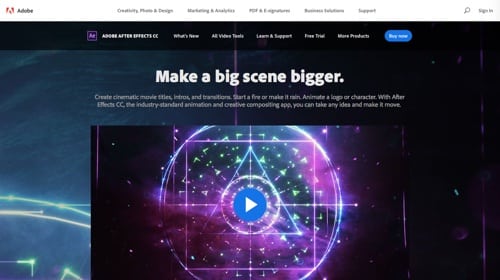