To attract and engage customers in February 2020, develop content that praises your products, helps shoppers along the buying journey, or connects sporting events, movies, or history with your business.

“For some, it’s the promise of goodwill to all men and peace on Earth. For others, it’s the Mr. Norman Rockwell idea of that snowy family vignette accompanied by Mr. Bing Crosby and cozy knitwear. For other, far more superficial types like yours truly, Christmas is all about the anticipation of festive dressing and, in particular, the slipping on of a lustrous pair of velvet slippers,” wrote Stephen Doig in a late December post for “The Daily” section of Mr. Porter’s “The Journal.”

Doig’s post, “In Praise of the Velvet Slipper,” focuses on a product that the online retailer carries. The pair of Gucci Grosgrain-Trimmed Embroidered Velvet Loafers below were priced at $750 on the Mr. Porter site in late December 2019. 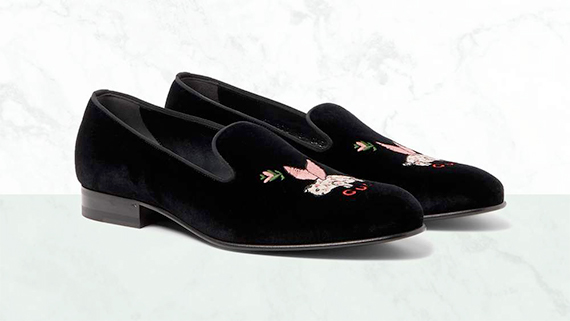 Doig wrote, “You can take your cult sneaker collabs and Supreme drops; my own wardrobe catnip comes in the form of evening slippers. The last audit confirmed 27 pairs. These range from the admittedly ostentatious and bejeweled, to the discreet and — dare I say it — surprisingly ‘every day,’ in the form of the traditional Venetian ones sold in just about every atmospheric alleyway in the city.” 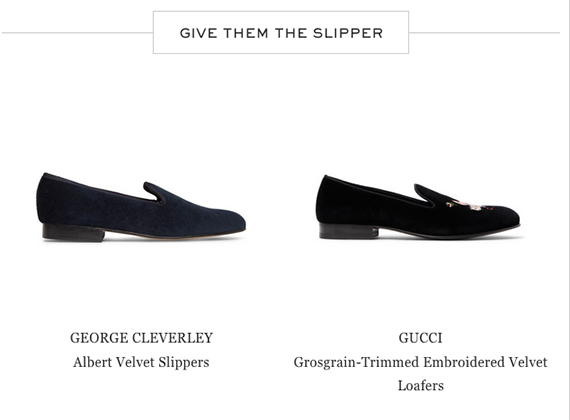 The Mr. Porter site provides compelling content, but it also links that content to its products, such as these velvet slippers.

Borrow the idea of praising your products from Mr. Porter and develop relevant articles or videos. Here are a few title ideas.

Selling cars can be a lot like ecommerce. According to a “Think with Google” post, 95 percent of vehicle buyers use digital sources such as marketplaces and dealer websites to research vehicles before they buy. On these sites, cars and trucks are displayed like products on a retail site.

In the automotive industry, there are at least five “consumer moments” or steps in the vehicle research process. According to the “Dealer Guidebook” on the Google post, those moments include: 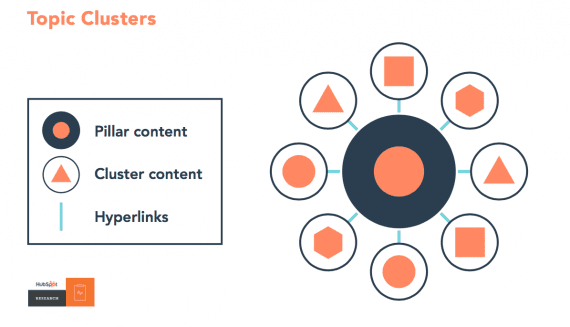 Topic clusters can be an effective way of organizing content to address steps in a buyer’s purchase process.

On February 9, 2020, the Academy of Motion Picture Arts and Sciences will present the 92nd Academy Awards at the Dolby Theater in Los Angeles. The event will celebrate the best American movies from 2019.

For your company’s February 2020 content marketing, consider going further back in time. Write a retrospective of some of the best movies of 2000. Look for a 20-year-old gem that relates in some way to the industry your business serves.

For example, if you had an online record shop such as Vinyl Me, Please or Reverb LP, you could write an article about “Almost Famous,” the 2000 Cameron Crowe film about a high school student who gets the chance to write for Rolling Stone magazine. 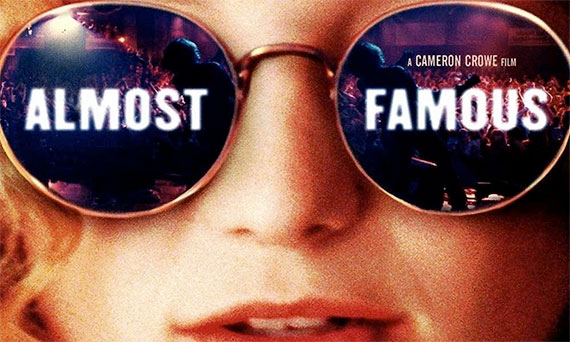 “Almost Famous” was a top movie 20 years ago. It could be a source for a film retrospective during the month of the 2020 Academy Awards.

Similarly, if you had an online knife shop such as Blade City, Cold Steel, or Medieval Collectibles, you could write a retrospective article about Ridley Scott’s “Gladiator” starring Russel Crowe or Ang Lee’s “Crouching Tiger, Hidden Dragon” with Yun-Fat Chow and Michelle Yeoh.

Many ecommerce businesses have a connection to sports. McU Sports, Eastbay, and Scheels, for example, could create articles or videos related to any of the several important U.S. sporting events taking place in February 2020, including:

Even ecommerce businesses that don’t directly sell sports-related products could find a connection. For example, an online wine purveyor such as Winc or Wine.com could profile Charles Woodson Wines. He is a retired professional football player who started for both the Oakland Raiders and the Green Bay Packers. His tenure includes Super Bowl appearances in 2002 and 2010. The latter with Green Bay was a 31-25 victory over the Pittsburgh Steelers.

Charles Woodson’s wine company is an example of how an online business can connect its products to sporting events.

The SS Dorchester sank on February 3, 1943, in the North Atlantic. The vessel had been a civilian ocean liner, but it was pressed into service during the war, serving as a troop transport.

A few years ago, Command Sergeant Major James H. Clifford, USA-Ret., wrote an excellent account of the Dorchester’s most famous casualties. Here are a few paragraphs from that article to set the tone.

In the early morning hours of 3 February 1943, First Sergeant Michael Warish nearly gave up hope as he floated helplessly in the freezing waters of the North Atlantic. Just minutes earlier, he and the almost 900 others aboard the USAT Dorchester were near safe waters when a German torpedo slammed into the engine room. Soon, the Dorchester began to slip under the waves.

Warish accepted his fate, fully aware that life expectancy in these cold waters was about twenty minutes. Surrounded by hundreds of his equally doomed shipmates, the blinking red lights of their life preservers reminded him of Christmas lights. Other than a burning sensation in his throat from swallowing oil-fouled saltwater and some minor pain from wounds suffered when the torpedo hit, he mostly felt numb.

Resigned to losing consciousness and freezing to death shortly thereafter, his thoughts turned to the courageous and selfless acts of the four Army chaplains he witnessed just before abandoning ship. These four chaplains, according to Warish and other eyewitnesses, remained calm during the panic following the attack, first distributing life preservers and assisting others to abandon ship, then giving up their own life preservers and coming together in prayer as the ship disappeared beneath the surface.

The four chaplains were new to the service. George L. Fox was a Methodist minister. Alexander D. Goode was a Reformed Rabbi. John P. Washington was a Catholic priest, and Clark V. Poling was from the Reformed Church in America.

The chaplains had met at the Army Chaplains School at Harvard University and were on their way to serve in Europe during the war. Leaving from New York on January 23, the Dorchester was to carry the chaplains and 900 others to Greenland. But just a few days into the journey, a torpedo from the German submarine U-223 forced an evacuation.

The chaplains began passing out life jackets, but, sadly, the Dorchester was ill-equipped. There were not enough for all of the troops. So when supplies ran out, the chaplains gave up their life jackets and headed to the ship’s bow to pray for the safety of the men in the frigid water.

According to some of the 230 survivors, the chaplains could be heard praying and singing in three languages — English, Hebrew, and Latin — until the waters consumed them.

The story of the four chaplains is worth retelling. For your February 2020 content marketing, consider connecting their sacrifice to your store’s customers.