Content marketing is a powerful tool to attract and engage potential customers. The right content is helpful, informative, and entertaining.

Here are five content marketing ideas to try in May 2022.

William Slim, a British military commander in the last century, famously said, “When you cannot make up your mind which of two evenly balanced courses of action you should take — choose the bolder.”

In May, borrow some inspiration from Slim and go after your company’s closest competitor. Identify the competitor’s top-producing content in terms of site traffic, and then produce something better.

For example, if it sold camping supplies, your retail company might compete head-to-head with REI. Using a tool such as Ahrefs or Semrush, you learn that REI’s “Camping Checklist” drives about 36,000 visits a month. The article is part of an introduction to a camping content series.

Go after it. Produce a topic cluster that provides 10 times the value of REI’s. Make it the best introduction-to-camping resource on the internet. 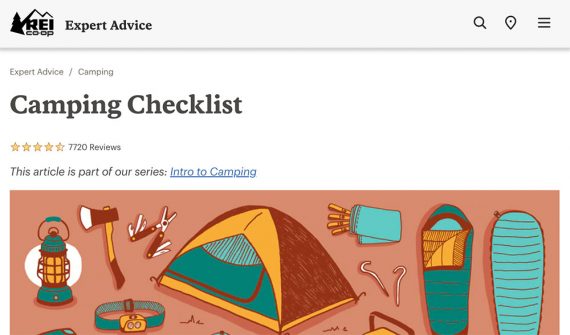 If you compete with REI, why not try to produce better content?

The state of any topic or industry is a staple of B2B content marketing and can generate engagement for just about any company.

Consulting firms may have originated this genre and still use these reports to position the business as an authority. An example is McKinsey & Company’s “State of Fashion 2022: an uneven recovery and new frontiers.” 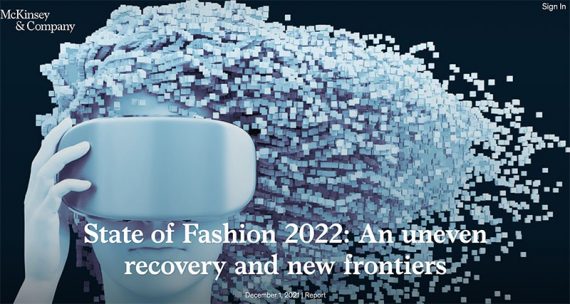 Create a “state of” report, such as this example from McKinsey, that journalists and bloggers will want to quote and reference.

The formula for “state of” reports goes like this:

Although ecommerce companies can sell products to anyone anywhere, it is often best to focus on niches or locales.

For example, it is less expensive to provide fast shipping to nearby customers than second-day shipping to those far away.

With this in mind, online companies may want to target prospects near shipping facilities. Businesses could produce articles, videos, or podcast episodes that feature local events, organizations, and relevant topics. 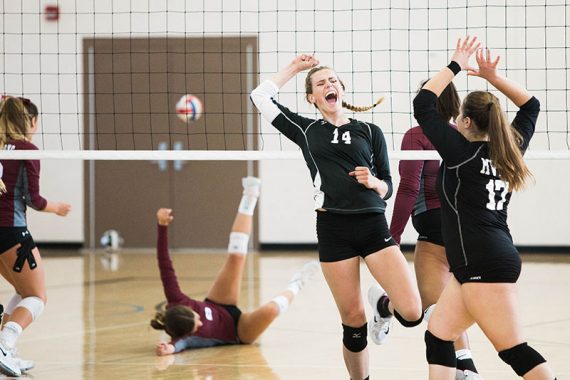 The items a business sells can spur compelling stories about innovations, achievements, and human perseverance.

Try profiling your products in May 2022. Discuss the intersection of products and people. Create articles, videos, or podcasts that tell their exceptional stories.

Here are three examples from the shoe business.

First, there is Mr. Porter’s “Behind Every Iconic Sneaker Is An Even Better Story,” which states, “The sneaker market thrives on performance and storytelling. The former ages about as well as milk. But given time, the latter is more like fine wine. As the years go by, a shoe’s story often gets richer and fuller, adding to its prestige and increasing its value both in a literal and a cultural sense.” This excerpt hints at how “sneakerheads” are attracted to a particular shoe’s history.

Next, read this article in the Orlando Sentinel about Hush Puppies becoming a cultural icon. Malcolm Gladwell, the author of “The Tipping Point,” a bestselling book, discusses the shoe’s rise in popularity.

“The brand had been all but dead until that point. Sales were down to 30,000 pairs a year, mostly to backwoods outlets and small-town family stores. Wolverine, the company that makes Hush Puppies, thought of phasing out the shoes that made it famous. But then something strange happened,” Gladwell wrote.

The article goes on to propose that fads and fashions move like epidemics.

Third, look at the history of Tony Lama boots. Unbeknownst to most consumers, Tony Lama was an Italian immigrant.

In each of these articles, the product (shoes or boots) offers a way to tell a meaningful story.

Tony Lama, who helped popularize the cowboy boot, was from Italy. He moved to the United States as a young boy.

May 24, 2022, is National Brother’s Day. Similar to Mother’s Day (May 8) or Father’s Day (June 19), the occasion honors one of the most important human relationships.

National Brother’s Day may be an opportunity to profile brothers who impacted the industry your business serves. 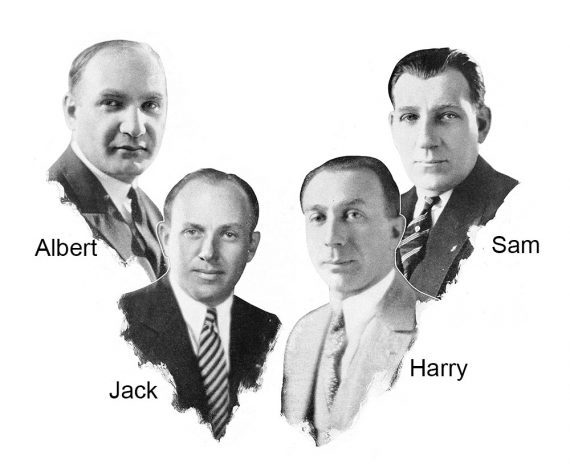 Consider recognizing the brothers who contributed to the industry your business serves in honor of National Brother’s Day.

The four men created what is now Warner Bros. Entertainment and were pioneers in early filmmaking. The article might tell about the brothers, how their family immigrated to the United States from Poland, and how they started making films. It might also discuss some of the studio’s best early films.

For your company’s content marketing, identify brothers who contributed to your industry.