Consistent with its trendsetting social media efforts, GE has been quick to experiment with live streaming video. In late March, GE Creator in Residence and YouTube personality Sally Le Page held a behind-the-scenes interview with astrophysicist Neil deGrasse Tyson and scientist Bill Nye. Then in July, GE launched #DRONEWEEK on Periscope, broadcasting live video film by a GE-engineered drone flying from coast to coast. The brand interacted with fans on Twitter, using @GeneralElectric and @GEDronePilot accounts. 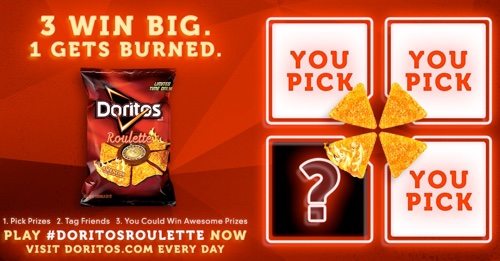 This summer Doritos brought to the U.S. its limited-edition “roulette” bags, in which one in every six is super-spicy. As part of the #DoritosRoulette digital campaign, Doritos hosted live giveaways on Periscope. Viewers were randomly chosen as contestants, and a host then spun a roulette wheel to determine prizes. The campaigned used multiple social media platforms, including a team game on Twitter, winner announcements on Vine, and promotional video on YouTube. 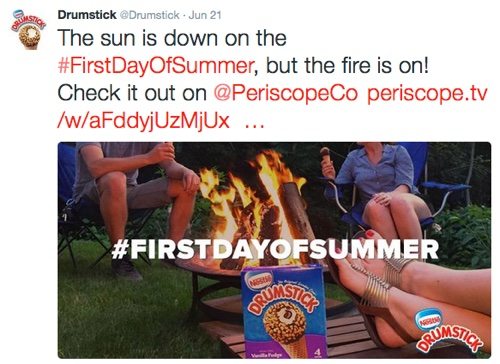 In June, Nestlé ran the first Periscope-specific ad campaign to promote its Drumstick brand around the summer solstice. Nestlé hired Periscope personalities to broadcast summertime scenes, like backyards and amusement parks. Drumstick opened its own Periscope account, live streaming around 20 summer scenarios. Promoted tweets were used, and the brand hired 100 influencers to tweet about the ice cream. Each stream included the hashtag #ad in the title of the video to indicate that it’s sponsored. 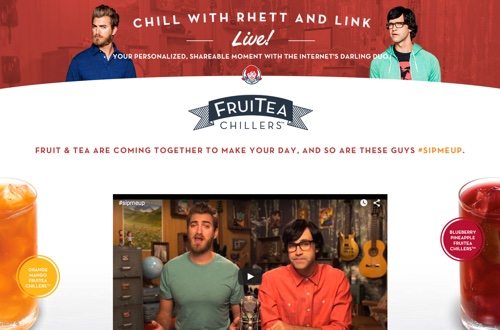 To promote summertime drinks on its menu, Wendy’s enlisted YouTube comedy duo Rhett and Link to chat with friends in real-time. When followers visited the website, they were asked questions about their favorite colors, music, and food. Fans then joined a chat queue as Rhett and Link churned out improvised songs and skits based on people’s answers. Each skit was 30 to 60 seconds long and recorded on YouTube.

In June, 7Up connected with music fans by sponsoring the Electric Daisy Carnival music festival on Yahoo Live. The event was live streamed to Yahoo Screen on desktop and the Yahoo Screen app. Fans created personalized schedules and received real-time notifications when their favorite disc jockey took the stage. 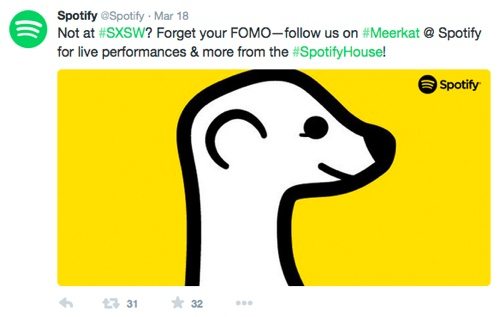 Music-streaming service Spotify was one of the first brands to experiment with live streaming on Periscope. Spotify used Periscope to broadcast an impromptu performance with Connor O’Brien of the band Villagers. The performance had several hundred live viewers, 1,500 hearts on the stream, and around 200 more on the replay. 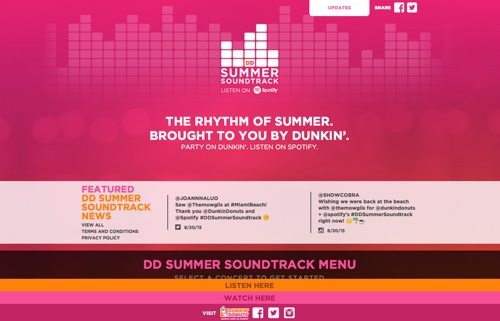 To promote its iced coffee products with millennials, Dunkin’ Donuts this summer sponsored a five-concert series called DD Summer Soundtrack. In marketing the event to a younger audience, Dunkin’ Donuts took a broad approach with the digital campaign, using eight media platforms: Spotify, Snapchat, Instagram, YouTube, Twitter, Vine, Facebook, and Periscope. Concert content is available on the event website through the end of September and includes videos, custom playlists for each artist, and behind-the-scenes content. 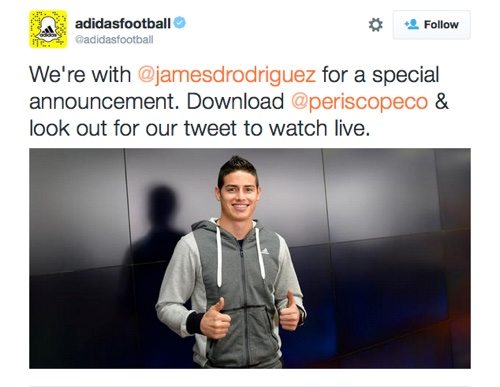