A Random (8-year) Walk in Ecommerce

For eight years I’ve held executive positions with third-party ecommerce fulfillment companies — functioning as intermediaries between merchants and customers. It’s a unique perspective, as I’m able to see what works and what doesn’t for merchants and consumers.

My duties have focused on managing tight finances and systemizing “lean” processes, while trying to achieve the lowest error rate possible. As my responsibilities have broadened, my purview now includes sales, marketing, and learning how and why ecommerce companies fail.

I recently attended and spoke at two (Rakuten Expo and I.R.C.E.) of the three conferences that I’ve scheduled to participate in this summer. In this article, I’ll share broad themes that I’ve observed thus far.

Observations from Rakuten Expo and I.R.C.E.

Emerging, non-U.S. markets were a prevalent theme at both Rakuten Expo and I.R.C.E., with a clear understanding that the growth rate in the U.S., although still very healthy, is slowing and the adoption of ecommerce in countries like Mexico, Brazil, China, and India is accelerating. The conflict between “borderless” trade — which ecommerce drives — is challenging traditional regulations, as businesses try to manage duties, taxes, cross-border rules, logistics, and getting paid.

One very successful ecommerce company in Brazil shared that its top obstacle is being able to deliver the product to the consumers in Brazil. The company is addressing the problem by building its own delivery network. A Mexican company’s primary focus is how to receive payment in a country with consumer low credit card use. One key factor that every U.S. ecommerce business should consider is how the GDP per capita varies by country and how much lower it is in most other countries. 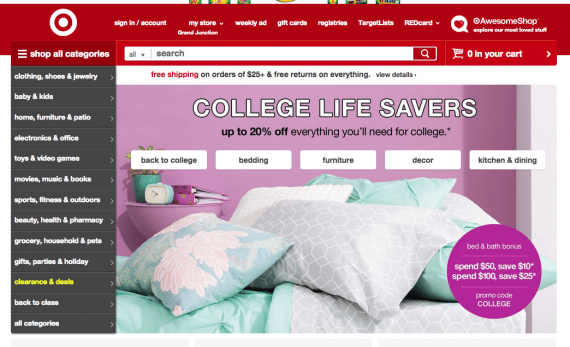 Crucial Vacuum’s Chad Rubin’s speech at I.R.C.E. gave another perspective on omnichannel. He espoused on how to benefit from the relationship with Amazon while clearly understanding the value of using a multi-channel platform. I was shocked at what I was hearing. Here was a guy that was saying what I’ve always believed in: Many companies fail as quickly as they thrived because they only sold through Amazon.

As great as Amazon can be and should likely play a role in your business strategy, it can also be your downfall if that is the only way you sell. Rubin created quite a reaction in the audience, as many of the attendees didn’t follow what he was saying, as he had to answer multiple times similar questions that basically asked the same question, “How do you sell in multiple channels” at the same time?

He did a wonderful job of explaining: selling diversification, leveraging improved margins through multi-platforms and building a broader, more stable business. This theme will remain dominant in the marketplace as increased competition in the U.S. will force companies to understand how to sell beyond one platform and reduce their business risk by encompassing a broader market.

Evolution of Ecommerce by the Numbers