“Ask an Expert“ is an occasional feature where we ask ecommerce experts questions from online merchants. For this installment, we address a question about social media marketing. It comes from Theresa Fox, managing director of direct and digital initiatives at Sounds True, an online store that sells products and services to enable spiritual development.

For the answer, we turn to Lawrence Cramer, CEO of Application Dynamics, founder of Cartweaver, and a specialist in ecommerce and social media strategies.

If you’d like to submit a question, email Kate Monteith, staff writer, at kate@practicalecommerce.com and we’ll attempt to address it. 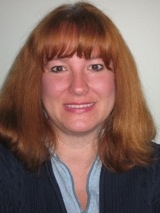 Theresa Fox: “Push marketing has become less and less effective as customers increasingly need to feel engaged in a dialogue. The power of the recommendation of friends and family eclipses any clever marketing message. Yet most attempts to market within social networking platforms are transparent at best and blog marketing can even cross into an outright lack of integrity. Seems like everyone is talking about it but few are actually able to turn it into measurable successes.

“Do you have any examples of ecommerce companies that are effectively marketing within the social networking phenomenon? Is anyone going beyond Fan Pages and ‘Add this to Facebook, Digg, Delicious…’ functionality to tactics that make a meaningful impact on sales?” 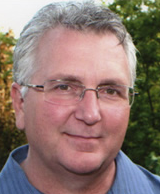 Lawrence Cramer: “It’s true, there’s a lot of abuse and garbage in the blogosphere and there are those that use social media dishonestly. But this does not change the fact that social media is having an effect on the way we communicate on a global scale. So, as etailers, we cannot afford to over look it.

“The important thing is to get your head around it, and to open yourself to being honest with it. Social media, when used wisely, strips away layers that have been added over the years that moved our customers farther away, and has brought them back into contact with us. It has, in a sense, brought back the corner five and dime or the local beauty shop, where the success of your business was as much dependent on your relationship and interaction with your customers as it was with the products you carried.

“So, what to do? Don’t waste your time creating a ‘social media strategy.’ Instead, get started, participate, and share. Find others with like interests that just happen to also be interested in what your business is about, and begin to grow your community. Be patient, this grows organically and the more you try to force it the more it will resist growing. But most of all, be honest, be genuine, and share meaningful, valuable content and information. Social media is cheap from a monetary standpoint, but it requires sweat equity. You have to put in the time to participate on a consistent, active level, but the rewards of building a loyal community around you and your business are priceless, so get started.

“As for specific examples of social media success, I turn initially to the wine industry, which I am very familiar with.

“This small Washington State winery used to be called Balsam Root and, while making good wine, it made few sales. After two years in business, the owner rebranded the business by changing the name to ‘Hard Row to Hoe.’ Then, the owner really dove into social media to communicate his story. Since then sales have more than tripled, the company has doubled its wine production, and it is still experiencing tremendous growth.

“A third example could be my own company, Cartweaver. While my entry into the more ‘public’ social media is new, I’ve been involved in the Adobe user forums for a long time and it is through this social network that I’ve built my business, from developing a shopping cart plug-in for Adobe Dreamweaver into being one of the top two shopping cart applications for Dreamweaver users worldwide, with sales in eleven countries. All without spending anything on traditional advertising, built strictly through social media.”