While it is true mobile devices are generating more web traffic, merchants should be aware of the demographics of mobile users and the products they are buying.

Surveys taken in early 2010 have similar results in the age breakdown of mobile users. One survey by Retrevo, a shopping comparison site for electronics, provides a useful cross-section of the mobile market.

In addition to the usual price-by-price shopping comparison tool, Retrevo has other useful features. It implemented an SMS price comparison tool called RetrevoQ in November 2009. This allows users to text Retrevo for product information while they are in the store and considering a purchase. 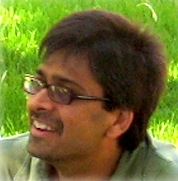 We spoke with Retrevo’s co-founder and vice president of marketing, Manish Rathi, who said the company implemented the mobile option because of an increase in searches for mobile devices. “Since we started seeing traction, clearly there’s an interest in users,” Rathi said. “It’s getting increasingly harder to make a purchase in the store without fact checking.”

For about nine months, Retrevo has been publishing the results of surveys it conducts on a variety of topics. The results of the latest Retrevo pulse report survey show an interesting cross section of the mobile marketplace.

Over 50 Percent Use Phone to Research Products

According to the survey, which Rathi said was taken from a sample of the U.S. population, 55 percent of respondents between 18 and 24 years old have used a mobile phone to do research products or compare prices. Fifty-two percent of people 25 to 34 years also said they use their phones for research.

“The number of surprise was that 17 percent actually had made a purchase on the phone,” Rathi said.

These numbers are remarkably similar to other surveys taken early this year. A survey commissioned in early January by Sterling Commerce also sampled from the U.S population, finding that 17 percent of respondents between the ages of 18 and 34 said they had used a mobile device to order an item.

“It’s really a function of age,” Rathi said. “Younger people have grown up with phones. This is a good thing because it shows mobile commerce is here to stay.”

Price of Product Not an Issue

Rathi also said it seems mobile users are not afraid of any particular price point in mobile ordering, and that they are likely to buy wherever they can get the best price. He described data not included in the pulse report where Retrevo asked users how much they would be willing to spend on a mobile phone. It found that 47 percent of respondents said they would be willing to spend more than $100.

“We found price is not an issue,” Rathi said. “If you are willing to buy on mobile phone, you’ll buy whatever you buy on an ecommerce site.”

So, should merchants react to this influx of unafraid mobile shoppers by building a mobile site, an app, or both? Rathi said it depends on the amount of the purchase, brand affinity and the frequency people will by your products.

“We find users with strong brand affinity will remember to download an app,” Rathi said. “In some ways, an app may build stronger brand affinity. It’s really question of how frequently people use your app.”

He added that merchants who sell large-ticket items with less frequency or items without a strong brand affinity attached to them would be better opting for optimization.

“For smaller businesses, [customers] will shop on mobile devices, but it would be better to build a mobile-optimized site,” Rathi said.