Here is a list of recent ecommerce-related product releases and updates for mid-July, from companies that offer services to online merchants. There are updates regarding Amazon Prime Day, ecommerce in China and Africa, shopping with virtual reality, ecommerce in Africa, automated customer service, and shipping.

Olark launches Hummingbird for mobile live chat. Live-chat solution Olark has launched a mobile-friendly version called Hummingbird. Once you activate Hummingbird, your customers will get a familiar mobile chat experience, with the immediacy of Olark on desktop. All Olark users have Hummingbird in their account. To activate it, simply go to your dashboard and switch it on. 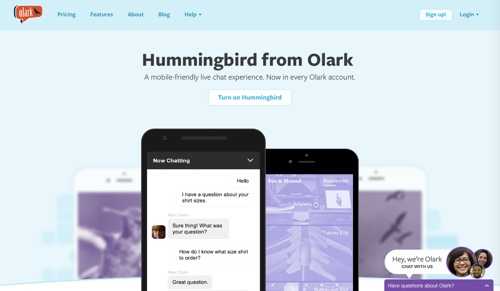 Alibaba will add virtual reality to its online stores. The Chinese ecommerce company plans to open a demonstration shop by the end of this month. At the press briefing, an Alibaba representative demonstrated how a shopper could take a tour of a three-dimensional digital store. Customers will soon be able to buy products from stores all over the world. The company plans to launch a large-scale rollout by the end of the year.

Nordstrom buys stake in drop-shipping company Dsco. Nordstrom has acquired a minority stake in drop-shipping solution Dsco (formerly DropShip Commerce). The move is part of Nordstrom’s efforts to compete with ecommerce companies and keep costs down. Drop shipping allows retailers to expand their offerings without risk, as suppliers bear more of the inventory.

HookLogic Exchange launches in Canada. HookLogic, a pioneer of performance marketing for brands, has launched a new office in Toronto, Canada. Among the retailers partnering with HookLogic in Canada are Walmart, Sears, and Costco. Canada’s burgeoning ecommerce market is expected to approach $50 billion Canadian dollars ($45.28 billion) in sales by 2019. 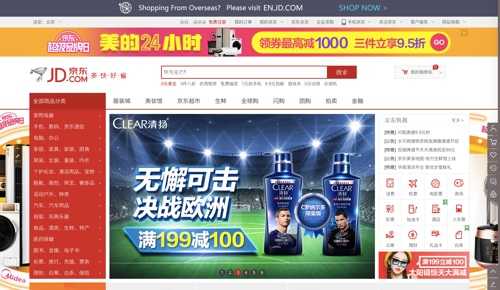 Grocer Publix and Instacart announce Instacart grocery delivery service. Publix will begin piloting a grocery delivery service with Instacart in select areas of Miami. Instacart is an ecommerce and delivery service that allows customers to place their grocery orders online and have their items delivered. Publix has made multiple attempts at online grocery services. “We know this service is something our customers are interested in, and we’re excited to learn more as we move forward with this pilot,” said Kevin Murphy, Publix senior vice president of retail operations. “We chose Instacart because we believe the experience they provide aligns well with the needs of our company, associates, and customers.”

Walmart expands its mobile-payment app to all 4,600 U.S. stores. The Walmart Pay feature on the retailer’s app can now be used at all 4,600 U.S. stores. Walmart’s effort is an attempt to make its physical checkout process faster and more convenient. Walmart said that 20 million people regularly use its app. With Walmart’s brick-and-mortar stores receiving 140 million weekly shoppers, the expansion should put the app in direct competition with pay apps from Apple, Alphabet, and Samsung.

DHL eCommerce boosts its China footprint with new investments and expanded capabilities. DHL has announced plans to grow its overall presence in China by over 50 percent. As part of this, the company has opened its new DHL eCommerce Shenzhen distribution center, and will also expand its existing distribution centers in Shanghai and Hong Kong to support the growth of online retailers. With the capacity to handle up to 18 million shipments a year, the DHL eCommerce Shenzhen Distribution Center supports the booming manufacturing sector in Shenzhen and the growing base of Chinese online retailers.

UPS expands smart locker program to over 300 locations. UPS is expanding its smart locker program from nine locations in Chicago to 300 locations nationwide. The UPS Access Point lockers are alternate delivery locations that are usually outside and accessible 24 hours a day. Online retailers can integrate the locker delivery addresses into their web checkout process to give consumers, who live in a residence where front-door delivery is not possible, a nearby delivery location. When unable to make a delivery at a consumer’s residence, UPS drivers can leave a delivery notice indicating when and where the package will be available for pickup at their neighborhood UPS Access Point location. 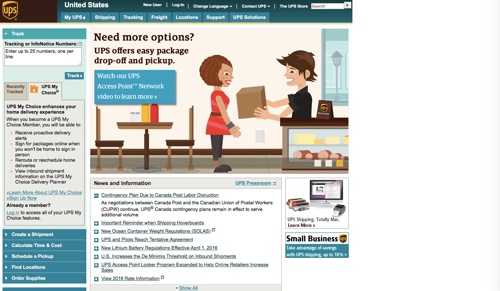 Mars and Alibaba Group launch partnership. Leveraging Alibaba’s ecosystem, Mars is establishing an integrated online and offline business model to serve its hundreds of millions of consumers in China. All of Mars’ brands in China will be available online to consumers in its various Tmall flagship stores and to rural consumers through Rural Taobao. Mars will leverage Alibaba’s marketing services, media properties, mobile reach, big data, and consumer insights to directly engage with its consumers. Alibaba’s supply chain management and logistics network will also help expand Mars’ efficiency and reach.

MallforAfrica partners with eBay. U.S. eBay merchants will soon have access to Africa’s consumer markets, as a partnership between the auction platform and MallforAfrica.com is set to go live 2016. Sales on the Ebay.MallforAfrica.com site will begin in Nigeria, then Kenya and Ghana, all in 2016. Additional African countries will follow.

Facebook continues bot launch for customer service on Messenger. Retailers and other business have already developed 11,000 bots, and 23,000 developers have signed up for Wit.ai’s bot engine, which automates conversational interactions between users and businesses. Facebook recently announced additional tools, quick replies, and persistent menus, to help users to manage conversations, making it easier to have an automated conversation with people. 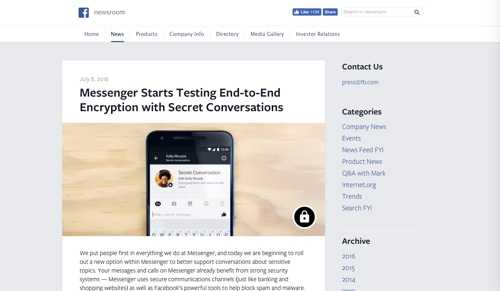