According to National Australia Bank, online retail spending in Australia increased by 10 percent, to $17.6 billion, in 2015. This compares to roughly $562 billion for China, the country with the highest ecommerce sales, and to $350 billion for the U.S.

The Australian number may appear small, but Australia’s population is 2 percent the size of China’s. Additionally, Australia has a higher Internet penetration and smartphone usage; more than 90 percent of the population has Internet access. The ecommerce opportunity in Australia is compelling, as studies show that approximately 30 percent of consumers spend more time shopping online than in a physical store.

This is the third installment in a series wherein I review the ecommerce market in countries and regions around the world — following “Ecommerce in Japan: Marketplaces Dominate” and “Ecommerce in South Korea: Aggressive Discounting, Rewards.”

The three largest ecommerce sites in Australia are Amazon, eBay Australia, and Gumtree, a classified ads site that is owned by eBay.

A report by Price Waterhouse Coopers predicts that Australian consumers will lead the Asia-Pacific region in ecommerce spending in 2016, at roughly $4,500 apiece. This is much higher than in 2013, when Australian shoppers reportedly spent $2,802 each, on average.

According to Google’s Consumer Barometer, Australians are highly connected, with an average of 3.1 devices per person, one of the highest rates worldwide. Surprisingly even with this high penetration, retailers are struggling to provide a compelling mobile experience to their customers, as noted in Episerver’s “Mobile Commerce 2015” report.

Free Shipping Not Too Common

Many Australian ecommerce sites — such as The Iconic, a clothing retailer, and Catch of the Day, a leading daily-deals site — have a minimum purchase requirement before offering free shipping. Orders are not typically delivered the same day unless they are in one of the larger cities.

Retailers and logistics providers are investing in building a distribution infrastructure. But for now, Australian consumers accept longer delivery times and relatively higher shipping costs. This is presumably one of the reasons why Amazon has not invested in building a local fulfillment network in Australia. Amazon’s Australian site points users to buy physical products from the Amazon global U.S. site. The Amazon Australia site sells only electronic items, such as ebooks, audio books, and apps.

Most sites support standard credit cards — Visa, MasterCard, Discover, and American Express — as well as debit cards and, less common, PayPal. Gumtree, the classified ad site, suggests meeting in person with the seller to verify the item before making the payment. Some sites also support cash on delivery that is offered by Australia Post, the national postal carrier.

Another payment service in Australia is POLi, a real-time bank transfer that is also offered by Australia Post. POLi lets merchants accept payments from customers with an Internet-enabled Australian bank account. When paying, customers just choose the POLi payment method on the merchant’s website. Then they login to their online bank account. Customers do not need to register with POLi and do not need to enter payment information with the merchant. 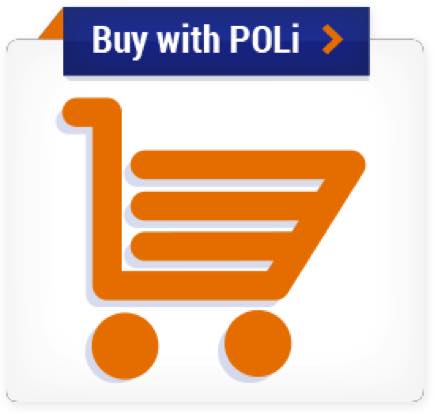 POLi is a real-time bank transfer service, an alternative payment method offered by many Australian merchants.

Australians buy extensively from merchants in other countries, largely because of no customs duty or taxes on orders below AU $1,000. In fact, one study found that 63 percent of Australian consumers will shop across national borders, ranking them first in the world, followed by Canadian and Russian consumers.

This makes it easier for existing U.S.-based retailers to market their offerings to Australian shoppers and ship the orders to Australia, like Amazon.com does.

Retailers that seek a local presence can consider Australian logistics services, such as warehousing providers, shipping and logistics companies, and even call centers.