Michael E. Shatz is a long-time credit-card-industry veteran. He is now founder and CEO of The Merchant’s Guide, a Mass.-based consulting firm that advises online merchants on credit card and other payment issues. We recently spoke with him about Checkout, Google’s non-bank payment exchange.

PeC: As a payments consultant, would you advise an ecommerce client to offer Google Checkout? 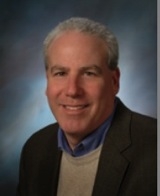 Shatz: “Sure, under certain circumstances. For instance, if the merchant were a moderate-to-heavy user of Google AdWords, I would definitely suggest it. That’s because the Google Checkout badge appears with these ads and this helps conversions.

“Another thing to consider is that it’s an alternative payment method and as with all APMs, there’s an opportunity for sales uplift. In this case, where you have a badge on the ad, there’s a reasonably good chance that a percentage of these conversions will be incremental, that is, it won’t necessarily cannibalize the credit card sales. The conversion is great; however, it’s not great if you’re cannibalizing credit card sales just because I like to use Google better. By presenting a badge at the time of the Google AdWords ad, I think that you increase the chance that it’s going to be an incremental sale.

“But there are also negatives for Google Checkout. They are the same as the negatives for other APMs, such as PayPal. The first is pricing. Both Google and PayPal publicly advertise tiered pricing schemes that are virtually identical. Small merchants pay 2.9 percent plus $0.30. 2.9 percent is a bit steep if you are selling a high-ticket value product. The $0.30 fixed fee hurts if you are selling a small ticket item. Large merchants pay 1.9 percent, which helps with high-ticket items, but the $0.30 fixed fee stays the same for all tiers. This makes it a tough sell for merchant selling, say, $10 items. It adds another 3 percent to the fee.

“Of course, small merchants must weigh these potentially expensive fees against any monthly fees they would have to pay many payment processors. These monthly fees can be steep, up to $30 per month. APMs provide some level of anonymity for the consumer. That is one of the big selling points to the consumer. I think merchants want all of their customer information and they are not getting it.”

PeC: If a merchant isn’t using AdWords, does that change your calculus of Google Checkout?

Shatz: “Sure, it does. I’m a big advocate of alternative payment methods. If the customer did not use AdWords, then I might be more likely to have them try PayPal first because of their large installed base, but I might advise both and see what happens. A lot of it would be determined by the level of effort for the merchant to integrate the payment method to their shopping cart or into their ecommerce platform. So, in most cases, it’s a no-brainer and there’s no harm in adding it. You can always get rid of it afterwards.”

PeC: Critics of Google Checkout might say something like this. They would say that for merchants to be using Google Checkout, you inject kind of a third party, namely Google, between yourself and your customer and in time that could be harmful in that if a cart doesn’t include Google Checkout. Is that a fair criticism?

Shatz: “In certain cases, it probably is. I don’t think that any merchant relishes the idea of any entity coming between them and their customers, although historically, merchants have been fine letting credit card companies do this. Kind of the key distinction of Google Checkout and PayPal is that they restrict the merchants from seeing some of the customer data and many merchants just don’t like that.

“On the other hand, merchants do enjoy the incremental sales. So, in my view, it’s a balance and merchants can choose for themselves. Now, I don’t believe that having Google Checkout will actually determine whether or not a customer buys from a merchant unless it is the only payment option available and they don’t want to use it. I would never recommend offering a single payment option to customers, especially just a wallet. I think the combination of credit cards, wallets and other options are the best way to go.”

PeC: Any other thoughts on Google Checkout?

Shatz: “Just in general, talking about alternative payment methods, I’d say that given the new card act that Congress recently passed and the President signed, I believe that the number of issued credit cards and the available credit on these cards is going to decrease significantly. I think that because this is happening that alternative payments methods like Google Checkout and PayPal, will play a greater role in ecommerce.

“So, again, where it is technically feasible, I would encourage merchants to explore offering all the major payment types including the major credit card brands, PayPal, Google Checkout, Bill Me Later, and so forth. I mean, not all of these are good for all merchants, but during a recession, you can almost push incremental sales aside and say given the economic situation, merchants may actually be saving some sales using alternative payment methods because they don’t have much credit, they don’t have as many credit cards, so on and so forth.

“While Google doesn’t have the user base of PayPal, I don’t see the harm in offering it, and they do have a huge user base for AdWords. When you look at PayPal, which I just said has a big, kind of nebulous, user base, some active, some not, you have the same thing on the other side with Google Checkout in the sense that there is just a huge installed base of AdWords users. They are the biggest. Virtually everybody uses Google and that’s a big plus.

“Another thing that’s good is that not all alternative payment types, Google Checkout included, are right for every merchant. Merchants should talk to each other about their experiences with these APMs, especially merchants that sell things that are similar if they are willing to do that. So, birds of a feather kind of thing and that’s a big advantage there.”