Google has recently released a Google Translate app for iPhone. The real-time language translation app was previously available as a browser-based app, and as an Android app, but now it is available as a native iPhone app. It is condensed from the full, desktop version of Translate, and users can install it, for free, via Apple’s App Store.

What Does this New Application Do? 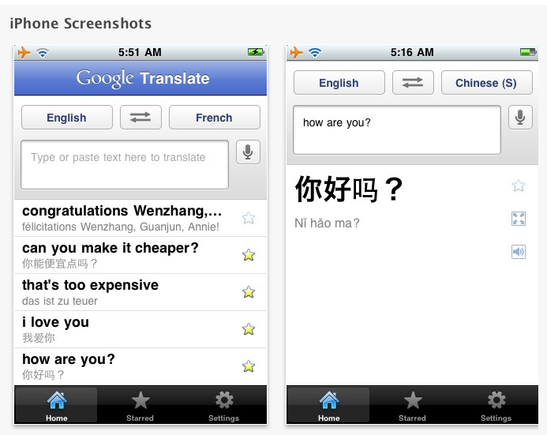 The new app accepts voice input for 15 languages, and “just like the web app — you can translate a word or phrase into one of more than 50 languages,” Google engineer Wenzhang Zhu said in Google Mobile Blog. Zhu continued, “You can also listen to your translations spoken out loud in one of 23 different languages”. Users can type in words and phrases and then see or hear them in different languages. For voice input, you press the microphone icon next to the text box and say what you want to translate. There is also a full screen option — to enlarge translated text so it’s more visible — that did not exist in past additions.

Today, machine translations such as Google Translate use probability and statistics theory, analyzing millions of third-party sentences — and applying statistical models — to infer the rules of usage and grammar. The well-known translator used by Yahoo!, Babel Fish, is using a dual system that combines both statistical and linguistic models. As the database of language use grows, the ability to use linguistic information reliably does, too. Google Translate and Babel Fish are far from perfect. I’ve tried Translate with a Polish friend, and it is often more of a comedy show than a useful tool. But as the technology improves, machine-translated information will become more common. 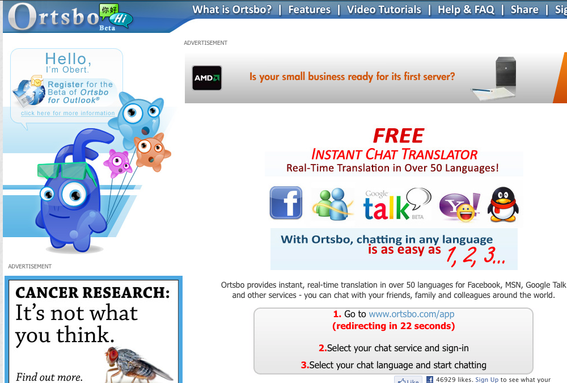 One other new, notable machine translator is Ortsbo. It offers a more basic form of translation for instant chat, and millions already use it. The new service offers real-time text translation in more than 50 languages for Instant Message networks, including Facebook, MSN Chat, and Yahoo! Messenger.

Translations devices once only worked in science fiction literature and movies. Now they are not only widely available — think smart phone apps — but they are also becoming more reliable. Machine translation technology, while still in its infancy, can currently be used by ecommerce merchants for real-world applications.

Google has a powerful incentive to improve translation technology. Only a portion of Internet content is in one of the world’s most commonly spoken languages. If Google can make all content available to every user — regardless of the user’s native language — knowledge will spread, and Google will likely profit from more searches and more pay-per-click ads.