Anyone who has visited a foreign country knows the difficulty of buying products in a foreign language. This confusion can be overwhelming, whether haggling on the street or buying online.

But, for ecommerce merchants considering language translation, determining which countries and languages to focus on can be daunting. Even coming up with an estimate for the number of speakers of the world’s most popular languages is difficult, as the numbers often become outdated as soon as they are published. Wikipedia cobbles together estimates from Encarta, Ethnologue and other sources, but these estimates are based on previous numbers and do not often include bilinguals.

Still, the ranking of the top three is always consistent. Mandarin Chinese is by far the world’s most widely spoken language, as it is the language of the world’s largest ethnic group. Spanish comes in second, with a huge geographical spread and many different dialects. English comes in third, and it is widely considered the language of business and technology.

However, English is by no means the fastest growing, according to this report. Between 2000 and 2009, English-speaking Internet usage increased by around 250 percent, while Chinese-, Arabic-, and Russian-speaking usage all increased by more than 1000 percent. English Internet penetration still remains higher than these, however, showing that there is still much growth left for countries like China with large populations that are beginning to access the Internet for the first time.

How to Determine the Languages for your Site

Liz Elting is the co-founder of Translations.com, a multi-language translation, development and consulting site based in New York. She outlined in an email message the importance of targeting specific languages depending on the merchant’s market penetration, the difference between machine translation and computer-assisted translation and the implications of multilingual content for SEO. 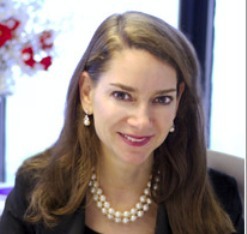 “Choosing which languages to localize your site into is an important decision that should be influenced by the markets you serve and your current growth strategy,” Elting said. “Currently, the most common languages we localize into are Spanish, Japanese, French and Chinese. If you’re targeting individuals within the U.S. who speak English as a second language, Spanish is by far the most appropriate choice.”

Luckily, there are many translation tools and services available for merchants who are interested in expanding their business into foreign markets or to non-English speakers in the U.S. While there is no way to get a perfect translation without a human translator, there are some tools available for automatic translation, many of them for free.

The problem is choosing the right one for the language. While some translators are able to accurately translate from English into another European language, they may not necessarily do so for a language that uses a different script or belongs to a different language family.

On the user end, these machine translation tools work the same way. Users copy and paste a site’s URL, and the translator will render the page in the other language. In order to test the accuracy of the most common of these free machine translators, I asked the help of some bilingual friends and colleagues to test different translators’ effectiveness in different languages.

I asked a French-speaking friend to compare Google Translate’s French translation of CNN.com to the English version. He said it was almost completely intelligible, though not eloquent. It also kept the site’s layout pretty much intact. We then repeated the experiment with another tool, FreeTranslation.com, and found the translation was less accurate and the site’s rendering altered. We tried it one final time with Yahoo! Babel Fish, which he said was “easily the best translation.”

It would be tempting to accept Babel Fish as the best translator, but this is not necessarily true. I then asked an Arabic-speaking friend with limited English skills what his preferred translator is, and he said Google Translate always works for him.

Yet Google Translate has led to problems during my stay this summer in Hanoi, Vietnam. I have switched to another English-Vietnamese online dictionary developed in Vietnam, called Tratu.vn. Western-made machine translators kept leading me into laughs and blank stares. One of my Vietnamese co-workers told me that she thinks, when it comes to Vietnamese, lots of Western-made translation tools are “very stupid.”

In the end, the most accurate way to translate a web page is to allow a human to do it, although this is much more costly. For merchants, this would not be necessary for basic things like pricing, brands, sizes and other concepts that do not rely on conversational experience. However, for product descriptions, more accurate translations are needed, and they may or may not be available through a translator tool.

If a merchant chooses to rely on a machine translation tool, he or she should conduct a series of quality tests using all available translators with native speakers of the language in question. It is possible they are using a tool English-speakers have never heard of. Elting stressed that this should be contrasted with computer-assisted translation, which still requires a human translator.

These tools leverage previously translated content to provide a human linguist with suggested translations,” Elting said. “That linguist then makes a choice to accept, edit or completely replace the translation offered by the computer-assisted translation tool.”

A merchant’s choice for human translator or machine translation can also largely depend on whether they have already launched their site and how much money, time and effort they are willing to put into translation. Though a lot of buzz has been generated about multilingual search engine optimization, Elting recommended considering multilingual during the development and launch phase, instead of attempting to use multilingual SEO to gain traffic from foreign search engines.

“Building the most effective multilingual websites cannot occur with a staggered effort…Multilingual SEO is not a strategy one should employ after the fact, and actually costs more money in the long term,” Elting said.

Whatever tools merchants decide to use, be it human translation or machine translation, they should always have their users in mind and make sure to test the translations with native speakers of their target language.