A product’s name, for all intents and purposes, is the product. It’s what consumers grow to trust and identify with. The name is vital in building a brand’s identity over time. But with international markets, there is an added complexity, as the message represented by words and symbols can vary significantly between countries and cultures. What works in one country won’t necessarily work in another.

You may or may not have heard of some of the classic brand name faux pas, such as Irish Mist, a golden whiskey liqueur produced in Dublin, Ireland. While the beverage has a lovely sounding name in English, when the C & C Group tried to launch it in Germany, they were mystified as to why sales weren’t going too well. “Mist,” you see, is the German word for “manure.” 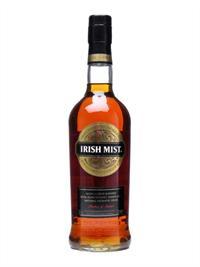 Irish Mist sounds fine in English, but not in German, where the word “mist” means “manure.”

Rolls Royce didn’t make the same mistake with its “Silver Mist” model in the 1960s, after realizing what the word meant in German–a potentially lucrative market for the car–they wisely changed the name to the “Silver Shadow.” 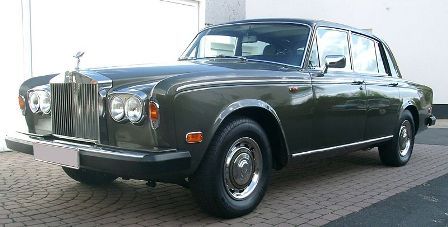 Rolls Royce chnged the name of its “Silver Mist” automobile to “Silver Shadow” in deference to the German-speaking market.

The automobile industry is a good example of how businesses adapt their brand names to suit different markets. While North American markets generally have powerful and grand sounding names for their cars (such as Mustang, Eagle, Imperial and Dragon), Asian markets tend to prefer alphanumeric codes, that sound more technologically sophisticated.

For example, Kia Motors’ Forte is known as the “K3” in Asia, and the Optima is known as the “K5.” But I read recently that Kia is considering reverting to an alphanumeric naming system across all its markets and I think this is a very telling sign.

By using an alphanumeric system, Kia Motors will save itself a massive translation/localization headache when launching a particular model elsewhere in the world. This is a tactic used by the likes of BMW and Mercedes-Benz, who can effortlessly sell their various models across the globe, without worrying that, say, “Nova” sounds distinctly like “no va” in Spanish. “No va,” incidentally, means “doesn’t go.”

I recently read a report that French car firm Renault is facing legal woes over its proposed new car name, “Zoe.” A Parisian named Zoe Renault is attempting to fend off potentially years of ridicule. (“Zoe’s broken down again.”) And there are other “Zoes” across France petitioning against the move by Renault, too.

But, legal glitches aside, car manufacturers could be shooting themselves in the foot by trying to adopt a “one-size-fits-all” approach to their names. Sure, having one name without any translation issues certainly makes their jobs a whole lot easier, and cheaper, at least in the short term.

But businesses need to look at the longer-term value of their brand names. If people in the U.S. prefer friendly, familiar names such as Chevrolet or Mustang, then marketers need to recognize this. Cultures, by their very definition, are different, and trying to lump all markets into one to make their lives easier could end up costing them in the long run.

And it isn’t just car manufacturers that adopt different naming policies between markets. Canon, for example, releases all its cameras under different brand names for the U.S., Europe and Japan. The Canon EOS 400D in Japan and Europe becomes the Digital Rebel XTi in the USA.

Assuming you’ve gotten your brand name right in the first instance, the next part is relatively simple and requires very little effort: Keep it. Or, put another way, don’t change it.

As I’ve stated already, once a new brand is successfully launched, be it through online or offline channels, it becomes so closely associated with the actual product that changing the name is a really unthinkable path to go down. But many companies do just that.

Just last year, Pepsi changed its name in Argentina to “Pecsi,” to presumably reflect the way the word is pronounced in the local Argentine accent. Word has it, a quarter of the population already said Pecsi instead of “Pepsi” before the name change. 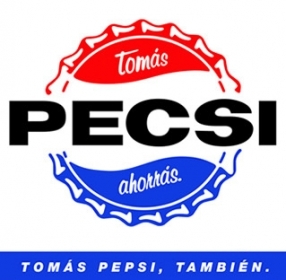 Pepsi changed its name in Argentina to “Pecsi” to reflect the way it is pronounced there.

And U.K. readers over the age of 25 might remember “Marathon” chocolate bars. As part of the Mars’ brand standardization strategy, the much-loved Marathon became “Snickers” in 1990, as it was already named in the U.S. This change was naturally followed by an extensive advertising campaign to reassure U.K. chocolate fans that their beloved “Marathon” was the same as ever, just under a different name.

Similarly, Mars changed the U.K. “Opal Fruits” brand to match the U.S.’s “Starburst” brand in 1998. And to mark the ten-year anniversary of the name change, Mars actually re-launched the Opal Fruits brand in 2008 for a limited period in Asda superstores.

If this tells you anything, it tells you this: Consumers grow attached to brand names. Most people harbor nostalgic feelings for brands that they grew up on, and the discovery of an old tin or packet from a long-gone brand is often met with an utterance of something like “Aw, I remember them.”

So, how do you actually localize a brand name for other markets, and what are the processes involved?

Without meaning to sound too obvious, the only way you can do it is by working closely with local marketing experts, who are native to your target country and understand the local market.

Assuming you don’t want an alphanumeric name for your new product, you will need to devise a list of potential names that you think sound well. Dedicated brand-name-checking services exist, which help ensure your proposed new product name doesn’t sound like something different in another country and culture.

Even if you’re only taking a product from the U.S. to the U.K., cultural differences, dialectal differences and grammatical differences can mean brand names and slogans can get lost in translation at best. And at worst, you can end up with Mist on your face.

U.S. computer company Wang Laboratories tried to use its “Wang Cares” slogan in the U.K. in the 1980s. But the suggestion didn’t function well with the firm’s local British branches. Why? Well, ask any British national and they will probably smile before telling you that it sounds a lot like local slang for, well, something that Wang Laboratories didn’t intend.