If Your “Baby Is Ugly,” Fix It

Something like that happened to Shirley Tan. There she was in her third year at Golden Gate College in San Francisco, at work on a degree in international business. A friend had some space in the newly-opened San Francisco Gift Center, and he made her an offer she couldn’t refuse.

Tan: He said, “Why don’t you put something in this space — I’m only using half of it. You don’t have to pay me rent until you start making money.” That was how he got me; I didn’t have to pay him rent. I didn’t know if I would make money, but when you’re 20 you don’t know anything. I was just doing it to kill time.

The young entrepreneur — a native of Guam who had come to the mainland because she was a big city gal and wanted more than the little speck of rock in the western Pacific could offer — took her friend up on his offer. A month later, the trap was sprung. 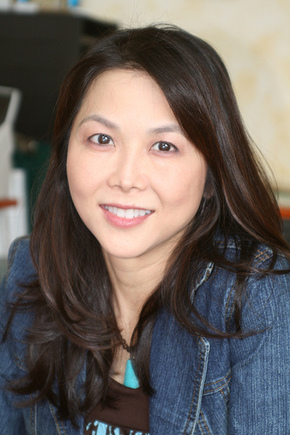 Tan: I started making money the first month, and I had to pay him rent. Once I paid him rent, it became a business. I went ahead and graduated two years later, but I just kept at it. There weren’t any job offers that paid more than I was making. I never went into it thinking I was going to start my own business.

Tan can’t pinpoint a particular subject covered in her international business degree program that prepared her for the business she’d inadvertently established. Her recollections about 27 years in the bridal favors business make the time sound like one long learning process.

Tan built her wholesale business. The San Francisco Gift Center, now an institution in the city, grew with her. The lady who didn’t intend to go into business was in business and, in keeping with the wares she sold, it looked like a good marriage. Then the recession of ’91 took its toll on discretionary spending. Tan realized that to maintain growth, she would have to reach outside the San Francisco Bay area market.

Tan: We were so reliant on the local market and the traffic in the [gift center] building. It was a wholesale outlet and people had to have a license in order to come in and buy from us. So, in 1994, I decided that I would do a catalog to reach other prospects.

Tan anted up about $70,000 to put together a first-rate catalog. The project was time-consuming, hard work.

Tan: Have you every sorted bulk mail before? It’s not fun — 40 ZIP codes, weights and yellow tags and green tags and, oh my God … I just wanted to scream. That got old very quickly. Then a friend of mine said, “Hey, you have a nice name for your business (American Bridal Accessories); why don’t you register it?”

Tan: I said we could just do an online catalog, since I didn’t want to do the bulk mail anymore. People could just go online and look for our stuff.

The learning curve for Tan was about to take a sharp turn upward. She was not even an Internet user; she just wanted out of the bulk mail business, and she wanted out fast.

Tan: I had no clue, none. I just wanted an online catalog. I had no idea we could make this into a full-blown ecommerce, stand-alone business.

Tan took a typical approach: She turned to anyone nearby who could help, and her brother put up the first site. The site was simply the catalog pages scanned and placed in HTML files. It didn’t work — at all. American Bridal didn’t sell anything online.

Tan: Our catalog was ugly, [which made me feel almost like] “my baby is ugly,” if you will. When that reality hit, we decided to hire a professional to build our store. Four thousand dollars later, we had a quasi-store that was very hard to read and navigate. And if I even sneezed at it, that cost me money.

Tan was thankful she still had her outlet in the Gift Center, because the Internet expedition was seriously bogged down. She had some online traffic, but not much. A few sales came in from the website. However, because the brick-and-mortar store was doing well, she admits they didn’t take the Internet store very seriously. It had become just another marketing tool — and not a particularly good one. Part of her problem was lack of control.

Tan: One of the main problems with the site was that I had to depend on the webmaster for changes. I didn’t like that. I wanted to put products up when I wanted to, and take them off when I wanted to. I was looking for a change and that’s when I stumbled on to the Yahoo! platform. Yahoo! has been awesome.

Firmly ensconced in the Yahoo! system and beginning to show promise, Tan’s “ugly baby” survived the dot-com crashes in the late ’90s. It grew a bit in the early 21st century, although she is not sure exactly how. She still had her walk-in store in the Gift Center, which paid the bills.

Tan: From 2000 to 2004, I was still clueless. I’ll be the first to admit that I had no idea what I was really involved in. There was one company at the time, which I thought was the main competition. They were big and invincible in my mind. They were exactly what I wanted my company to be. They knew exactly what they were doing and where they were going and they inspired me. There was good and bad in that. The good was, they gave me a sense of direction. The bad thing was that I wasn’t seeing what was happening elsewhere in the industry with other players coming along. In 2003, some of the new ones skyrocketed to page one on Google and left me a little behind.

But you don’t survive in the tough West Coast gift market by letting a little cold wave wash you off the beach. Tan’s response to the search position thumping was a determination to fix whatever had gone wrong. It was epiphany time for the lady from Guam.

One of the critical things that happened to Tan in those days was that she learned to exercise a bit of personal detachment about Americanbridal.com.

Tan: One of the things most people do when they build a site and select the products is that they get enamored with them. They lose the ability to be objective. If you can’t get past that, you can’t grow your business. If you’re hung up on what you created, you’ll be hung out when it comes to growing. You need feedback and other opinions. I asked anybody and everybody who would give me the time of day for opinions and advice. What’s wrong with this? What can I do to fix this? What am I doing wrong?

Based on her research and advice she was given, Tan began to pay more attention to content, making sure it was optimized for the SEO aspect. She made sure that when people came to the site they got exactly what they were looking for, even if they landed on a secondary page.

Tan: Then it was, “make it work or I’m out of a job.” I took four or five people working for us [at the brick-and-mortar] at the time of the split and we focused very narrowly on making the online business work.

At this point, she still referred to the business as “her job.” During the years that she ran the live wholesale outlet and built an online business, she’d always thought of herself as someone working at a job bought with some rent back in 1985. With the live store gone and nothing but cyber customers and half a dozen employees on payroll, she had her second epiphany: After almost 20 years of being in business, she finally decided that she was, in fact, in business. She began to think of it as something more than a job.

Today, Americanbridal.com is rated among the top three online businesses in the bridal industry. The company employs 23 people in a building just off Market Street in San Francisco and operates 10 separate sites, including one for groomsmen items. All personalization of gift items (monograms on cufflinks and handbags, etc.) is performed in house. Tan has dozens of vendors worldwide from whom she buys or who drop ship for her.

Ask Tan if there is anything she would tell a newcomer to business, online or otherwise, and she’ll tell you, “develop a system. Put it all in writing.” When did she do that?

Tan: About two months ago. I told you I was slow. But, when you have been doing something for a long time, you think you know it. People ask questions and you just answer them. If something is wrong, you just fix it. You never bother to write it down, because you can always come up with the answer.

What was the wake-up call?

Tan: From 2004 to 2005, we grew 250 percent. Then the next year, we grew three and a half times. I didn’t have time to write it down. I could write it down or I could be doing it, that was the rationale. I didn’t do it and nobody else did it. When this wedding season hit, it was chaos. We hired 15 people in the last four months because of turnover and growth. We couldn’t train them correctly because nothing was written down — there was no manual to hand them. The training process was incomplete.

And about thinking of your business as a job? Tan says you should never, ever do that.

Tan: When people start a business they have to start it with the idea that they are going to sell it. You want to know what the exit strategy is going in. Otherwise, you are just buying yourself a job. If you don’t have an exit strategy, don’t even bother. Do your research and make sure it is a viable business, with the thought in mind that someone will pay you “X” amount of dollars for this idea.