Early this year, Monetate, the shopping-personalization firm, made headlines when it pronounced that Pinterest was reshaping social commerce and could be a leading source of social media traffic to online retail sites. And even if the Monetate findings, which were based primarily on internal data, are set aside it is hard to ignore how quickly Pinterest and similar sites have been growing.

What follows are three possible reasons for the Pinterest revolution.

The Importance of Visual

Social media sites like Pinterest are innately visual. They are, in fact, collections of images arranged into neat categories. These images — particularly in the context of products and material goods — may be more communicative than words — even if those words are describing the very same thing that the picture shows. 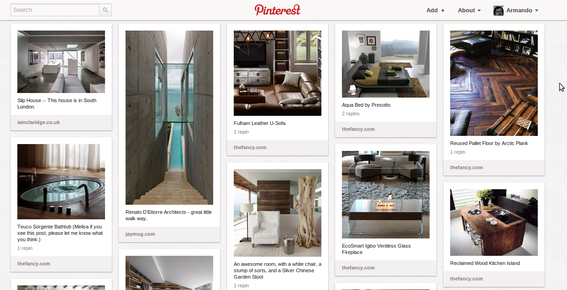 In his book, Blink: The Power of Thinking Without Thinking, author Malcolm Gladwell describes a museum that purchased an ancient statue. Several scientific tests “proved” the statue was authentic, but an expert simply looked at the statue and knew something was wrong. Ultimately, the statue was demonstrated to be a fake. For the expert in the example, how the statue looked communicated more than tests dating its age. The visual was more potent, in this case, than even the scientific.

Similarly, journalist Clive Thompson described in a recent Wired article how therapists used Pinterest to help clients communicate their emotions. Subjects, according to Thompson, could not describe in words how they felt, but could collect many pictures into Pinterest boards that expressed what they felt visually.

“Pinterest’s appeal,” wrote Thompson, “is that it gives us curiously powerful visual ways to communicate, think, and remember.”

For ecommerce, pictures of products may be a more powerful way to market and share than Tweets, Facebook posts, or updates on Google+. It may really be the case that a picture is worth a thousand words.

Find What You Want at a Glance

Thompson also points out that “Pinterest’s glanceability makes it incredibly useful as a visual memory locker.”

Or put another way, its “glanceability” means that it is an excellent way to store wish lists that may be easily searched and scanned later.

Think of a popular Pinterest use case — wedding planning. Brides-to-be collect dozens or in some cases hundreds of photographs of dresses, wedding cakes, and floral arrangements. These collections of images become a visual encyclopedia of the wedding plan. When the bride wants to communicate to the groom, her mom, her friends, or her seamstress what she wants, she can simply, scan her “dresses” board and point at the picture that best communicates her point.

Since most of these images link directly back to the source, merchants that get products included in boards — collections — may drive a significant amount of site traffic and, potentially, could boost sales.

Compared to other popular forms of social media, Pinterest — and similar sites — are simply more materialistic, more commercial, and built by nature to encourage people to want to own products or services.