Melbourne-based Phoebe Yu is CEO and founder of Ettitude, an Australian ecommerce site that sells eco-conscious clothing and household goods.

Yu’s first role after completing her bachelor’s degree at Shanghai Institute of Foreign Trade was as a sales and marketing executive for Shanghai Light Industry Trade Corporation, an importing and exporting firm. 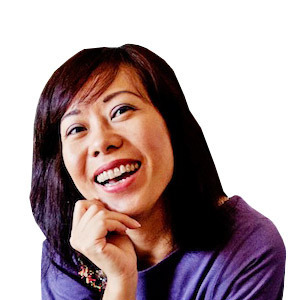 Yu began Ettitude.com.au using a Melbourne software company, Equik, now called Arctic Fox Web Engine, which had a shopping cart and content management system. It cost Yu about $8,000 on web design with this turnkey solution. Yet she wasn’t happy with the results.

“I knew nothing about how to run a website or what functions were critical for a successful ecommerce site. I should have done more research and homework. The system was hard to use,” Yu said.

“I couldn’t change the meta tags or descriptions as I didn’t know how to code and the URL structure wasn’t SEO-friendly. So my sales growth was very slow.”

After a web designer mentioned Bigcommerce, she researched that company and other shopping carts such as Magento and ShopFactory.

“I listed the critical features I wanted for my website and compared the shopping cart solutions. Bigcommerce had the best functionality and the price was not expensive. So I switched to that company in August 2010, getting my web designer Dvize to redesign the whole site and transfer all the product information across.”

Yu said Bigcommerce is easy to use, and has many self-managed SEO features that allowed her to improve Ettitude’s Google ranking quickly, helping sales to grow.

“Bigcommerce integrates with many third party software programs such as MailChimp. I’m on Bigcommerce’s Gold plan, which is $79.95 per month. On the plan above that, they offer cart abandonment notifications.”

Yu uses Bigcommerce’s new features as soon as they are released; Ettitude’s Bigcommerce Facebook store was one of the very first.

“Because of this I was asked to speak at a conference to talk about Facebook marketing, and I was featured on Mashable.com.”

“While most of our current payments are via credit cards and PayPal, we plan to add those payment options that are currently unavailable in Australia — such as Google Wallet and Checkout By Amazon — when we expand more into the U.S. market.”

Yu has been using Bigcommerce until now to print invoices and packing slips. But she has just started to use Ordoro for inventory control, as it supports multiple warehouses.

“This means we can better manage our warehouses in Australia and China. But Ordoro is a new company, and it is still adding and improving features. So it’s hard to judge at this moment.”

“We started using Temando for sending Australian parcels in 2011 but are starting to switch to Australia Post’s eParcel now,” Yu said.

She is waiting for Bigcommerce to integrate Australia Post and Temando into the system so shipping orders can be done automatically.

“They do this with some U.S. couriers, but not yet those in Australia.” 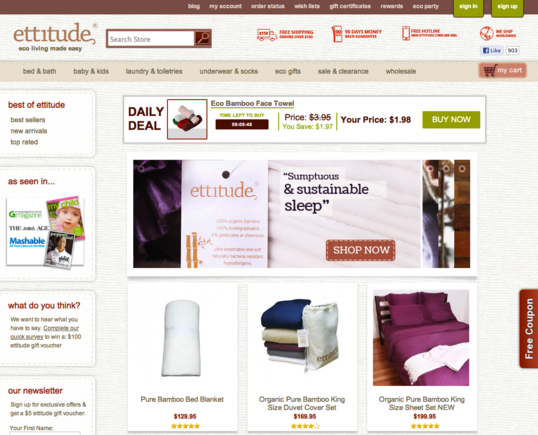 While Bigcommerce takes care of much of the SEO, Yu is continually learning how to do it herself.

She currently outsources SEO to an Indian company, Wildnet Technologies, which has achieved a page 3 ranking on Google.com.au for key search terms, such as “bamboo sheet” and “bamboo bathrobe.”

“[Wildnet] helped our Google.com.au ranking, but I don’t think they’ll be able to help us rank on other Google sites as we grow globally.”

After the Google Panda update — see “SEO: Avoiding Penguins and Pandas,” our recent article on that topic — Yu has found SEO is more about building relevant high quality content to get a better ranking.

Her original efforts at Google AdWords were unsuccessful because, she says, of her lack of knowledge. She had previously hired an agency to do this, but said its service was terrible.

“It seems to be working this time, as we’ve almost broken even on the AdWords’ expense of $2,000 per month. We will increase this once it’s profitable.”

Yu’s background was in product sourcing. So this is the easiest part of the business for her.

“The baby and kids’ clothing were the main focus at the beginning, but the bamboo bed and bath products have taken off, so we’re focusing more on those and will add more bamboo fiber products.” 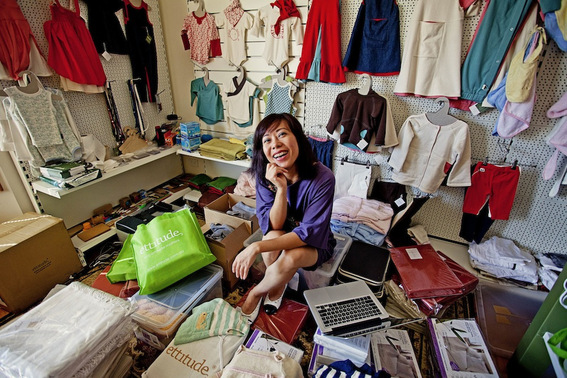 Yu with some Ettitude products.

Yu’s accountant has been using MYOB until recently, but now uses Xero, which she said is easier to use.

“All this social media helps the Google ranking because Google now puts weight on social ranking. People interact with us more on Facebook — maybe because our customers are mostly female.”

“We can definitely see sales via Facebook through Google Analytics. Sometimes we post discount codes on Facebook and see customers using those. We also use Facebook for customer service sometimes, such as if a customer posts a direct message about their order, or products.”

Yu uses contractors instead of fulltime employees, when possible, to control overhead. She likes to build steady relationships with suppliers.

“[With long-term, steady relationships,] you get better prices and better payment terms, which helps a lot with cash flow. Since this is an eco-friendly brand and business, we also save electricity and paper as much as we can. This not only helps with cost savings, but it means less waste and helps to save the planet.”

Yu refuses to outsource customer service: She and her part-time assistant are hands on.

Because no one knows Ettitude’s products as well as Yu, who develops them, she conducts the live chat herself, which she said helps when customers or potential wholesalers have questions.

“More than 50 percent of the people who use live chat with us place an order after that.”

Yu plans to compile the questions that are most often asked into a standard manual.

“They can also reach us through Facebook, Twitter, and email. We also have a free phone number if they want to call. It makes sense to give customers more channels to communicate with us.”

Yu regrets selecting the wrong software for her first website, which wasted money and impacted her ranking in Google.

“I wish I had known about Bigcommerce earlier on.”

However, she is disappointed that Bigcommerce isn’t yet set up to help her expand her website into the international market.

“Now I have another challenge as I want to enter the international market but Bigcommerce doesn’t support multi-language or multi-countries. But I believe they are working on this.”

Yu believes the Mashable article, which led to an invitation to speak at the 2012 Social Media Marketing Revolution conference about Facebook marketing, is her biggest success.

Her other success to date was being featured in The Age newspaper in Melbourne, which created a spike in traffic and good exposure.