Practical eCommerce: Speculation in the industry is that with the rise of Facebook and other social media sites, the use of email may be declining. Is this true?

Ross Kramer: “We just came back from Etail [trade show] this week, and from the retailers that I was talking to up there, email is driving 20 to 25 percent of their overall revenue. Larry Freed from ForSee, the measurement and analysis firm, had some interesting stats where they were watching about 250 of the top retailers online and they found that only about 1 percent of their overall orders were actually driven from social. So, in retail, email is still driving a large percentage of overall revenue and I think social is sort of flushing out as a listening platform, customer service platform and a platform for really engaging some of their most important brand advocates. Email really has its roots in direct response and I think consumers have come to expect that in their inbox. We’ll always take a wait-and-see attitude, but I don’t think email is going anywhere.” 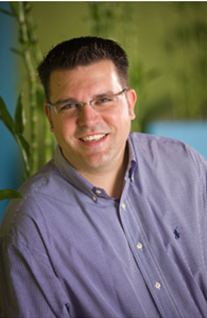 PEC: You’ve seen no stats that indicate the use of email is declining?

Kramer: “There’s no doubt that people have started to shift some of their communication behaviors to social networks. However, from a retailer standpoint, they’re not seeing the revenue showing up in social media. You still can’t get your Best Buy order confirmation via Twitter direct message and I still can’t get my airplane reservations on Facebook. So, you’re still going to your inbox and I think email still has a role in communication, although I think the shorter communication may be shifting a bit.”

PEC: If you were an ecommerce merchant, how would you be using email?

Kramer: “Mailing at least once a month — maybe at the very least twice a month — taking cues from some of the larger retailers makes a lot of sense.

“What we’re seeing from some of our merchant retailers is adding triggered messages to the mix. We’ve got a customer, Birkenstockcentral.com, who has added an additional 23 percent into their email revenue by adding three different types of triggered campaigns. They’ve added a welcome series. So, instead of just one welcome email, they’ve added a series of emails. They added a shopping cart abandonment series, and they also added an out-of-stock trigger. We implemented this out of-stock-trigger so if the product is out of stock, we do an email address collection, triggering an email to fire once that product comes back into stock, getting about a 30 percent conversion rate on those emails, which is pretty cool.”

PEC: How does that out-of-stock email work exactly? Does the customer actually get to the shopping cart when the email fires?

Kramer: “You hit the product page and you pick your size and perhaps your color, that type of thing, and then if the product is out of stock, we render a little popup that says, ‘Sorry, product out of stock. Can we please email you when it comes back into stock?’ and then we have an opt-in that asks them to also be opted into our commercial mailings as well.”

PEC: What about new customer acquisitions?

Kramer: “I think it’s one of the things that small-to-midsize retailers struggle with the most. I think the best tip that I could offer today is to take a cue from the big boys. If you go out the Bloomingdale’s, Neiman Marcus, Saks, [look at] the home pages. Every day they have a spot on their home pages for a sweepstakes. Historically, sweepstakes have really scared a lot of the small to mid-market merchants because of the legal issues and things like that. I’m here to tell you it’s not that scary. We’ve seen from large retailers down to small retailers be able to double their list by running two sweepstakes.

“The other thing that we presented at Etail with Birkenstock Central is a popup. Historically, Birkenstockcentral.com was getting about nine new acquisitions per day. The popup was bringing about 25 new acquisitions per day. The organic opt-in on the site converts much better than the popup, but due to the increased volume of the popup, it’s about the same. When we did that popup, we didn’t take away from the organic, so it was additive. We did some tricks. We wanted to make sure that if they were customers, we didn’t do the popup. If we did have their email address and we’d cookie’d them, we didn’t do the popup. So, it was primarily new users were seeing this popup.”

PEC: The criticism on sweepstakes is that only people interested in the prize sign up, and they’re not interested in getting subsequent emails. You’re not seeing that?

Kramer: “One of the ways to get around that is don’t give away anything that’s got fairly liquid cash value to it. Give away a product. So, if you’re Birkenstock Central, give away $400 in shoes. That way you’re getting somebody that is going to be interested in Birkenstock. Don’t give away cash or a $500 gift card or something like that. We tie in a social networking component, as well as the traditional forward to a friend component. So, we’re also adding additional entries for you for every friend that you get to sign up. It’s definitely worth a try and I don’t think the big boys would do it every day if it didn’t work.”

PEC: What are common mistakes that you see smaller merchants make when it comes to email marketing?

Kramer: “I think there are probably three things. One, not sending enough emails. It’s paramount to be doing at least a weekly newsletter. Get some fresh content. Keep it fresh. You’ve got SKUs. You’ve got the holidays throughout the year. You can come up with brainstorming, interesting holidays like things that aren’t holidays like back to school or summer gifting or things like that. Not sending enough is a mistake.

“Next is not using the data that you have. Not looking at engagement date, or not looking at number of days since the last purchase. Look at things like that, and message based on that segmentation.

“Last is not focusing on new customer acquisition. Social media is not moving the needle in terms of revenue for merchants, but we’ll go to their home page and there is a primary area of the home page above the fold that’s dedicated to following them on Twitter. Put your email acquisition box in that space. I spend a lot of time on Twitter, but it’s just not moving the needle for retailers. And if you look at 1 percent versus an average of 25 percent, focus on acquisition.”

Kramer: “Look at Jim Novo’s book Drilling Down. One of the things that we just did for Birkenstock Central was we segmented their database into 11 different buckets: ‘never bought,’ ‘bought 0 to 30,’ ‘bought 30 to 60,’ ’60 to 90,’ etc. We then picked four different offers for each bucket, and what we were trying to find out was what was the lowest discount that we could give to any of these different buckets to get a one-time purchaser to become a two-time purchaser or to get a ‘never bought’ to ‘buy.’ We offered free shipping, 10 percent off, 15 percent off, or 20 percent off with this segmentation test. Birkenstock Central actually had the best email sales day ever by implementing that.

“The other thing that this test taught us was which segments of his list respond best to which offers. So, it was really a two for one. I would say for anybody who’s interested in this type of thing get Jim Novo’s book. Most of it is actually for free on his Marketing Productivity Blog, but if you’re interested in segmentation, that’s where you want to go.”

PEC: In the example, which one performed best in the discount example you just described?

Kramer: “You know, it was funny. People behaved entirely predictably. I love Dan Ariely’s book, Predictably Irrational. There’s a lot of sort of similarities there, as well. They performed very rationally where free shipping performed much lower than 20 percent off in almost every group, until you hit about the half-year mark. Once we hit the half-year mark, they really responded erratically. We saw really no real noticeable pattern, and then for the ‘three-year’ people we actually found that we didn’t have to give 20 percent to get a three-year non-purchaser to come back and purchase again — 15 percent worked just as well.”

Listen to the complete audio interview with Ross Kramer.

PEC: Let’s move into your company. What’s new with Listrak?

Kramer: “We’re a traditional email marketing service provider, an ESP. Recently, we decided to really focus squarely on the ecommerce channel. One of the things that we did was we built out a few native integrations for Listrak into a some of the popular ecommerce platforms, such as Magento, Miva, Yahoo! store, and Volusion. So, we now have native integrations there that are doing things like picking up on behavior analytics and triggering things like shopping cart abandonment and that’s been a real killer. We’ve got about 80 shopping cart abandonment campaigns underway right now, and it’s been really fantastic to see how these triggered campaigns are helping to augment the traditional campaigns that most merchants are doing. That’s been the new stuff for us — triggered campaigns, mostly shopping cart abandonment these days, and partnering with a few of the platform providers.”

PEC: What about a reader that doesn’t use one of those platforms?

Kramer: “We actually have a native JavaScript library, as well. We’re tagging all of our retailer sites. If you’re not on one of those platforms, with our JavaScript [you can] pick up on things like who viewed this page, who viewed this product, who searched for this product but then didn’t buy, etc. Our JavaScript is picking up on all of those things and shipping it back to a business intelligence warehouse, which is then triggering campaigns.

“One of the other cool things about the platform integration is that we’re consuming all of our customers’ order history. So, we can implement some anti-gaming strategies in shopping cart abandonment. Since we’re collecting order history, rolling that up into some traditional business intelligence statistics, we can send a past purchaser a series of reminder emails without an offer. Whereas, if they’re not a past customer, then we can introduce some offers to get to purchase.”