Roy Rubin held the cyber equivalent of a barn raising and had several thousand of his closest friends over for the event. Of course, everyone actually stayed home and did the work from their own little cubicles, kitchen tables, laptops on airplanes and Blackberrys on bar tops. That’s how it goes when you launch a project like developing an open source shopping cart, which is what Rubin and his team at Varien did over the past couple of years. The result is Magento, a shopping the source code of which is yours, free for the download, and which is now loaded on servers around the globe in about 45 languages.

Rubin and his team at Varien, a Southern California web and software development company, were absolutely sure that the marketplace needed a shopping cart that had a great foundation – platform – in the kinds of things that ecommerce merchants thought were important. 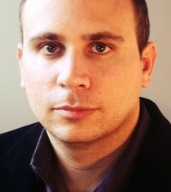 Rubin: We had been involved in the ecommerce industry for sometime and had experienced and seen many of the issues that econ merchants dealt with. So we thought there was an opportunity for us to develop a platform that had all the necessities that on-line merchants expect, and even more, and I think we have done that with Magneto.

While all similar in basic structure, every on-line store is different and every merchant has his or her own ideas about how things ought to happen. A lot of software users through the years have suffered in relative silence as they bought boxes full of discs that had magic stuff on them, but which the user was powerless to change. The other frustration is in the purchase of software with money up front followed by varying levels of service—some of which you pay for—that attempts to fix bugs and provide scalability. This decades-long frustration gets some relief in the open source market.

Rubin: There are a number of factors that go with the decision to use an on-demand open source product. Up front cost (none) is a factor, but I also think the scalability, flexibility and transparency that an open source platform brings to the table is very attractive to an online merchant.

Open source software platforms are not a new thing; in fact, Varien’s Magento is not the first one in the marketplace. The idea is that an open source system is free for download by anyone who wants to use it. The user is free to twist and tweak and add and subtract. Their tweaks and such often times find their way into the master code as the original platform undergoes constant grassroots evolution, all the time delivering a system that actually works the way the user wants it to. It is a collectivist system that any social progressive would be proud of. Except that, generally, the system is only as good as the enthusiasm of the volunteer force in charge.

Rubin: We are different from other open source projects in that there is a company behind the software. That is as opposed to a scattered volunteer group with a like need that tries to put something together for that need. There is no company behind things like Zen Cart, for example. We are a company and we are aggressively pushing the development of the project. There is every reason to think that it is as solid and reliable as any commercial product.

With Rubin’s platform already developed and functioning, the commercial version of the open cart meets the social version. The platform still benefits from the energy and wisdom of a huge force of contributors, who help keep the cart evolving and offering a broader range of features. All the while, Varien provides a business structure to the project.

Rubin: We have attracted right at 20,000 community members in the nine months since our release. The community contributes in many ways. Translation (into other languages) is a big way they help and they provide extensions to the platform. We get a lot of bug reports, of course. Magento has been translated into 45 languages. We invested a lot in providing a very translation-friendly environment so that translators can work in a very stable setting. As I said, everything is transparent, you can actually go on our community website and see the progress of the translations that are now in development.

And now come the voices, “I’m not a techie, I don’t write code. I wouldn’t have a clue about how to change or fix something.”

Rubin: That’s a challenge, when you consider who really benefits from an open source project. At the same time, I think there are a lot of people who can use Magento right out of the box with little of no modification. There are those who want to run a business a certain way and require extensions or custom development but don’t really know anything about software development. However, they can still feel the flexibility by getting involved in the forums where they can ask questions and get answers from the rest of the community.

So how does Magento stack up against those other commercial, closed source systems? Apparently quite well. Out of the box (or off the server) it competes with the commercial options well, and the community seems to be serving itself with considerable interplay. A look at the forums on the Magento site shows plenty of interaction among the 20,000 members. There are some features that the pay-for-play packages don’t do well.

Rubin: Right out of the box Magento supports multiple stores, which is very rare, even in the high end proprietary packages. There is a strong merchandizing and marketing capability. The cart gives one the ability to run an infinite number of promotions, which, again, is very rare.

Okay, Mr. Rubin, the Magento package is good, you have lots of people using it, tweaking it, translating it, but you give it away. What in your business model generates revenues?

Rubin: Our open source model is based on our offering services. We provide full line of consulting and support. It is clear an online merchant who uses Magento in a mission-critical application will want a number to call when they need help with it. It is critical that we provide warranty for the product. On top of that you will see additional products and services coming out over the next few months.

Varien’s revenue stream comes from providing varying levels of support to merchants who use the cart and are not bug hunters or killers. A Silver Support package for example costs about $500 a year and provides telephone and online support for a specific number of incidents. The scale runs to something called a Platinum Support package which provides unlimited 24/7 support for the merchant and which is quoted based on the server application and hosting configuration of the store. A merchant may also request a custom support configuration based on his specific situation.

You could say that Magento, the free software package, isn’t really the product at all. It is the marketing tool. The products are the service and other products offered by Varien. With Magento out there attracting a growing open source community, Rubin and his Varien team used their considerable online resources to get it into more hands.

Rubin: The blog worked well – the Varien Blog – we have used it for a couple of years and it was definitely a key to getting the word out (about Magento).

Of course having the Magento platform in the hands of 20,000 of your best friends keeps the Internet alive with activity and content about Magento, and, of course, about the services offered by Varien. Not only that, Rubin enjoys something else vital to any ecommerce merchants – plenty of instant feedback.

Rubin: The feedback level of is very different from the typical proprietary product. We hear about anything and everything, some good and some bad. It is our job to filter all that information and find the comments that are worthwhile to our mission. Some users are happy with what they have and some aren’t, there is a full gamut of ideas.

The Varien team is working on a new product that will hit the market in late June.

Rubin: We going to be launching a mobile version of Magento. We want every user to have the ability to have his site function on the Blackberry or iPhone. The software will be free to download.

It takes a lot of confidence in what you are doing to make an investment and then give away the product. But Roy Rubin’s ability to see past the blind spot created by the need and desire for quick profits, has allowed him to build an online community that solves both his marketing and future development needs in one smooth move. It’s one of those scenarios that others will admire but few will have the fortitude to follow.