Microsoft has upgraded adCenter with new features aimed at improving your Bing advertising campaign. The features include an ad preview tool and a search query performance report.

To get a better understanding of the value of the upgrade, we contacted SEM/SEO specialist Greg Latpevsky who has on pay-per-click advertising for Practical eCommerce.

Practical eCommerce: As a pay-per-click (PPC) expert, could you tell us your view of the upgrade?

Greg Laptevsky: “My view on the upgrade is certainly positive. I’m very happy to see that Microsoft is actively working on releasing PPC system updates to meet and beat industry expectations. While nothing in the feature set released is revolutionary, advertisers should be a little happier with an extra set of optimization tools.”

PeC: What is in the upgrade that can help ecommerce merchants?

Laptevsky: “Search query performance report is by far the most useful feature out of the entire release. This report essentially allows you to look at actual search queries that triggered your ads and do the following: Create keyword filters for all irrelevant junk and learn what keywords customers are actually searching to find you and add those keywords.”

Laptevsky: “The volume is negligible, especially for ecommerce.”

PeC: Bing’s been out for almost six months now. What’s your take on it thus far?

Laptevsky: “It’s just as good as Live.com or MSN.com. Ultimately, the only thing that matters is search query share. If Microsoft is able to change some Google habits, great. The functionality will catch up.”

PeC: Are you using Bing for your client’s campaigns?

Laptevsky: “Absolutely. We find that Bing is not exactly your number one sales producer, but whatever comes in from Bing is usually very cheap. There is no reason not to run ads on Bing if you’re running Yahoo! and Google.”

The Growth of Bing 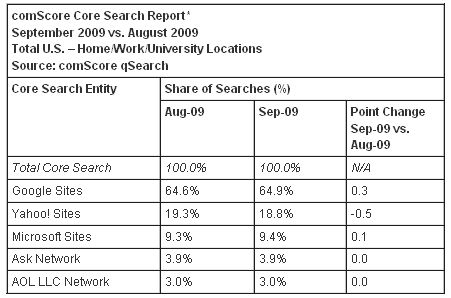 And Microsoft doesn’t seem content with its standing in the search engine market. Just yesterday the company announced they’re teaming up with search engine startup Wolfram Alpha to change the nature of search via Bing. For example, rather than provide a user with a list of links, Bing will–in theory–be able to answer questions posed in a search.

Microsoft stock has also grown steadily since the introduction of Bing. The company’s stock price on June 1, 2009 was $21.40 per share, while yesterday it closed at $29.12 per share.