The iPhone and iTouch are the fastest-growing technology platforms in history. That is according to Morgan Stanley analyst Mary Meeker, who also predicts that mobile commerce will dramatically grow in the U.S.

M-commerce Around the World

Japan and some Scandinavian countries are ahead of the United States in the use of mobile commerce, and mobile payments in these countries have already become commonplace. As of March 2009, Japan had 50 percent more 3G subscribers than the United States, according to a report from communications research firm TeleGeography.

The use of the mobile technology as a payment gateway first started in Helsinki, Finland in 1997, when a company owned by Coca-Cola installed two mobile-optimized vending machines. And NTT DOCOMO, Japan’s top cell phone carrier, launched the first 3G network in 2001.

Japanese mobile users are now able to use their phones for most everyday transactions. You can purchase a plane ticket and use the e-statement stored on your phone to check into your flight. You can locate nearby convenience stores or vending machines using mobile GPS and then make the purchase from the device itself.

But the U.S. mobile market may outsize Japan by 2011, the TeleGeography report states. By now, 85 percent of Japanese wireless users are on a 3G network. Because the U.S. has a larger population, and less 3G saturation, it has growth potential.

How Are Americans Using Their Mobiles?

For now at least, many Americans are wary of using their mobile devices to actually make purchases. Deloitte, a large-scale consulting firm that provides market analyses among many other services, publishes an annual report of holiday shopping behaviors. The 2009 Deloitte report offers some helpful insights to mobile merchants.

According to the report, 19 percent of the 10,000 consumers surveyed said they planned to use a mobile phone to assist in their holiday shopping. But only a quarter of that percentage said they would use their mobile device to actually make a purchase. The majority of the mobile users surveyed said they would use their mobile devices for researching products, prices and store locations.

Optimizing ecommerce for mobile customers is a job of Conrad Sheehan, CEO of mPayy. Sheehan founded the Chicago-based multi-channel payment gateway in 2007.

Merchants who use mPayy can accept payment through several channels. Consumers can use mPayy to link to a bank account and make payments via their mobile phones.

Sheehan said m-commerce is catching on in the U.S., though it is still mostly based on product research for now. 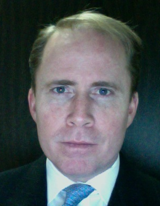 “2009 will be looked at as the year people started accessing shopping info on device,” Sheehan said. “(There is) still an immeasurably small amount of transactions.”

Sheehan said most transactions will be small-ticket items, bill payments and digital media used on the mobile device itself.

Security concerns and the difficulty of filling out payment forms on a mobile device are some of the reasons mobile transactions are still so underutilized, Sheehan said. One important security concern is making sure sensitive information is not stored on the device itself.

“We don’t like that model and don’t see it prevailing,” Sheehan said. “Too many phones get lost.”

For now, merchants should keep in mind that a growing number of consumers will want to look up information about their products on mobile devices. Some merchants may also want to consider creating apps for selling small-ticket items or digital media. Apps can also be used for marketing, and mobile video continues to gain in viewership.

In the coming months, Practical eCommerce will be speaking with m-commerce experts, offering tips on optimizing websites for mobile devices and evaluating online stores and apps for how well they utilize mobile technology.