Mobile payment processing can help merchants take advantage of the one item people rarely leave home without: a cell phone or mobile device.

Accepting payments by text verification has been in practice since 2006 when companies like PayPal began offering a mobile option that allows users to proceed through a checkout using SMS [short message service].

Learning more about the many different pay-by-SMS functions out there is easy. Most of the largest ecommerce players have this option, including Amazon. It is much more difficult to get an idea of how many customers prefer to use this buying method, as these companies are secretive about giving concrete numbers.

Regardless, many saw the $8 million of Haiti relief aid generated by the International Red Cross as proof that people are increasingly willing to make at least small transfers by mobile phone. On Jan. 13, a day after the earthquake struck the Caribbean nation, the Red Cross began accepting $10 donations from mobile users who texted “Haiti” to 90999.

It could be more difficult for ecommerce merchants to generate the same level of trust with mobile users as this international emergency response organization. However, some new mobile start-ups are enabling credit card checkout options on mobile devices, and tech blogs and investors are lauding them as the next step in mobile payment processing.
Virtual Items

As of now, it seems paying by mobile is most effective in the world of social media, which is becoming increasingly commonplace for users to use their phones to add small amounts to their monthly phone bills. In exchange, they usually get a specified amount of a virtual currency with which they can buy items that do not actually exist. Go figure.

Boku (now Paymo on the consumer side) arranges a system of trading real money for play money; it has garnered $25 million in start-up capital since its launch last June, according to its news release. Another similar service, called Zong, made a deal with Facebook to support its virtual currency, Facebook Credits. 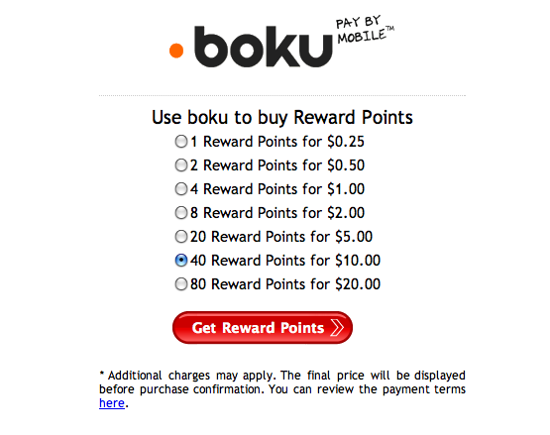 Boku is used predominantly by social media and gaming utilities, many of which offer virtual products for a low price. The wildly popular Facebook game Mafia Wars by Xynga (more than 24 million monthly active users) lets players get the advantage on each other by buying virtual items using Boku. A user can simply choose his or her mobile carrier and enter a phone number. Boku will then send a text message to that number, and the users return-texts “Y” to confirm the payment, which is added on to the customer’s monthly phone bill. 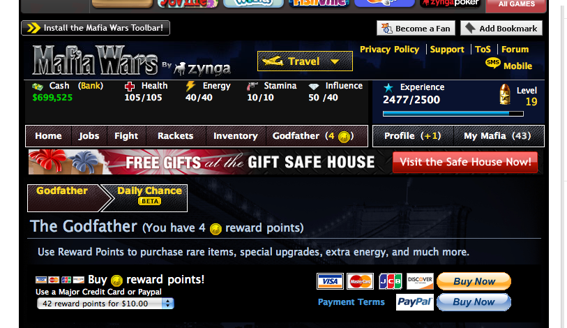 Many sites offering small-ticket digital or virtual items, usually included as some part of social interaction, have readily adopted this type of mobile payment. There is no registration process are not slowed by having to input data into forms or even break out their credit cards.

This type of mobile payment utility is probably less useful for a merchant selling real physical items with higher price tags. There are other options for accepting mobile payments, but many of these require the merchant and the customer having an account with the same mobile payment gateway. Others, such as mPayy, link directly to a consumer’s checking account, so that, once the mobile consumer is signed-up with mPayy, he or she simply enters a cell phone number or a password to facilitate the payment to a merchant.

Some mobile payment providers are able to make a mobile device capable of accepting credit cards. Merchants can use apps like Credit Card Terminal for iPhone, which allows merchants to input credit card information into their device, charge it and have the customer sign a crude rendition of their signature using the touch screen.

One upcoming app, called Square, will include a credit card swipe device that plugs into the audio input jack of a mobile phone or even a laptop computer. This could greatly change the way people like street vendors or artists accept payments. According to Square’s “About Us” page, the idea came when San Francisco-based glass artist Jim McKelvey could not accept a credit card payment for one of his pieces. 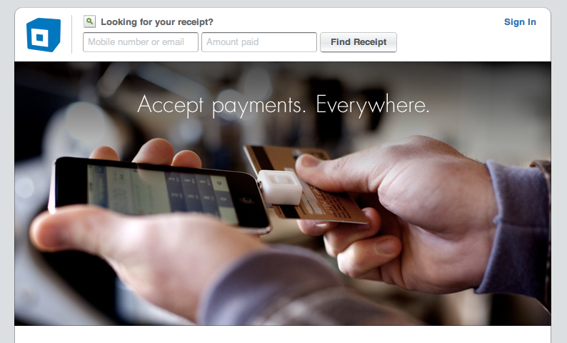 These special kinds of mobile payment utilities will be helpful tools for certain e-merchants with highly specific demands. However, depending on what type of shopping cart software they have, most merchants will be better off creating a mobile-optimized site that functions similarly to their traditional websites.

The only difference should be that the site would detect whether a customer is visiting on a mobile device and serve up the content and layout differently so they render cleanly without requiring excessive navigation from the user. This could then trigger a separate mobile payment option that’s easier for users of that platform. Certain merchants may also want to consider creating an iPhone or Android application, depending on the potential return on investment.

In upcoming articles, Practical eCommerce will be asking a variety of experts about realistic mobile strategies for smaller online businesses.